The Virgin Islands braced for the effects of Tropical Storm Fiona from Friday, but the system barely brushed the territory, depositing some five inches of rain as its eye passed …

END_OF_DOCUMENT_TOKEN_TO_BE_REPLACED 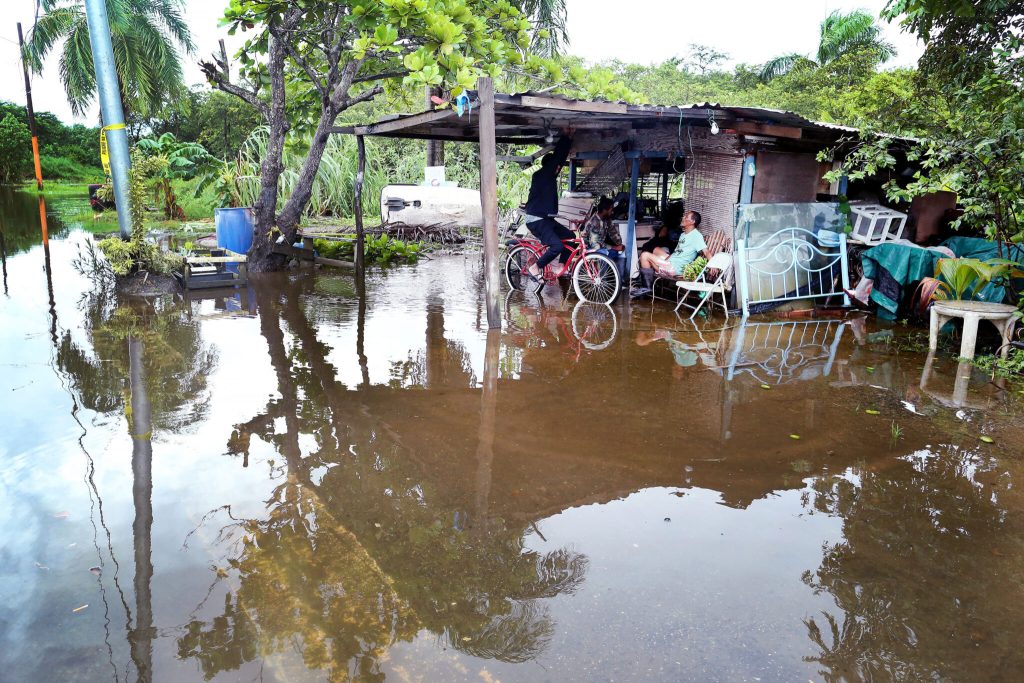 The Virgin Islands braced for the effects of Tropical Storm Fiona from Friday, but the system barely brushed the territory, depositing some five inches of rain as its eye passed about 160 miles to the south over the weekend, according to the Department of Disaster Management.

No major damage was reported, though landslides briefly blocked a road in East End and some areas saw minor flooding and fallen trees before DDM issued the “all clear” at around 8 p.m. on Sunday following the discontinuance of a tropical storm warning for the VI.

Nearby islands, however, weren’t so lucky. Before arriving here, the tropical storm tore through St. Kitts and Nevis as well as Guadeloupe, where at least one person was pronounced dead after being swept away by rushing waters.

And after passing the VI, the storm grew to hurricane strength on Sunday morning shortly before making landfall in Puerto Rico, where it caused an island-wide power blackout as it dropped some 30 inches of rain and brought major flooding and at least four deaths.

In the VI, preparations began early.

Deputy Governor David Archer informed residents last Thursday afternoon about the formation of Tropical Storm Fiona and noted that the territory was under a tropical storm watch.

At the time, he said that the hurricane was 626 miles away from Road Town, moving toward the Leeward Islands with wind speeds near 60 miles per hour extending out up to 140 miles from the centre of the system.

“Forecasters believe that this system will pass near to us this weekend, bringing heavy rains and windy conditions here as early as late Friday,” he said. “That being the case, we can anticipate the likely impacts will be rough seas; flash flooding, especially in low-lying or flood-prone areas; and gusty conditions.”

The following day, the government announced the closure of all airports and ferry terminals until an “all clear” was issued.

By that time, Mr. Archer said the storm was 269 miles southeast of Road Town with wind gusts of 50 miles per hour extending outward from the centre as far as 140 miles.

“Based on the current track, Fiona’s centre is forecast to pass approximately 118 miles south of us tomorrow,” he said on Friday.

But the eye of the storm passed to the south without bringing major damage — or even much heavy wind or rain.

At 11 a.m. on Sunday, Fiona was upgraded to a hurricane.
Shortly after that, Mr. Archer warned residents that rain and wind were still likely, noting that at least one gust of wind exceeding 46 miles per hour had been clocked in Road Town.

All of the territory’s air and seaports remained closed.
Teams from the Public Works Department were as- sessing and clearing roadways that morning, but none of the major islands reported any major damages to roads, infrastructure or essential facilities, he said.

“However, experts advise us that based on the storm’s movement and strengthening, we should brace for periods of showers and wind gusts throughout today, Sunday,” he said. “This means that there is still the possibility of flash flooding, rock falls, and other impacts associated with ongoing showers in our unique terrain.”

By Tuesday evening, Fiona had been upgraded to a Category Three hurricane after causing widespread damage and power outages in Puerto Rico and the Dominican Republic.

US President Joe Biden declared a state of emergency in Puerto Rico on Sunday and Puerto Rico Governor Pedro Pierluisi estimated that the storm had caused billions of dollars’ worth of damage.

Mr. Pierluisi said that about 1,000 stranded residents in 25 regions were rescued, and he urged others to remain indoors.

As of Tuesday night, more than 2.64 million of the total
population of about three million Puerto Ricans were without electricity, Reuters reported.

In the Dominican Republic, the storm reportedly left more than 1.1 million people without public drinking water and about 700,000 without electricity.

Fiona gathered more strength while moving north- northwest at 10 miles per hour toward the Turks and Caicos Islands, where it hit on Tuesday morning.

With maximum sustained winds nearing 115 miles per hour, the hurricane was expected to become a Category Four today.