Culinary talent was in the spotlight last Thursday during the first annual Sip N’ Sweets event hosted by the H. Lavity Stoutt Community College, where students created original dishes and …

END_OF_DOCUMENT_TOKEN_TO_BE_REPLACED 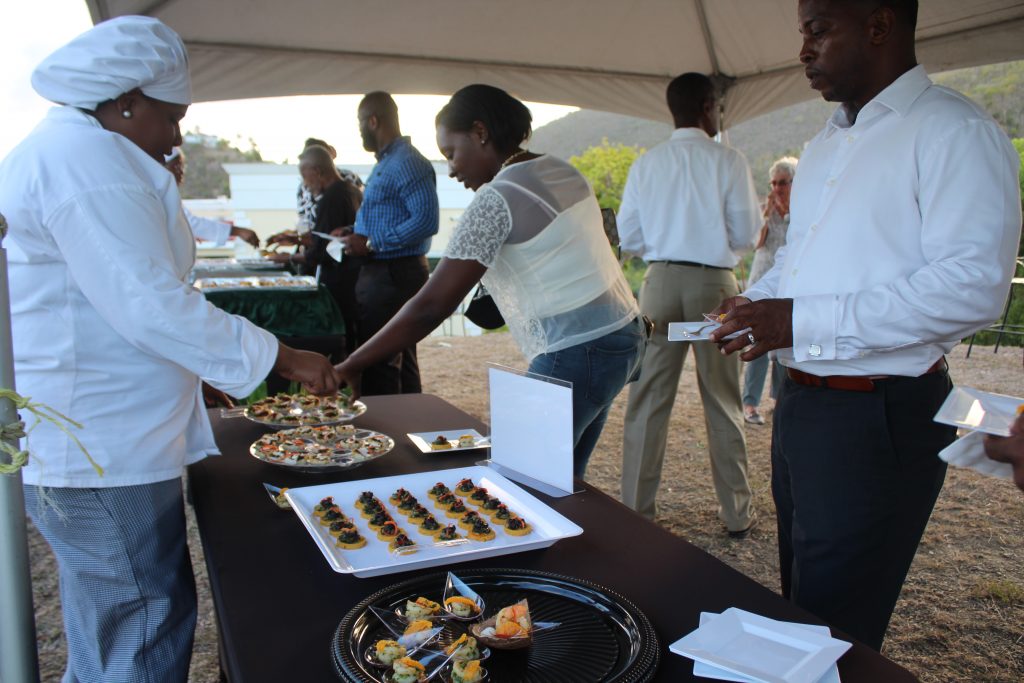 Culinary talent was in the spotlight last Thursday during the first annual Sip N’ Sweets event hosted by the H. Lavity Stoutt Community College, where students created original dishes and cakes to demonstrate the skills they’ve learned throughout the year.

Pineapples to represent hospitality, palm trees illustrative of the line of trees outside of the college, and fondant in the shape of “30” to celebrate the 30th anniversary of the college were all major themes for five cakes designed by students.

Radiance Modeste, a second-year culinary student, stood by her two-tier cake and explained her design.

“The top represents hospitality and the college, and the bottom has some stones and represents me because it is elegant,” she said.

Ms. Modeste and others spoke to guests at the event, sharing their inspirations and aspirations for culinary careers. 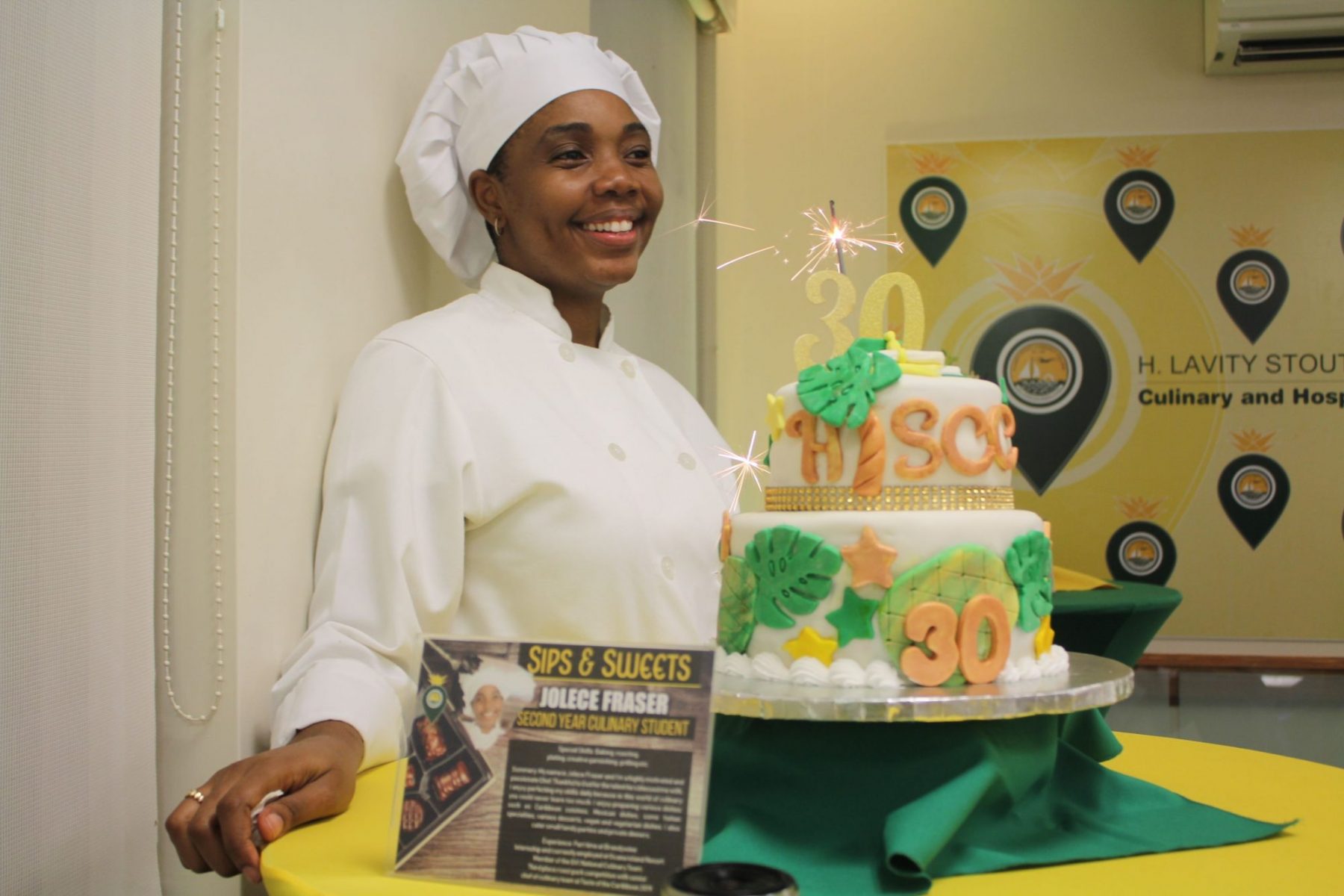 HLSCC Hospitality and Culinary Director Keisha Davis-Barnes explained that re-vamping the programme has been a long time coming.

“I’m happy to be here today to open up a platform that I have dreamed for a long time,” Ms. Davis-Barnes said. “Culinary talent is a lifestyle and it’s important to me, and coming here as the director my main goal was to re-brand the entire programme for our students to be very successful in culinary, hotel management, and food-and-beverage management.”

Cool breezes passed through the white tents set atop the hill where the college’s culinary arts centre perches in Paraquita Bay, across the street from the main campus. Guests parked in front of the Centre for Applied Marine Studies and were transported up the hill by a rental van.

“It’s a great experience to socialise and be out in the public and portray what I learned [in college],” she said, adding that eventually she hopes to own a hotel.

First-year students were under the tents, serving authentic dishes “found nowhere else in the British Virgin Islands,” Ms. Davis-Barnes said. 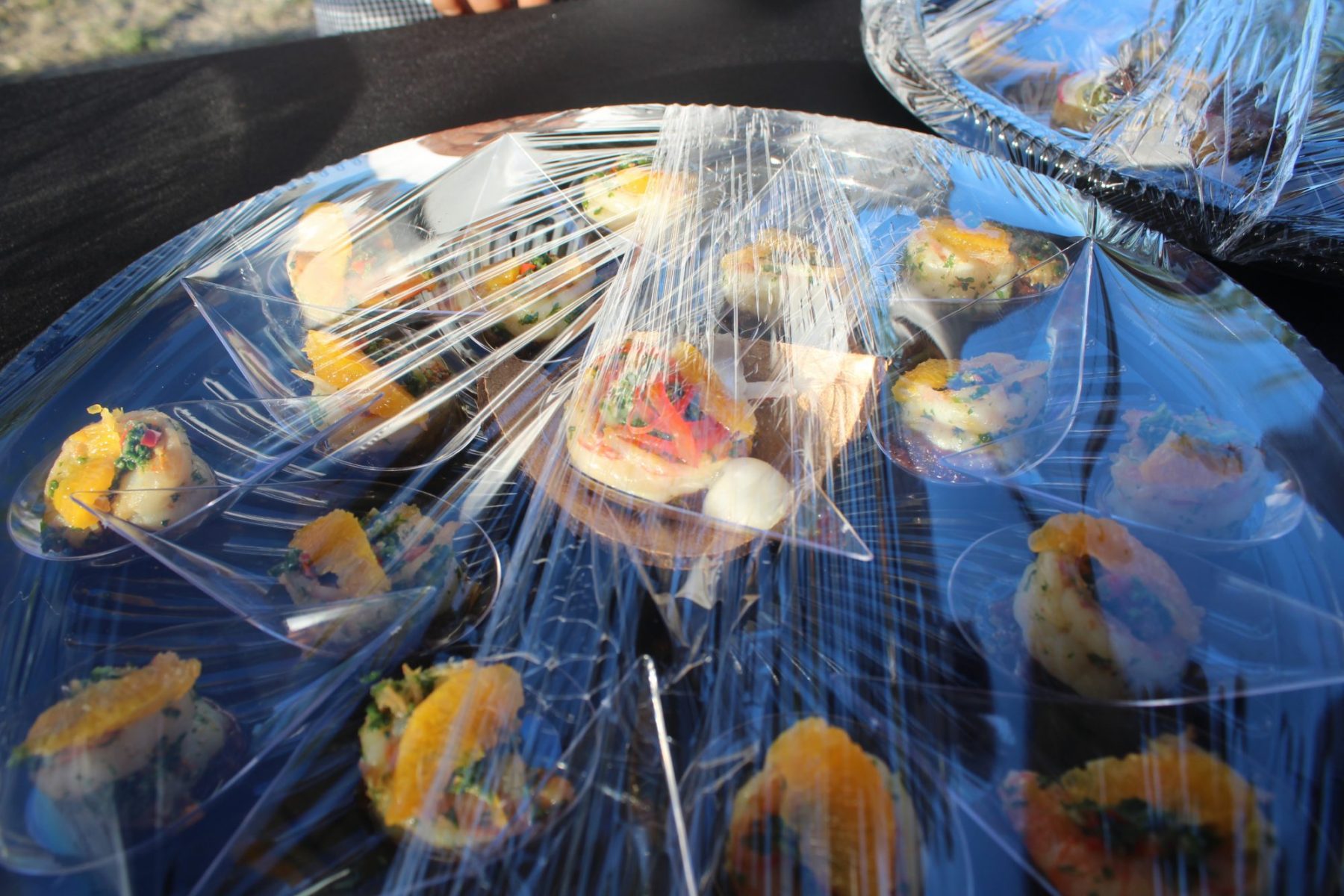 Inside the conference room, students displayed their original cakes commemorating the 30th anniversary of the college.

Because of social distancing protocols, only five guests were allowed inside at a time.

HLSCC Board Chairman John Samuel said a few words during the event as well.

It wasn’t an easy road since Hurricane Irma hit in 2017, he added.

“When the new board began, the college was post-Irma. The centre wasn’t functional. We had to do a lot of work to get it functional. We re-invested a lot of the college’s funds,” he said, pointing to the building behind him where the kitchen and conference room were located. “We have rebuilt this centre.”

Ruins remaining on the hilltop, he said, will eventually be renovated to expand the campus. 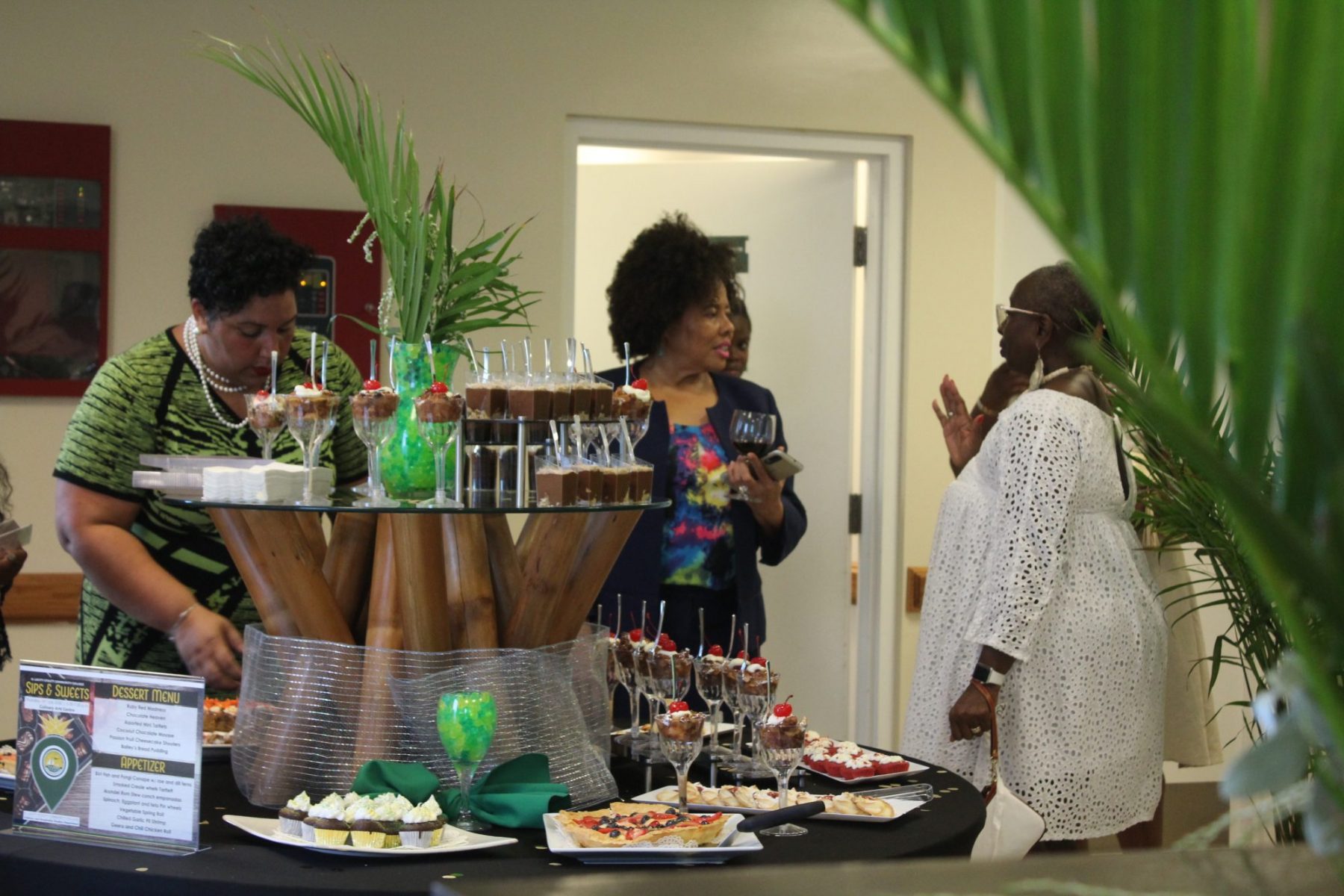 “This is indeed a permanent part of the future of the college, I believe,” he said. “It is a dream of the college that culinary becomes one of the benchmark products that we sell not only in the BVI but regionally and maybe even internationally.”

“The dreams that Mrs. Barnes has for this institution will definitely take some funding, but given what we know in terms of tourism being one of our pillars, it is necessary for us to be able to monopolise and fully engage in the industry,” she said.

She gave her pledge to support the programme with financial contributions and any other needed help.