The first baby of the year was born at 10:15 a.m. on New Year’s Day at the Dr. Orlando Smith Hospital and his name is James Zolfi. He came into …

END_OF_DOCUMENT_TOKEN_TO_BE_REPLACED 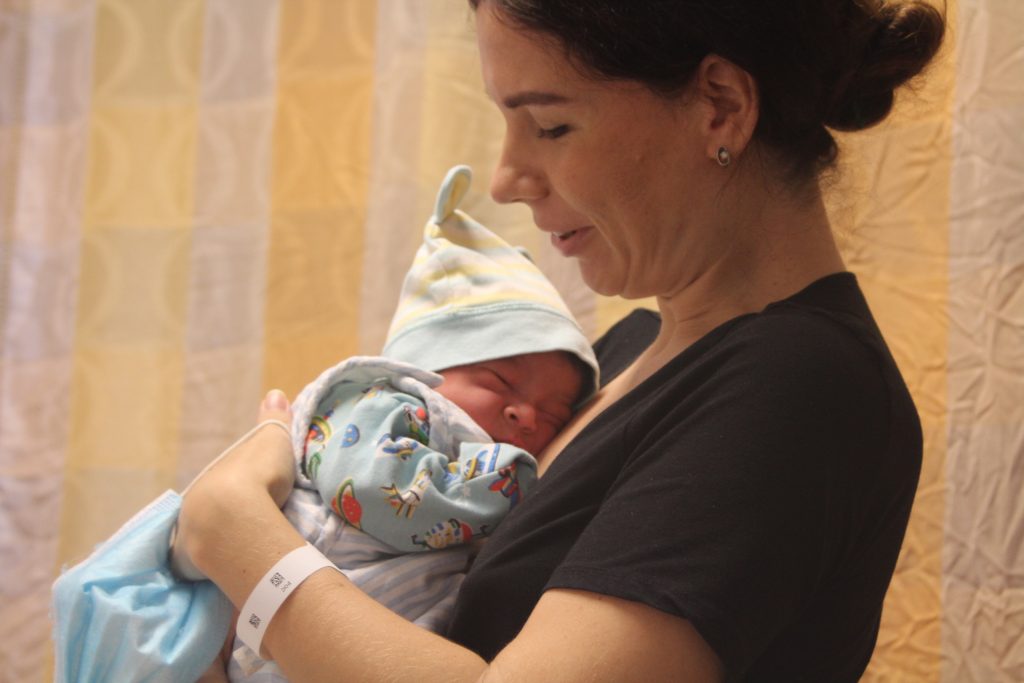 The first baby of the year was born at 10:15 a.m. on New Year’s Day at the Dr. Orlando Smith Hospital and his name is James Zolfi.

He came into the world on the anniversary of his mother and father’s arrival to the Virgin Islands on New Year’s Day in 2020.

“It’s kind of nice we had the baby on the anniversary,” said mother Maria Sirozhenko.

On a quiet Sunday afternoon, Ms. Sirozhenko had just completed a check-in with the doctor and baby James was asleep.

She said she was doing well and felt relieved to deliver the baby after nine months of pregnancy.

Though James was due on Jan. 4, Ms. Sirozhenko said it was interesting that James was the first baby of the year in Tortola.

Doctors and nurses celebrated the occasion by bringing balloons and flowers to the room, and Ms. Sirozhenko spent the day telling her family members abroad about the occasion.

The couple came to the VI in 2020, just months before the lockdown.

Ms. Sirozhenko said that she worked a lot this year, and that the most disappointing thing was having to skip holidays due to the pandemic and stay in Tortola.

The Zolfi family is originally from Russia, but they have lived in London and are accustomed to travelling for the holidays to visit loved ones.

“I’m hoping things will go back to normal and to show James to our parents and friends,” Ms. Sirozhenko on Sunday.

Weighing eight pounds and six ounces, the baby came into the world rather quickly that day in a labour process that was smooth and without complications, according to nursing staff at the hospital.

When Ms. Sirozhenko’s water broke at 8:30 a.m., she said, her family didn’t have time to finish breakfast since her contractions began soon after.

By the time she reached the hospital, the baby was almost ready to arrive, and her dilation was at around nine centimetres.

“She only had one to two centimetres to complete,” said nurse Nyasha Olive, who helped deliver the baby. “It was short and nice.”

There wasn’t much to monitor, added nurse Morvette Nash, and “no complications at all.”

James was one foot and nine inches tall at the time of birth.

The hospital delivered a baby girl later the same day at around 10:17 p.m.