On April 15, officials celebrated the territory’s relatively low number of Covid-19 cases and announced plans to reopen the territory starting this week. The same day, however, a 52-year-old Filipino …

END_OF_DOCUMENT_TOKEN_TO_BE_REPLACED 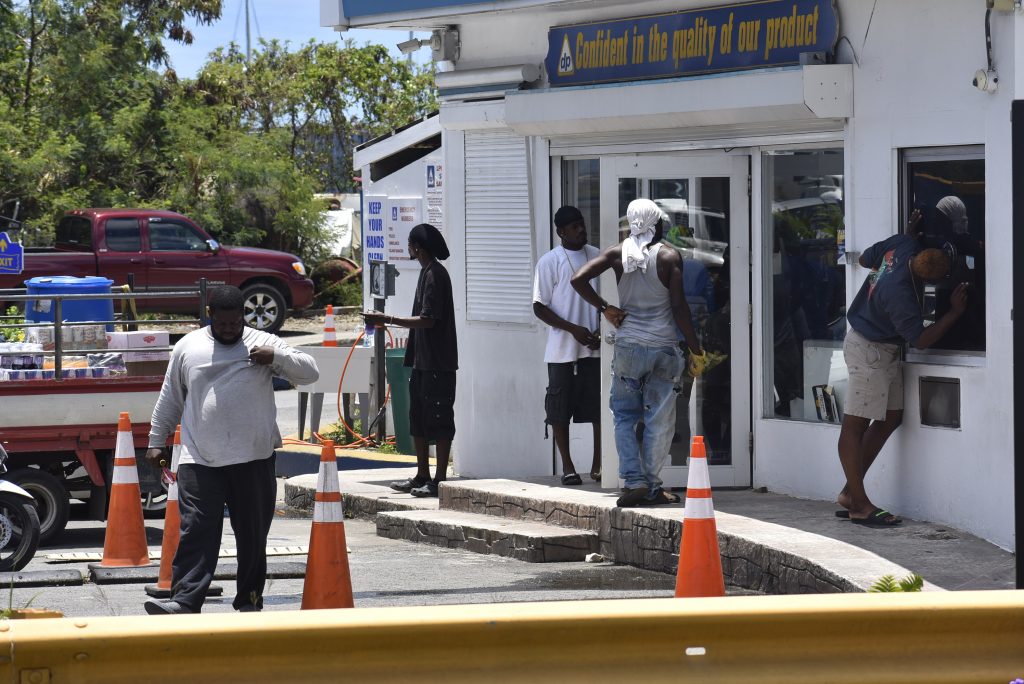 On April 15, officials celebrated the territory’s relatively low number of Covid-19 cases and announced plans to reopen the territory starting this week.

The same day, however, a 52-year-old Filipino woman with the disease was fighting for her life in the isolation wing at the Dr. Orlando Smith Hospital.

Three days later, she lost the fight, becoming the first known Covid-19 victim to die in the territory.

The woman was the fourth confirmed case in the Virgin Islands, and officials announced on Sunday that another person had tested positive as well.

Though leaders cancelled plans to reopen the territory — instead adding six days to the 14-day lockdown that had been scheduled to end Monday morning — they have not yet confirmed the apparent community transmission of the virus that causes Covid-19.

They are, however, using the round-the-clock curfew to continue contact tracing, they said.

On Sunday, the Caribbean Public Health Agency released the results of 24 tests that had been transported to its Trinidad headquarters two days earlier, Premier Andrew Fahie said the same day in a statement broadcast live on Facebook.

Of these 24 samples — which were taken from the deceased woman; 22 of her immediate contacts; and a resident who had previously fallen ill with Covid-19 and was being retested for recovery — 22 came back negative and two came back positive, including the deceased woman and another resident, Mr. Fahie said.

The resident who had previously contracted the disease tested negative, the premier added.

All told, 90 people have been tested, and there have been a total of five confirmed cases in the VI, three full recoveries, and one death, the premier said.

Meanwhile, efforts to isolate the disease have continued.

After the woman was admitted to the hospital on April 15, the entire apartment complex where she lived was quarantined, Mr. Fahie said, though he implored some residents who had left the premises to return so health workers could thoroughly contain any possible spreading.

Including that effort, the number of quarantined people in the territory — which earlier last week had dropped to five — spiked to 181, Health and Social Development Minister Carvin Malone said Sunday night.

To help with the tracing effort, the government has launched an iPhone and Android app that helps individuals consult with their physicians and track potential symptoms of Covid-19, Mr. Malone said.

In light of the new developments, officials have continued to urge caution.

“People of the Virgin Islands: Let me make it clear to you that we are not out of the woods,” Mr. Fahie said. “But at the same time, we will not lose hope.”

On Sunday, the premier also gave an update on actions taken during a Cabinet meeting that day.

They included receiving a “situation report” from the Health Emergency Operations Centre and reviewing and approving an amended “HEOC Territorial Provisioning Logistical Plan,” he said.

Neither of these documents have been provided to the public and the Beacon’s attempts to obtain them were not successful.

The Cabinet also approved two payments to the HEOC from the government’s consolidated fund: $2 million for “the Covid-19 Fund for the purposes of food provisioning;” and $800,000 for house-to-house garbage collection, according to the premier.

The premier still has not unveiled the comprehensive economic stimulus package he has been promising, but last Thursday in the House of Assembly he provided a few broad updates on his government’s plans for the way forward.

The tourism sector has been particularly crippled by the pandemic, and in conversations with industry stakeholders, there are concerns about when the borders will reopen, when guests will return, and how employers can retain their staff until business rebounds, Mr. Fahie said.

Though the premier did not offer any concrete measures for protecting the tourism industry during this historic lull, he did say, “Our borders have to remain closed for a while.” Mr. Fahie also broadly highlighted some areas that he said could stimulate the economy while borders remain closed, including boosting internal tourism, food security and renewable energy, and focusing on job training and skills development.

Though the VI will likely have to seek funds from out-side governments and organisations to recover from the economic downturn, Mr. Fahie said, his aim is to avoid “handouts.”

“We recognise there will be the need for some charity, but as much as possible we want there to be an exchange of value,” he said.

The NFAP would accept humanitarian donations to finance food grants for needy families.

The other two funds would accept voluntary contributions from businesses which would be applied as a prepayment on their property tax, Mr. Fahie explained.

The CRF’s funds would go towards the purchase of test kits and ventilation equipment and the execution of quarantine initiatives; and the NRF’s would be used as collateral for financial institutions and funding for online learning platforms, he said.

All of these funds would be governed by a board of directors made up of business, government, and non-profit representatives, he explained.