The BVI Fishing Complex in Baughers Bay has remained closed since it sustained major damage during Hurricane Irma, but plans to renovate the building are in the making. Prior to …

END_OF_DOCUMENT_TOKEN_TO_BE_REPLACED 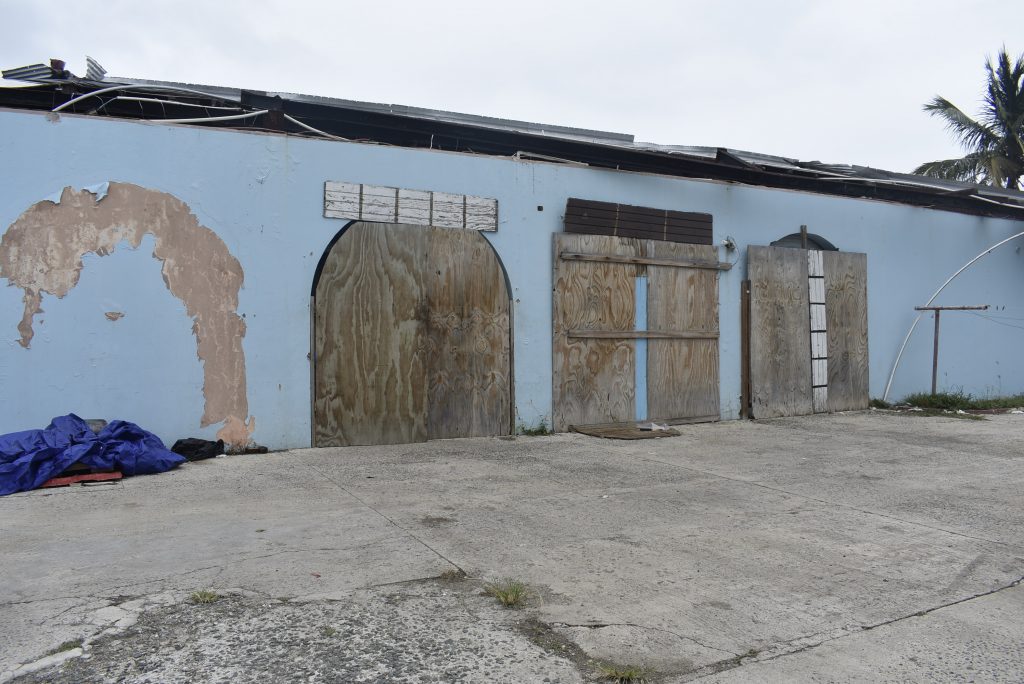 Once a hub for fishers to bring their catch and earn a living, the BVI Fishing Complex has remained closed and rundown since Hurricane Irma in 2017. Fishers have found other ways to sell their catch.

The BVI Fishing Complex in Baughers Bay has remained closed since it sustained major damage during Hurricane Irma, but plans to renovate the building are in the making.

Prior to the hurricane, fishers would bring their catch to the complex, where it was bought by the government and sold to the public.

In April Fishing Complex Manager Lloyd Williams told the Standing Finance Committee that the building sustained extensive damage and that most of the equipment inside was “totally destroyed” by salt water, according to a report on the closed-door SFC proceedings.

The conditions of the building remain the same to this day, Mr. Williams said this week.

In December 2018, the then-Conservation and Fisheries Department accepted a $400,000 insurance settlement shelled out by NAGICO Insurance, but that money hasn’t been used for renovations yet, according to the manager.

Employees of the complex were dispersed to different departments, including the National Parks Trust and the then-Ministry of Natural Resources and Labour, he added.

Although fishers, many of whom remain in contact with Mr. Williams, struggled for a while from the closure, they are now doing well on their own, he told the SFC.

He said during the deliberations that “fishermen have already found a market for themselves, and the demand for seafood is high,” according to the report.

In fact, just down to road from the abandoned building, fishers sell their catch out of the back of their trucks three times a week, and they are crowded by patrons who await their arrival.

Before the hurricane, all fishers who decided to use the Fishing Complex were required to bring in 60 percent of their catch to the facility.

Mr. Williams estimated that on average, 5,000 pounds of fish were processed in the complex each week.