Local legend Elmore Stoutt got on his dancing shoes and brought his best voice to the microphone as he ramped up a crowd for a celebration of the territory’s cuisine. …

END_OF_DOCUMENT_TOKEN_TO_BE_REPLACED 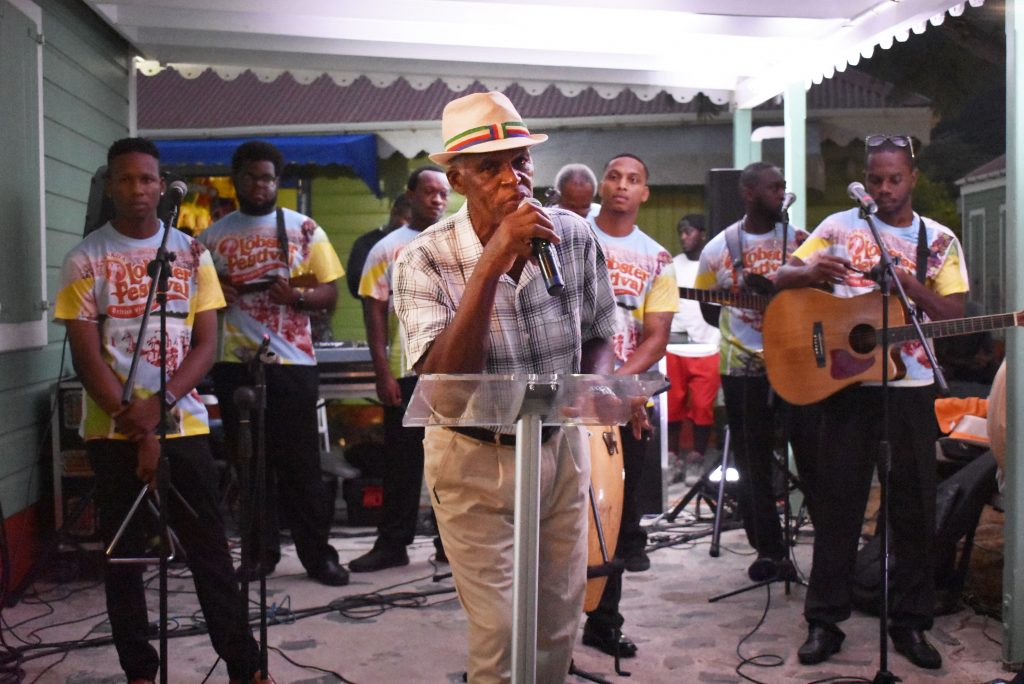 Local legend Elmore Stoutt got on his dancing shoes and brought his best voice to the microphone as he ramped up a crowd for a celebration of the territory’s cuisine.

“Fish is a traditional dish of the Virgin Islands,” he said, be- fore asking the audience, “How do we prepare fish? What’s the easiest way? Well, grilling fish is the easiest way. Steaming it is one of the most delicious ways.”

Stories about the VI’s culinary heritage set the stage for the launch of the BVI Food Fete, which will include activities across the territory in the coming weeks.

As the night progressed, residents showed up to enjoy drinks served by On the Rox and Caribbean Cellars, as well as a live cooking demonstration by VI chefs Radiance Modeste and Tonya Malone Smith.

They prepared fungi and fish, the traditional dish of the territory, garnished with pepper and onion with a side of mango slaw.

The event is just the beginning of a lineup of soirees and other activities throughout the month of November.

“Culinary arts is a big part of the BVI culture,” said Yohance Smith, a management trainee for the BVI Tourist Board. “We have a unique way of doing traditional Caribbean dishes and we want to showcase these unique things.”

This year also marks the 50th anniversary of the establishment of the BVI Tourist Board, an occasion that will be celebrated during the first official event of the Food Fete, the Gourmet Soiree on Nov. 7. Though the celebration officially begins then at the Scrub Island Resort and Spa, another event tomorrow will help launch the culinary month: the Fish and Cocktails Party from 5-8 p.m. at Callwood Distillery, where the public is urged to dress up in Halloween costumes.

Mixologists Jabari Stoutt from Tropix Cocktail Bar, Robert Swain from On The Rox, and Everson Rawlins of the BVI Culinary Team will be at the event creating drinks while the Razor Bladez perform live.