With more than 130 nationalities represented in the territory, the need to bring attention to Virgin Islands culture is urgent, according to Education, Culture, Youth Affairs, Fisheries and Agriculture Minister …

END_OF_DOCUMENT_TOKEN_TO_BE_REPLACED 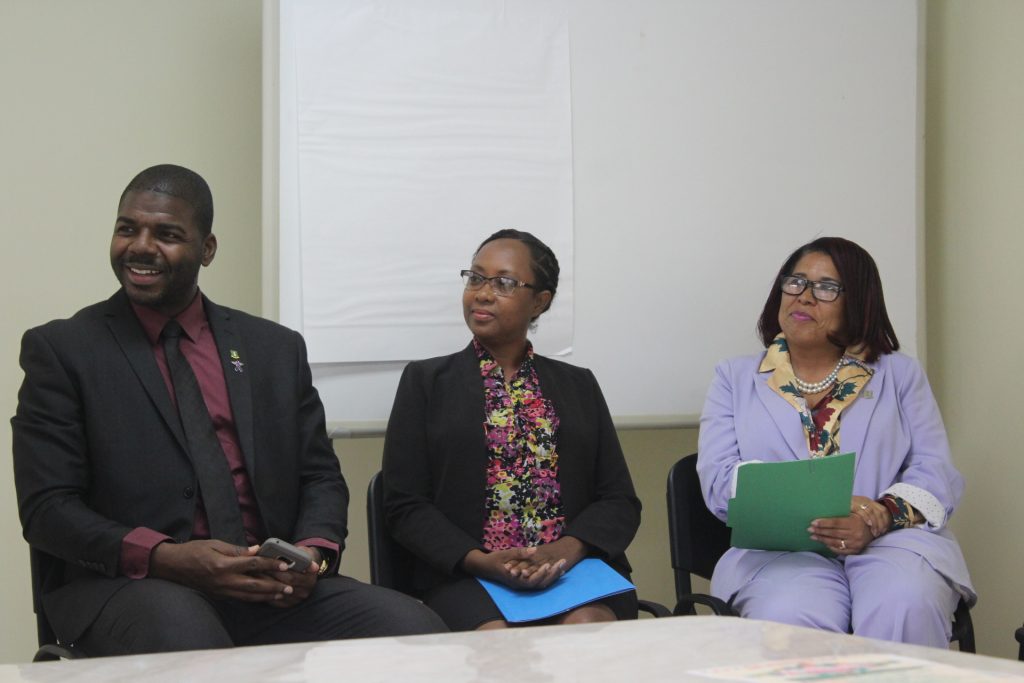 With more than 130 nationalities represented in the territory, the need to bring attention to Virgin Islands culture is urgent, according to Education, Culture, Youth Affairs, Fisheries and Agriculture Minister Dr. Natalio Wheatley.

“This is why we have Culture Week: to invite others from other countries to visit us and be able to participate in it, appreciate it, learn about it,” Dr. Wheatley said during a press conference held last Thursday to announce plans for a series of activities set to kick off on Sunday.

In addition to the Dolores Christopher Festival of the Arts, which took place on Saturday, the territory can expect to see a new documentary about centenarians, a Department of Culture Facebook page, a newsletter and a television show, according to speakers at the press conference, who also included ECYAFA Language Officer Janice George Harris and Deputy Culture Director Anne Leonard.

A related longer-term project is also in the works, Dr. Wheatley added.

“We hope that over the next four years that we will make progress on building a national museum,” he said. “We have to build institutions that will promote and preserve heritage and culture.”

This year marks the 25th anniversary of Culture Week, which begins on Sunday and lasts until Nov. 16 under the theme “Revitalising Virgin Islands Culture as we Celebrate 25 Years.”

Ms. Leonard provided de- tails on the events of Culture Week, beginning Sunday with an opening message from ministers. She encouraged residents to start the week by attending church, which in itself is a cultural tradition for many Virgin Islanders, she said.

On Monday, there will be cultural displays at different ports of entry throughout the territory, as well as general knowledge quizzes. A newsletter will also be released titled “Culturally Yours.”

Later in the week, on Friday, the department will host a Grand Food Fair at the Festival Village Grounds from 10 a.m. to 4 p.m.

At the same location, the department will launch a documentary on two centenarians in the Virgin Islands: William Rymer, who will be 103 years old, and 101-year-old Alfred Fahie. The documentary will also honour the memory of Evelyn Christopher, who died in July at the age of 99.

“They hold so much precious knowledge and the Virgin Islands has changed so much from their birth to the present day,” Dr. Wheatley said of the centenarians. “We have to do a better job of telling our oral history and recording it and documenting it.”

The department will also launch a television show with the support of the H. Lavity Stoutt Community College.

“One of the things we talk about is our young people,” Ms. Leonard said. “Our department is making Virgin Islands culture appealing to our younger people. That is one way we are able to educate them and convince them, ‘This is ours: Grab onto it as much as you do anything else that is trending today.’”