Sustainable food production in the Virgin Islands has been a hot topic since long before the emergence of Covid-19, and legislators are crafting a new bill to comprehensively address it. …

END_OF_DOCUMENT_TOKEN_TO_BE_REPLACED 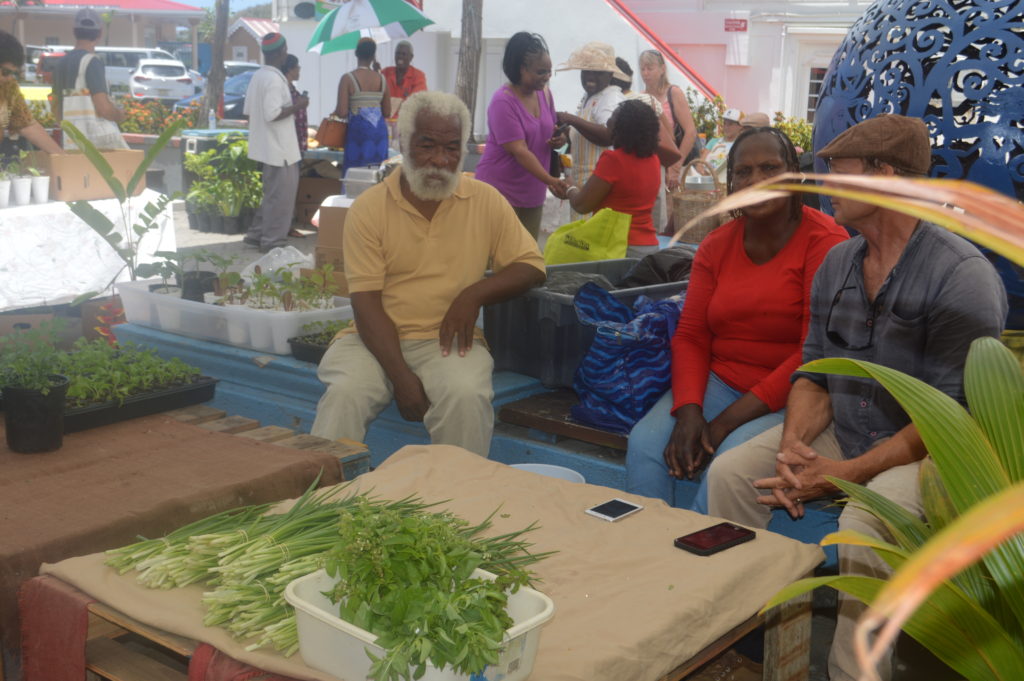 Produce was for sale during a Farmers Market in 2018 at the Sir Olva Georges Plaza. Legislators say a new bill is in the works that would give a boost to farmers and fishers. (Photo: CLAIRE SHEFCHIK)

Sustainable food production in the Virgin Islands has been a hot topic since long before the emergence of Covid-19, and legislators are crafting a new bill to comprehensively address it.

“Various stakeholders throughout the territory are reviewing the first draft of a proposed Virgin Islands food security and sustainability bill,” Dr. Wheatley said. “This bill would modernise our agriculture and fisheries sectors, and support the separation of the regulatory and business aspects of these sectors.”

In May, Natural Resources, Labour and Immigration Minister Vincent Wheatley held a virtual forum welcoming input from ministers, farmers, fishers, restaurateurs and others from Anegada and Virgin Gorda.

Stakeholders shared their insight into what would be needed to revitalise the sector for long-term development.

They identified issues like getting young entrepreneurs involved, being smart about using fresh water for irrigation, finding new ways to integrate farming and tourism, and giving fishers and farmers the tools to be successful on the business side of agriculture.

“You have heard me speak several times about a desire to establish a statutory body to focus solely on the business of fishing and farming,” Dr. Wheatley said Friday. “The statutory body would be established under this bill.”

The minister thanked the fishers and farmers in the territory who helped review the bill, especially regarding the vision for a central marketplace. After visiting several potential sites, he said officials are close to selecting a final location.