For many, new rules sting

As the government has rapidly rolled out new restrictions designed to prevent the spread of the COVID-19 virus here, residents are taking actions to protect themselves but feeling the repercussions …

END_OF_DOCUMENT_TOKEN_TO_BE_REPLACED 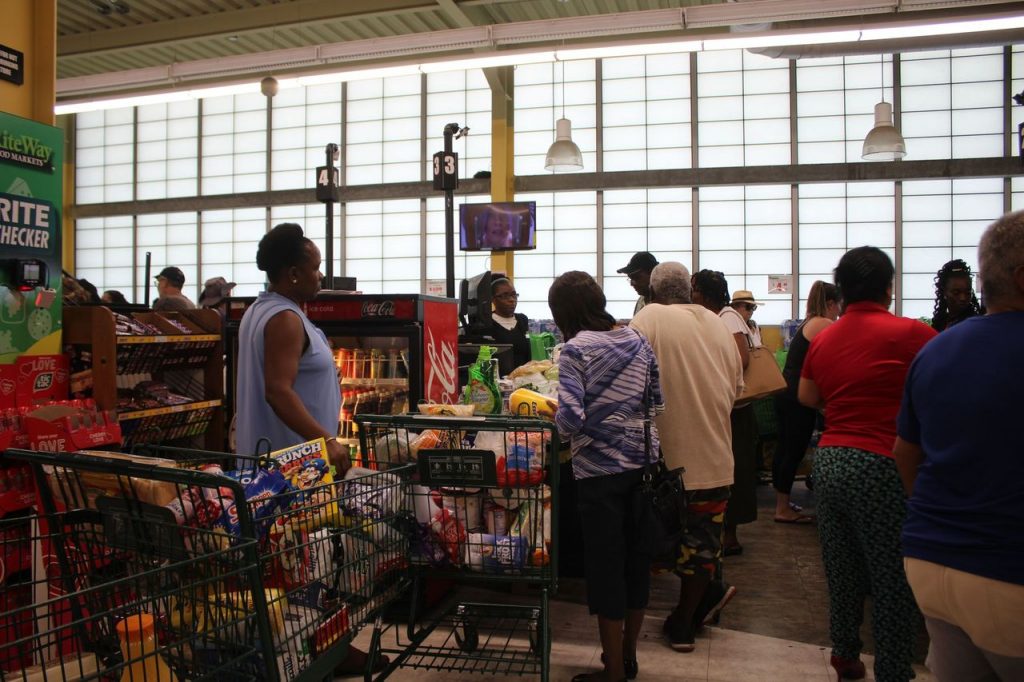 As the government has rapidly rolled out new restrictions designed to prevent the spread of the COVID-19 virus here, residents are taking actions to protect themselves but feeling the repercussions of the global crisis.

“This is like ‘being in irons,’ when there’s no wind and the boat is just stopped,” said Judy Petz, organiser of the BVI Spring Regatta and Sailing Festival, which was slated to begin on March 30 but has been postponed indefinitely. “We just have to take a step back and assess.”

In recent days, the government has effectively blocked all tourists from entering the territory and placed restrictive measures on residents and businesses while postponing major events.

Premier Andrew Fahie announced the postponement of the Virgin Gorda Easter Festival and the regatta on Friday, which disheartened Ms. Petz, who has organised the regatta for 18 years. The event would have had 100 boats participating in a week of races and other activities, according to the director.

“I’m extremely disappointed,” she said, but added that she’s received an “overwhelming response” from participants and that she’s happy the event isn’t cancelled entirely. “As soon as the government gives us an all clear, we will try to put the 2020 event on the schedule.”

This is the 49th year of the regatta and even if things don’t go smoothly this year, organisers hope to make the 50th anniversary a memorable one, she said.

When the Beacon reached out to the Festivals and Fairs Committee Chairman Carnel Clyne for comment, he cited a JTV News interview. In that interview, Mr. Cyne said that orders to postpone the festival and “all mass gatherings of 300 persons and up” came from the premier.

“We’re trying to avoid mass gatherings at this time until some kind of solution has taken place especially as it relates to COVID-19,” he said.

Mr. Clyne stressed that the festivities are just postponed, not cancelled, and that more updates would be provided in the near future.

“We have to adhere to international standards,” he added.

Mr. Clyne is working with the subcommittee to figure out the next steps.

Examples of such closures have been seen around the world. The mayor of Los Angeles issued an executive order that closed all bars and nightclubs, dine-in restaurants, entertainment venues, and gyms. The state of Louisiana announced similar bans on Monday, and New York City is implementing such measures as well, as are many other cities in the US.

In a press conference on Tuesday evening, Mr. Fahie announced that all schools will close for two weeks, and all gatherings will be limited to 30 people or less. Additionally, a ban on most foreigners effectively closes the doors to tourists.

Jane Tyrell, hotel and property manager of Nanny Cay Resort and Marina, agreed that the government made the right decision to turn away visitors.

“I think it’s a very good idea,” she said yesterday. “I think it’s been proven around the world that if you can contain it, it works.”

At Nanny Cay, she has implemented a flexible cancellation system, she said. She has also encouraged guests to leave their deposits and come back another time, though many have insisted on refunds.

“One side of business may suffer a bit,” she said, explaining that Nanny Cay Resort and Marina offers many services throughout the year.

Because of the new restrictions, the hotel may transition early into its “low-season” regime, she said. In the high season, the marina, restaurant and hotel stay busy, while the summer workshop and boatyard remain busy in the low season, she explained.

“Our main concern is keeping the staff safe, healthy and employed,” she said. “We’re not looking to lay anyone off, but there may be a shift.”

A territory-wide announcement by Mr. Fahie during the Tuesday press conference encouraged businesses to increase sanitation efforts and social distancing.

Even before that, however, people were already adjusting in response to the pandemic in whatever ways they saw fit.

For some residents, this meant hitting the grocery stores, where lines at the registers flowed into the aisles. At Rite Way Supermarket in Pasea, shoppers filled the store at all hours of the day beginning on Friday and over the weekend.

Opposition member Mark Vanterpool, who is the owner of One Mart Supermarket, said during a Monday press conference that his store remains “very well stocked with dry goods” but has hit some problems in other areas.

“The difficulty was the very sudden demand of the sanitary things,” he said. “We are desperately trying to get those back in to restock. … Today is the first day that we have shipments coming in and they’ll be in all this week.”

Officials have not yet stated specifically what residents should do in terms of preparation and stocking food supplies. The United States has encouraged people to have supplies for at least 30 days. The demand for cleaning products and groceries in the US could have an effect on the goods that the territory receives, Mr. Vanterpool said.

“We are a country that is totally dependent on supplies from overseas,” he said during the press conference.

Though he hasn’t seen any major price increases from suppliers, he said the possibility of a sharp increase in the price of masks could happen. He also shared with the public that he saw 40 cases of water piled up in one home.

“I want to encourage you not to panic,” he added.

Other business representatives voiced their concerns last Thursday night when they met with Chief Medical Officer Dr. Irad Potter and National Epidemiologist Harmony Brewley-Massiah. One of their main concerns has been access to cleaning supplies and disinfectants like hand sanitiser.

Alex Durante, owner and founder of EC Soap Co., told the Beacon this week that her company, which creates products out of natural ingredients recently introduced hand sanitiser after recognising a growing need for it.

“We launched [the product] a few days before people started running out. That’s when we realised it was serious and we ramped up production just to make hand sanitisers,” she said.

Other businesses have had to improvise to continue running.

Restaurants like Seven at the Pier are promoting prix fixe lunches to encourage people to come to their restaurants. To reassure residents, they’ve posted pictures of their cleaning procedures and let diners know that their tables are sanitised before they sit. Driftwood Spa also posted its sanitation procedures online.

Communications service providers including Flow and CCT Global Communications informed clients of updated business procedures, hours, and precautions that they are taking to keep workplaces sanitised.

Some restaurants took a different approach. On Monday, Brandywine and the Rooftop by Brandywine closed their in-dining operations and offered to-go services from both locations. Lady Sarah’s took the same actions and described the decision in a Facebook post.

“Social distancing is identified as the greatest way to slow the spread of the virus and at this time we believe slowing the spread is the best thing for the BVI,” the post read.

Mses. Tyrell, Durante and Petz shared similar sentiments about the uncertainty of the situation.

“With this, you don’t know when the peak is coming,” Ms. Tyrell said. “You’ve got to ride out the storm a little bit.”

Ms. Durante said that the uncertainty is why people are “running scared.”

“There’s no end in sight. … We don’t know how long this will be, and I can’t say if [our production] will slow down or remain the same,” she said. “I think impulse buying is out of fright. After Irma we couldn’t get anything, but this we can prepare for.”