Cabinet has approved the hiring of New Zealand native Paul Bayly as the Recovery and Development Agency’s new chief executive officer. As head of the RDA, Mr. Bayly will be …

END_OF_DOCUMENT_TOKEN_TO_BE_REPLACED 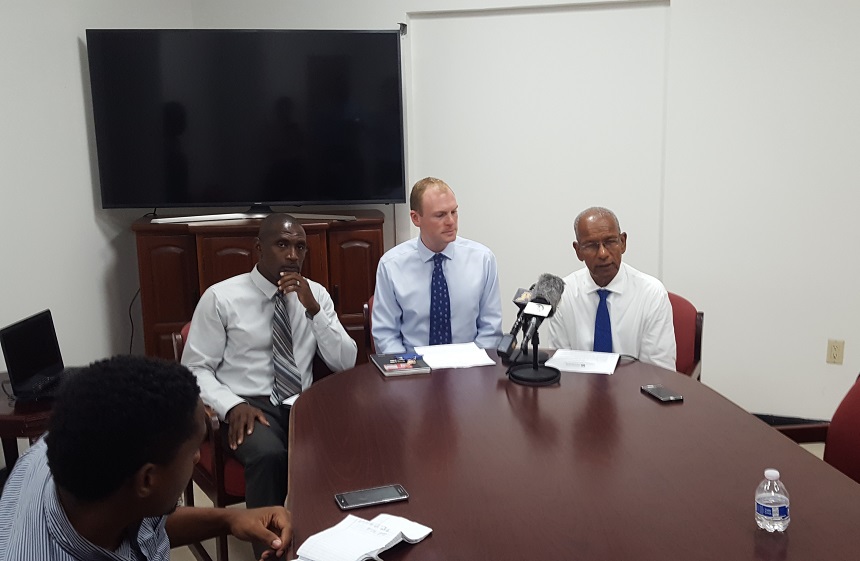 As head of the RDA, Mr. Bayly will be entrusted to implement the territory’s recovery plan, a draft of which is scheduled to be tabled by Premier Dr. Orlando Smith during today’s House of Assembly sitting. He’ll also be responsible for attracting financial investment in the recovery effort, according to the premier.

An investment banker and military veteran, Mr. Bayly previously served as the permanent secretary of the Ministry of Infrastructure and Transport in Fiji, a position which saw him leading that country’s recovery from a Category Five cyclone, Dr. Smith (R-at large) explained during a press conference last week.

Additionally, Mr. Bayly served a three-year term on the Advisory Services Pool of Experts in Public Infrastructure for the United Nations Office for Project Services, a UN organisation tasked with implementing peace, security, development and humanitarian projects around the globe.

He also publishes an online magazine about global infrastructure and procurement challenges, according to his LinkedIn page.

Rest of the board

During the same press conference, Governor Gus Jaspert also announced the remaining members of the RDA board.

David Hancock, the construction director for the United Kingdom’s Infrastructure Projects Authority, will be UK’s representative, and Monica La Bennett, the vice president of operations for the Caribbean Development Bank, will represent the CDB.

Mr. Jaspert pointed to April’s passage of the RDA Act, the establishment of the RDA board, the hiring of an RDA CEO, recent loans from the CDB, and the UK’s £300 million loan guarantee as evidence that the territory is moving towards recovery.

“We have the fundamentals to now get on and continue our recovery at pace,” he said.

The independent RDA will spearhead that effort, though Mr. Faulkner — who also spoke at the press conference — was careful to note it would not take the place of government.

“The RDA, although accountable to government, is independent of government and will execute its mandate accordingly,” he said. “Let me be clear: The RDA does not promote, intend or wish to be a second government. The RDA as legislated and mandated is charged with the implementation of government’s approved development plan.”

Mr. Bayly should arrive to the territory within a month, Mr. Faulkner added.

Other financing is likely to be needed during the recovery, however, and Dr. Smith noted that the territory has been investigating additional options.

“There have been discussions with other banks but we have to get the arrangement with the guarantee from the United Kingdom before they can be finalised,” he said, declining to name which banks government had contacted.

In an HOA sitting in March, Dr. Smith noted that government had reached out to Rothschild, FirstCaribbean International Bank, Banco Popular, Lloyds Bank, the Royal Bank of Scotland and the CDB.

This was before the legislative framework for the RDA — a UK-required precursor for the loan guarantee — was in place, however, and all the banks except for the CDB wanted to see evidence of the guarantee before making an offer, the premier said.

The loan guarantee is designed to allow the VI to borrow with interest rates of less than one percent instead of the 3.5 percent that would be required otherwise, Dr. Smith has previously explained.