Though the windy weather over the weekend was dangerous for small vessels at sea, it was perfect for the fourth Anegada Kite & Paddle Festival. In fact, it was the …

END_OF_DOCUMENT_TOKEN_TO_BE_REPLACED 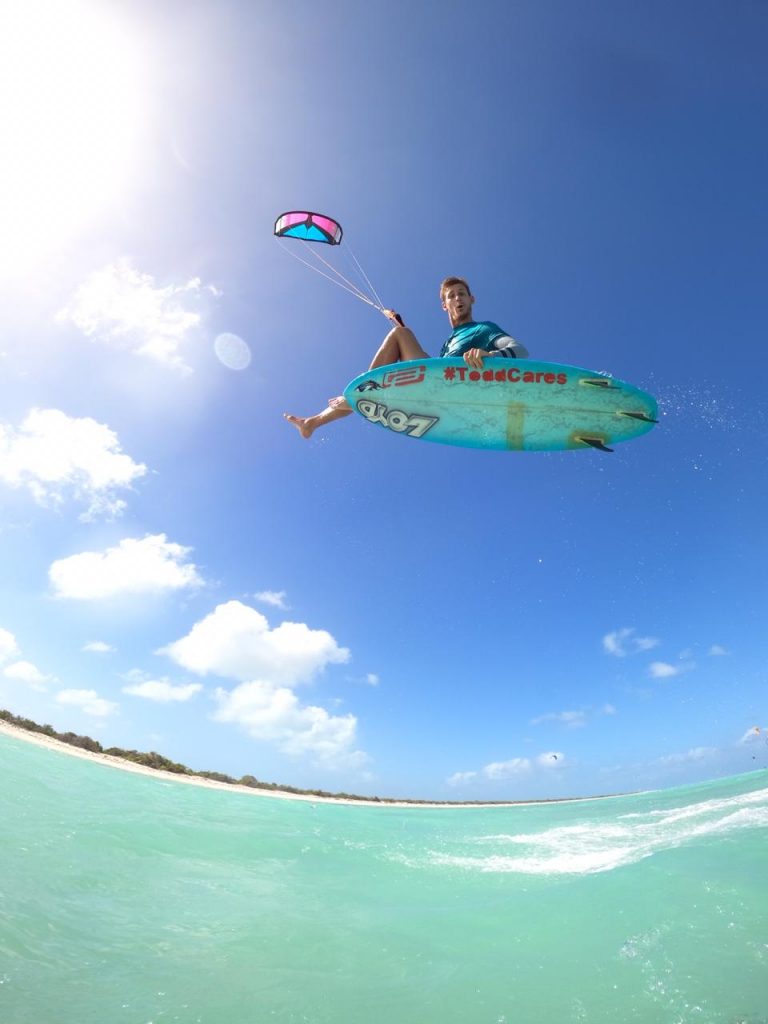 Though the windy weather over the weekend was dangerous for small vessels at sea, it was perfect for the fourth Anegada Kite & Paddle Festival.

In fact, it was the event’s best year yet, according to Tommy Gaunt, founder of the host kitesurfing school and co-creator of the event.

“We had roughly 80 people attend the event over both days,” he said, noting that he sold many spectator tickets that included lunch, dinner and yoga classes. “I think next year we might try to do it over a long weekend and get three days of kiting in.”

Starting Saturday, the festival kicked off with yoga and continued with lessons for beginners. In the afternoon, professionals showcased their skills in an “expression session” and “big air” competition.

Besides the Virgin Islands, the event drew participants from Puerto Rico and Antigua, and Mr. Gaunt was pleased that it reached a wide audience.

On both days, kitesurfers and paddleboarders took part in a downwinder competition that began on one part of the island and ended in another.

Along with music and entertainment on Saturday night, prizes were given out.

Although the weekend was successful, Mr. Gaunt said he hopes to incorporate more children’s activities next year.

A small craft warning was issued by the Department of Disaster Management starting last Thursday, cautioning mariners of winds up to 40 miles per hour. The Anegada Express ferry was not operating in the high seas, but guests from Tortola flew to the island instead. Mr. Gaunt said everyone who purchased a ticket was able to attend, despite the weather conditions.

Those same conditions, he added, allowed participants to experience “one of the best events … because of the perfect wind.”

Mr. Gaunt, who is originally from Scotland, began kitesurfing when we was 12 and competed professionally by the age of 16.

While in Antigua, he caught word that someone wanted to open a kiting school in the VI and he jumped on the idea. That brought him to Anegada about six years ago.

The island, he said, has “world-class conditions” for the sport.

With one of the world’s largest barrier reefs, the Horseshoe Reef, Anegada boasts calm waters and steady winds suitable for watersports. “When you get a little better, you could go out with a surfboard and go out into the waves,” Mr. Gaunt added.

He hopes to expand his kitesurfing school to other islands, and to continue hosting local events leading up to the next Kite & Paddle Festival.