Inquiry > Fraser dodges the blame for project in SCB

Fraser dodges the blame for project in SCB

Opposition member Julian Fraser claimed on Sept. 16 to have limited knowledge of the unfinished Sea Cows Bay Harbour Development Project in his Third District, alternately blaming its many problems …

END_OF_DOCUMENT_TOKEN_TO_BE_REPLACED 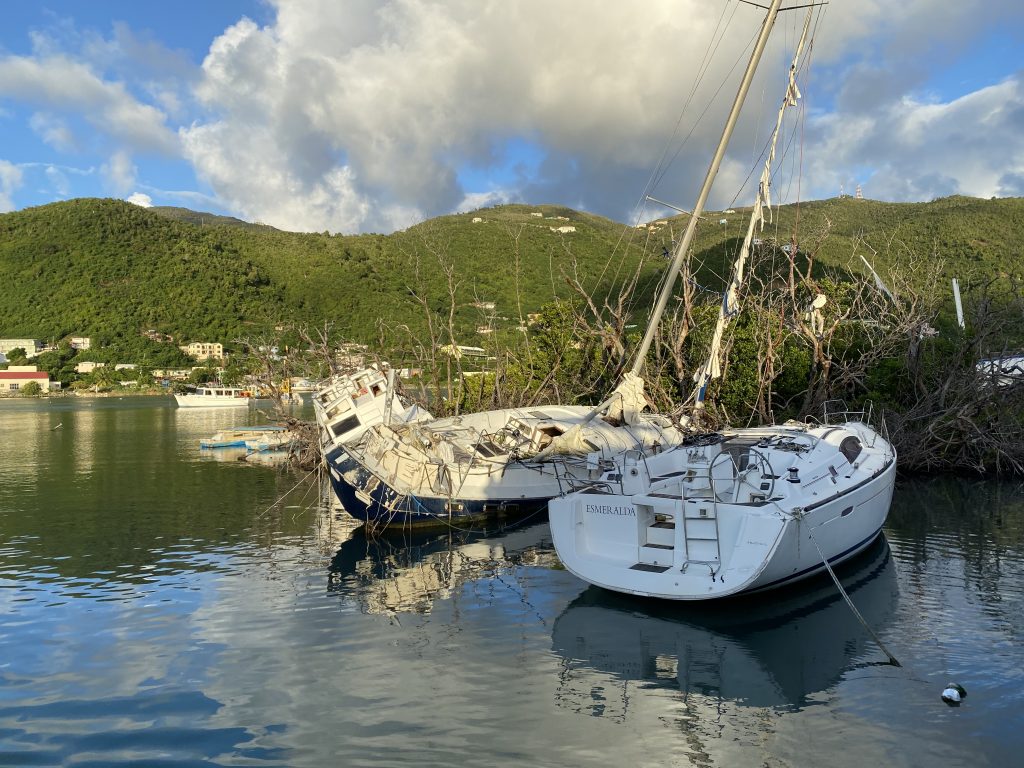 Though the unfinished Sea Cows Bay Harbour Development Project falls within his district, opposition member Julian Fraser told the Commission of Inquiry on Sept. 16 that he had very little involvement in its execution. (File photo: DANA KAMPA)

Opposition member Julian Fraser claimed on Sept. 16 to have limited knowledge of the unfinished Sea Cows Bay Harbour Development Project in his Third District, alternately blaming its many problems on his former ministry’s staff and on a system of government that he described as a “legal dictatorship” where the premier is “basically omnipotent.”

Mr. Fraser was appearing before the COI to address concerns raised in a “warning letter” from the commission that detailed potential criticisms of the project, which never progressed beyond the fabrication of bulkheads even though planning started 30 years ago.

The criticisms focused largely on seven petty contracts — two of which went to his brothers — between December 2010 and January 2011, worth a total of about $700,000.

Mr. Fraser was the minister of communication and works at the time, and in a series of questions COI Counsel Bilal Rawat reviewed his role in selecting and recommending contractors from District Three for the petty contracts.

The project — which the Public Works Department costed at $6.65 million — was designed to improve the harbour area through bulkheading and better drainage and electrical systems.

Planning started in 1991 when the Ministry of Natural Resources established a steering committee to consider a reclamation plan for the harbour, according to a 2014 auditor general report.

Because of various delays, two decades passed before government engaged seven petty contractors for bulkhead work in the harbour.

However, Mr. Fraser said all works on the project stopped after the National Democratic Party won the general election in 2011 and he lost his ministership.

On Sept. 16, Mr. Rawat said one potential criticism of the project was that “the manner in which contractors were selected or recommended was essentially not open and transparent because there was a failure to identify or select contractors on the basis of any specified competency criteria or to assess or adequately assess their suitability for the work undertaken, and therefore to secure the best value for the public purse.”

Two of the chosen contractors were Mr. Fraser’s brothers, Kenneth and Earl Fraser.

But in his testimony Mr. Fraser distanced himself from the contracts: Even though he was the relevant minister, he said, he would not have seen them because the Ministry of Finance executed them through the Public Works Department.

He added that the PWD was also responsible for monitoring the execution of the contracts.

He also claimed to have refused to give details of the work to his brothers, so they went directly to then-Premier Ralph O’Neal to secure their contracts.

“The minister gets the portfolio for his ministry, and he’s supposed to be in charge of his ministry,” Mr. Fraser said. “However, there are times when dictates come from above.”

He added that he could recall multiple occasions when people bypassed him and other ministers.

“The premier, in any administration, is basically omnipotent,” he continued. “I’m not getting involved in all the different things that happened to me while I was minister.”

Asked by Mr. Rawat if he considered any of the premier’s actions to have been improper, Mr. Fraser replied, “There is nothing improper about what the premier has done. The premier acted within his rights, I believe.”

The COI team also ventilated criticisms about how project leaders granted large petty contracts and otherwise moved the project forward before obtaining approval from the Planning Authority or Cabinet.

The Executive Council gave its initial project approval in 2002, but the auditor general said Mr. Fraser never brought a detailed plan for its execution to Cabinet, even after the PWD estimated it would cost $6.65 million to finish.

The auditor general’s report also said government had entered into petty contracts, engaged dayworkers, and obtained a bill of quantities “for a significant sum” without getting approval from the Planning Authority, approval for any major contracts from Cabinet, or a government-appointed project manager “to ensure that the public interest is safeguarded and public funds applied to the project are duly certified within the scope of the project.”

But COI Commissioner Sir Gary Hickinbottom questioned the wisdom of doling out $700,000 in contracts to construct the bulkheads considering the risk that the Planning Authority could require a change in scope of the project or deny the application altogether.

Mr. Fraser replied, “Throughout the territory, permission is given for this kind of work all the time. Why would this one be different?”

Sir Gary pressed, “So are you saying planning permission was a foregone conclusion?”

Mr. Fraser answered, “Nothing is foregone. There was absolutely no anticipation of rejection of any sort as that is concerned.”

He added that the people in charge of the project — who he did not identify — thought starting the bulkhead fabrication even without approval was the most effective way to move forward.

“You don’t sit there waiting for all the ducks to be lined up in order to start making your move,” he said. “If something changed, you changed with it.”

Mr. Fraser pointed out that the Planning Authority never sent a notice of violation when dayworkers started fencing off the staging area to fabricate the bulkhead slabs.

“Any failure to obtain planning approval at the right moment is outside the role of the minister,” he said, adding that responsibility would instead fall to the permanent secretary.

Mr. Rawat also asked about the auditor general’s claim that the government never appointed a project manager to oversee the whole project, but Mr. Fraser said it wouldn’t be his job as minister to hire someone because he had no involvement in financial matters.

Following up about Mr. Fraser’s specific role in the Sea Cows Bay project, Mr. Rawat asked about an alleged lack of transparency in the Ministry of Communication and Works while Mr. Fraser was serving.

Sir Gary listed three main issues raised in the auditor general’s report based on information from ministry staff who reportedly alleged that Mr. Fraser liaised directly with contractors; that relevant records weren’t kept; and that the permanent secretary, who was ultimately responsible for accounting public expenditures, wasn’t adequately involved.

He denied having direct dealings with contractors, claiming he only ever spoke with potential contractors during early public meetings.

But despite the turnover, he said they were involved in the project planning, particularly in issuing petty contracts to Systems Engineering Ltd and generating purchase orders for the other seven petty contracts.

“I’m not aware of any sour relationship I had with my permanent secretaries, ever,” he said.

Mr. Fraser added that project records were generated, claiming that staff would have needed them to generate contracts and sign off on payments.

He did admit that documents had gotten “lost,” but he blamed public officials.

“Those documents came into the office,” Mr. Fraser said. “The document were used by the ministry, staff and Public Works Department, so you tell me what happened to the documents. They were there. They were used by ministry staff. They produced petty contracts from them. … What I’m puzzled about is the fact that blame seems to be mine and I don’t see how.”

Sir Gary acknowledged Mr. Fraser’s claim that ministers don’t get involved with the management and financing of specific projects, but then he pressed further.

“This was a $6.5 million project,” he said. “Doesn’t the minister have an obligation to bring that project home? It’s policy. You’re pursuing a policy to make this project happen. I’m not saying you should get involved with operational matters — that’s a different question — but haven’t you got an obligation to make sure that this is brought home as a project?”

Mr. Fraser answered, “The project is coming home. What you’re having difficulties with is the files.”