Ten full-time and auxiliary fire-fighters rushed to put out a blaze Friday night at the Virgin Gorda garbage dump, where they worked with community members to get the flames under …

END_OF_DOCUMENT_TOKEN_TO_BE_REPLACED 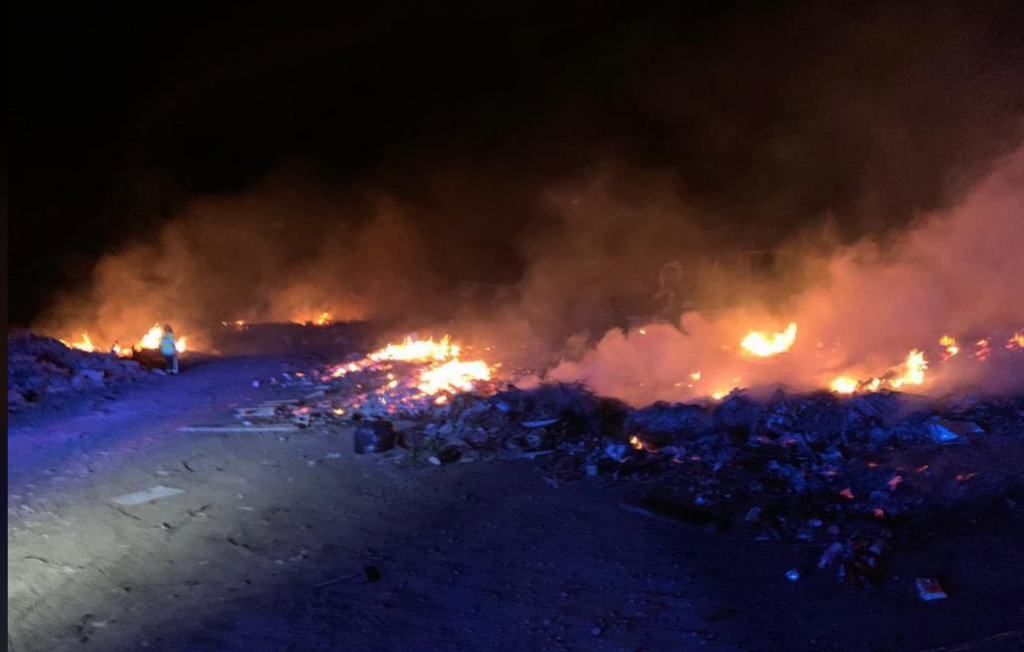 Within an hour, firefighters on Virgin Gorda got the flames at the island’s garbage dump on Friday night. (Photo: JOEY WALDINGER)

Ten full-time and auxiliary fire-fighters rushed to put out a blaze Friday night at the Virgin Gorda garbage dump, where they worked with community members to get the flames under control in an hour, Chief Fire Officer Zebalon McLean said on Tuesday.

Multiple VG residents began alerting firefighters on the island about the situation starting around 8:25 p.m., and by 8:31firefighters had arrived to the scene, Mr. McLean said.

At the dump, they were joined by other residents who offered their help, including people with water containers atop their trucks, according to the chief.

By 9:31 p.m., the fire was under control, with no significant injuries or damaged property reported, Mr. McLean added.

“With fires of this nature there will always be little injuries, because if you’re working in a junkyard … you’ll have some cuts and bruises here and there. And then with the falling embers, every once in a while you’ll have a little burn, but there were no significant injuries to report,” the chief explained.

Though Mr. McLean did not know exactly how the fire started, he said it likely spread so quickly because of the flammable chemicals and materials at the dump site.

“You mix all that together … the fire’s going to enjoy that,” he said.

The chief also thanked VG’s firefighters and residents for coming to their community’s aid.

“Every time [the firefighters] do something like this, I really have to congratulate them,” he said. “It’s not easy, especially with a dumpsite where you have things exploding and falling over each other.”

In general, he added, “What ever it is, the Virgin Gorda community does a wonderful job of helping the community and coming together.”