With six Covid-19 cases now confirmed in the Virgin Islands and fears of community spread growing, health officials have been using the lockdown to gather resources for what promises to …

END_OF_DOCUMENT_TOKEN_TO_BE_REPLACED 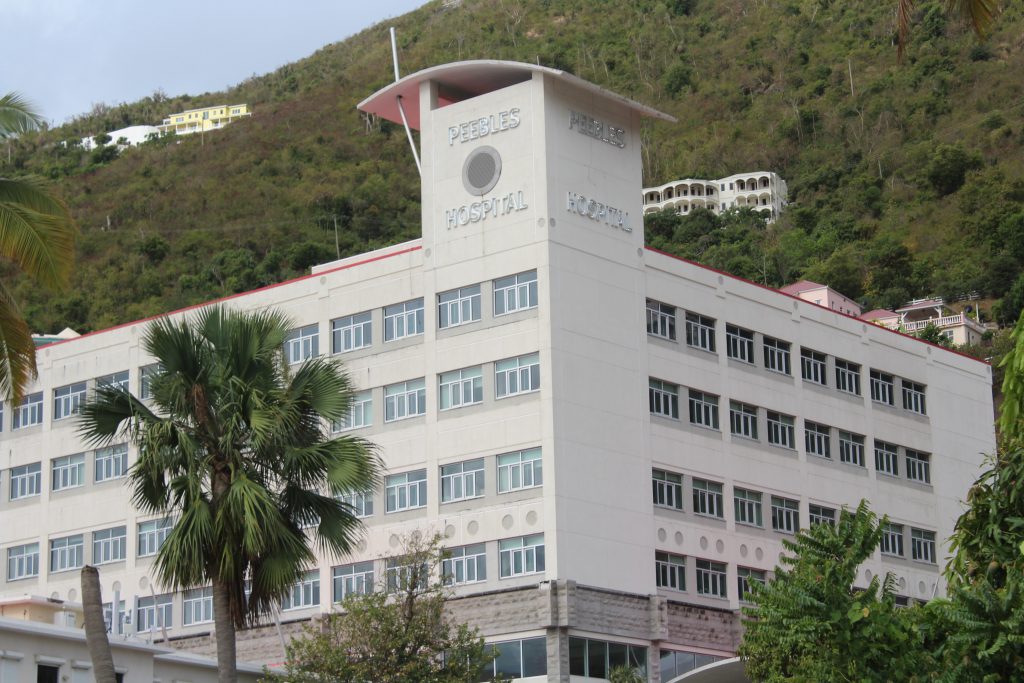 With six Covid-19 cases now confirmed in the Virgin Islands and fears of community spread growing, health officials have been using the lockdown to gather resources for what promises to be a long fight ahead, according to Chief Medical Officer Dr. Irad Potter.

“This is not a short-term experience that we’re going to have,” Dr. Potter told the Beacon last week. “We’re working together, and so far we’ve done very well, but we will have to continue to be vigilant.”

Part of the rationale for the recent 14-day lockdown — which has now been extended through this week — was to give health officials time to finalise preparations, according to the medical officer.

That included building spaces for quarantining, ordering equipment including 10,000 more testing kits, and otherwise beefing up health services to respond.

Such measures are crucial in the VI, where 20 to 25 percent of the population has underlying health issues that could exacerbate the symptoms of Covid-19, he explained.

“If we had a serious outbreak, we’d be overwhelmed quickly,” Dr. Potter said. “It really demands a significant amount of resources, and even first-world countries are out of resources very quickly.”

Currently, the VI is in what Dr. Caitlin Rivers, a senior scholar at Johns Hopkins Center for Health Security in Batimore, calls phase one of a four-phase roadmap that she and other public health experts created for the United States’ pandemic response.

The first phase is quarantine. It requires people to stay at home as much as possible and minimise he risk of transmission.

“The purpose of this phase is to break the chains of transmission and to protect our healthcare systems from being overwhelmed,” Dr. Rivers stated during a remote media briefing on April 9. “In phase two, we could start to lift some of the social distancing measures that we are all observing and start to regain some of our normalcy. But not everything is going to be the same. We’re still going to need to do things like hand hygiene.”

Before moving from phase one to phase two, she added, areas have to have enough capacity in their health care systems to treat everyone who is sick — and enough protective equipment to do so.

Testing should also be available for everyone with symptoms, and enough epidemiologists and health care workers are needed to follow up with everyone who receives a test and their close contacts, she explained.

Here in the VI, Dr. Potter said the number of people calling the hotline to report symptoms has dropped since the start of the lockdowns, but he added that continued testing is crucial.

Currently, the territory is following protocols set by the World Health Organisation and Pan American Health Organisation, which include testing residents with possible Covid-19 symptoms and tracing all their contacts, Dr. Potter said.

To expand on that effort, he added, officials hope to launch a mass testing programme and enable the local testing lab to finalise its own results without sending them to Trinidad for validation.

The Dr. Orlando Smith Hospital remains the primary medical centre during the pandemic, and all residents should call the hotline if they suspect that they have Covid-19, Dr. Potter said.

The territory now has nine ventilators, six intensive-care-unit beds, and 14 beds in an isolation area, with more equipment coming each week, he added.

Dr. Heskith Vanterpool, owner of Bougainvillea Clinic and Eureka Medical Centre, said that although the clinics are not equipped to handle infectious diseases, “all facilities will be ready to pitch in” in the event of mass community spread.

“We have to begin to think that there could be internal community spread within the island,” he added.

Bougainvillea Clinic, Dr. Vanterpool said, has a supply of personal protective equipment, and the medical centre established “respiratory stations” on top of social distancing guidelines prior to the lockdown.

“If people come in with respiratory symptoms, we move them to a small isolated room to treat them without having other people at risk,” he said. “[At Bougainvillea Clinic,] we’ve decided to curtail certain operations that could put the staff at risk.”

A main concern for frontline workers here and across the world is their safety and health whilst coming face-to-face with the virus.

“The reality is that this is like soldiers preparing for war, and when a battle arises we know there is high risk,” Dr. Vanterpool said. “This is a health care battle that we have to be involved in. Some who are going in have to be worried about their families. [They ask themselves] is this virus on my hair? Is it on my skin?”

Dr. Vanterpool recalled reading about doctors who have slept in their cars because they don’t want family members to get infected.

Recovery on a personal level is just a small reflection of the recovery that the territory — and the entire world — will face during the course of the pandemic and its aftermath.

“Things will never go back to how they used to be,” Dr. Potter said. “In reality, we have no immunity, there is no vaccine, and there are no known treatments or cures. We need to be as vigilant as we can be to practise the public measures.”

The third phase of Dr. Rivers’ proposed US national plan considers “what will the world look like” once an “effective vaccine” is found, but that stage “will probably be months away for a therapeutic [treatment] and many, many months away for a vaccine,” she said.

Thinking about how to make treatments and vaccines available, who will manufacture and distribute them, and who will receive them first are questions that should be answered right away, Dr. Rivers said.

The final step is to make big policy changes to make sure no one is “caught in this position again,” she added.

When the Surge Hits

If Covid-19 spreads further in the Virgin Islands, medical professionals will be on the frontlines.

To understand what this means, they need only look abroad to places where the virus has already surged.

At 7:15 a.m. on April 8, pulmonologist Dr. Lakshman Swamy had just finished with another night shift at the Boston Medical Center.

When he’s not at the hospital, which has refocused all its intensive care units to treat patients with the most severe cases of Covid-19, he often works from home, calling patients while tending to the safety of his wife and children.

Covid-19 has changed the way Dr. Swamy and his colleagues practise “down to its very core,”with all hands on deck and a dramatic increase of capacity at the hospital, he said.

Staff members get infected regularly, and he worries he could be carrying the disease home to his family. Currently, the hospital has enough personal protective equipment, he said, but “whether we do in a few weeks, that’s another case.”

The worst, he worried, could be yet to come.

“Hopefully, we’re starting to see the flattening effects,” he said, adding,“We’re still getting more and more patients. … Boston is very much in the throes of the pandemic.”

The United States has become the epicenter for the virus, with 612,576 confirmed cases in comparison to 84,393 in China, where the virus originated.

Dr. Swamy often sees patients who are critically ill from coronavirus and reported seeing a lot of respiratory failure.

“At the first sign of symptoms, it’s worth calling,” he encouraged.

Initial symptoms of his patients vary from loss of smell to diarrhea. For some, falling severely ill takes one day. For others, it takes two weeks, he said.

“This virus is very unknown to us,” he added. “What we say one day changes the next. I always hope it’s going to be a short course.”

For many patients, the recovery process is not easy.

“There’s a long recovery afterwards,”said Dr. Swamy, who has seen loss of muscle mass in some cases. “It could be months before you’re feeling yourself yet.”

Dr. Swamy hopes that those who recover are immune, but some news outlets have reported cases where people test positive for the virus again after recovery.

“I think we are all just human,” he said. “We read about these pandemics and it’s challenging because the world is so different now. On the one hand, we have an amazing capacity to keep people alive so they could get through this and recover. On the other hand, we have much denser populations and a lot more mechanisms for the virus to spread rapidly across the world.”