Following Hurricane Irma, the Family Support Network distributed food aid to 327 families between the months of October and December, feeding 1,064 people in all and distributing clothing to 133. …

END_OF_DOCUMENT_TOKEN_TO_BE_REPLACED 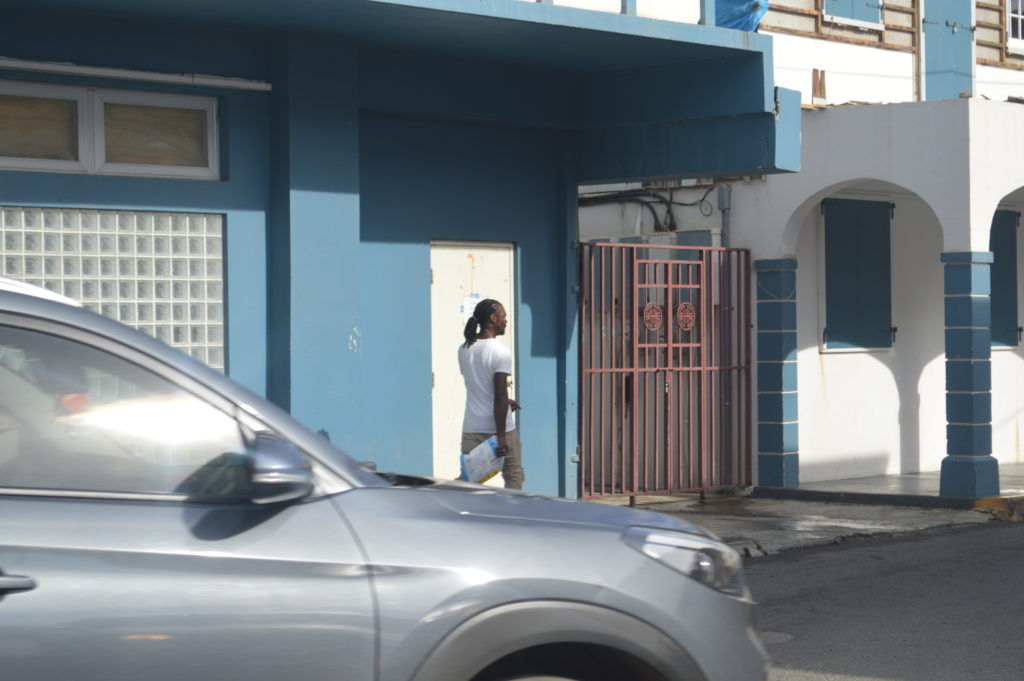 After its original location sustained hurricane damage, the Family Support Network is now operating out of a temporary space in the Main Street building used by Aeropost and Harneys. Photo: CLAIRE SHEFCHIK

Following Hurricane Irma, the Family Support Network distributed food aid to 327 families between the months of October and December, feeding 1,064 people in all and distributing clothing to 133.

The organisation received 322 new clients in total during that period, according to Judith Charles, president of FSN.

“We’re doing what we always did [before Hurricane Irma], except that now we’re doing more of it,” she said. “We now have more people than ever coming for goods.”

She added that after the group’s Road Town office was damaged during the hurricane, all work is being done out of a small shared space in the Main Street building that also houses Harneys and Aeropost.

“These are retired people who are living on incomes of $300 a month, and some of them are particularly sad,” she explained. “They just want a place where people can just talk to them.”

“The board is still in existence; the board isn’t going anywhere. So things will run,” she said.

Ms. Charles added that clients have included unemployed people from as far away as Virgin Gorda.

Sixty of the people the organisation helped reported that they had lost employment due to the hurricanes, and even those still employed are hurting.

“A number of persons reported that their salaries were decreased by almost 50 percent,” Ms. Charles said.

She added that nearly 100 of the clients were homeless or living with friends and family due to the loss of their homes in the storms.

Ms. Charles also said that after the hurricanes, FSN is now operating out of a small space loaned by Harneys, in which its workers have engaged in counselling, helped produce protection orders, and assisted violence victims.

“We took referrals from the police and Social Development and we likewise sent referrals to them,” she said.  “We referred persons for legal advice and legal aid.  We made five court appearances and worked on four cases referred from the High Court.”

Luckily, donations have continued to flow in to allow the agency to continue its work.

“There have been messages on our Facebook page from local people in Virgin Gorda wanting to drop off donations … and we got messages from as far away as Switzerland and Barbados offering us donations,” said Ms. Charles, noting that donations came from the Red Cross, members of the House of Assembly, the Mrs. BVI and Win BVI organisations, and many schoolchildren.

“We have received clothing donations from people leaving the island and those just cleaning house after the hurricanes,” she said. “In the new year we [will] continue to assist those coming to Family Support Network in whatever way we can.”