Four year-old Jahdiel Watson was acting like himself early January, opting to play instead of eating. But when his grandmother and teacher felt his stomach, they immediately sensed that something …

END_OF_DOCUMENT_TOKEN_TO_BE_REPLACED 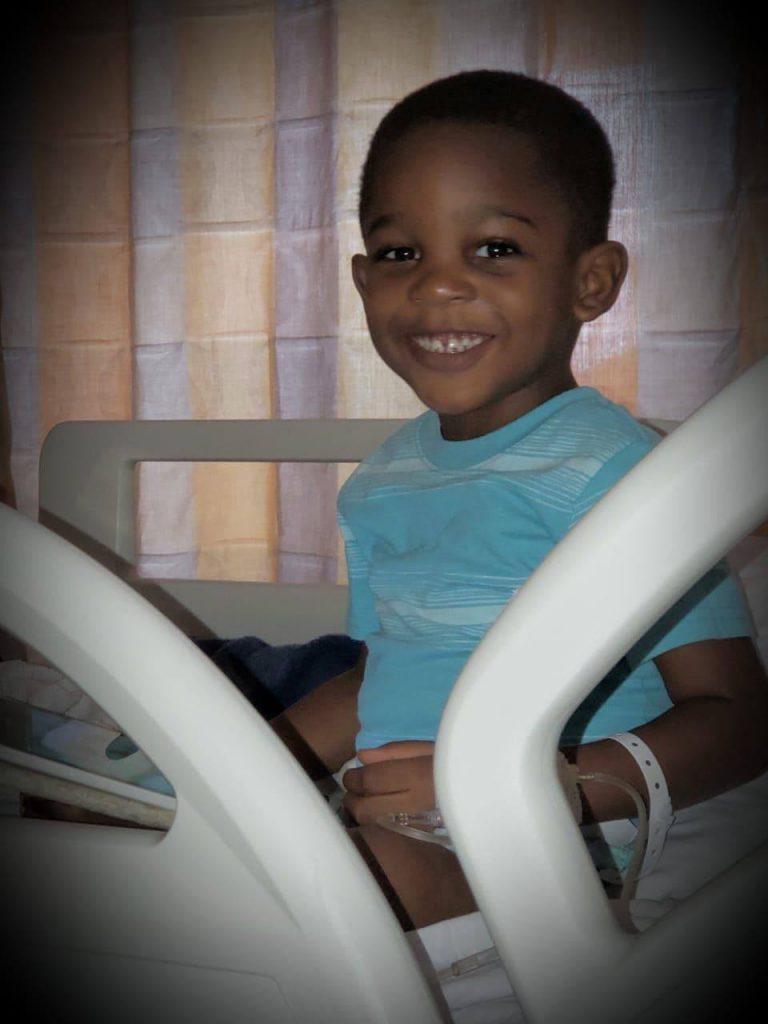 Four year-old Jahdiel Watson is undergoing cancer treatment in Miami while his grandmother raises funds for his treatment. (Photo:Provided)

Four year-old Jahdiel Watson was acting like himself early January, opting to play instead of eating.

But when his grandmother and teacher felt his stomach, they immediately sensed that something was wrong.

“One day he didn’t want to eat, so I played with his stomach — teasing him about it being empty,” Jasmine Watson, Jahdiel’s grandmother, recalled. “The next day, his teacher called him to eat for lunch but he didn’t want to. When there are open spaces or toys, he just wants to move. That’s how he is. She touched his stomach and noticed one side was harder than the other.”

That’s when the adults in his life were aware of an issue.

On January 9, Jahdiel was diagnosed with a rare form of kidney cancer called clear-cell sarcoma.

An initial scan on his body showed a tumor, which has since then been removed. Additional tests and scans revealed a more serious issue — cancerous tissue on the side of his body that was hard. Jahdiel is currently undergoing chemotherapy in Miami.

Jahdiel and his parents, Jamoi Watson and Jenni-Lee Watson,are in Florida for another 20 weeks. On top of a $100,000 for surgery to remove the tumor, a $40,000 bill for treatment, and an unknown amount for chemotherapy, the young couple also have to pay for food, transportation and lodging.

They left their jobs to be with their only child, who is Ms. Watson’s only grandchild.

“They went up in January and are still there,” explained Ms. Watson.

Ms. Watson began fundraising efforts and reaching out to the community, and she is receiving what she called “overwhelming support.”

On Thursday, the Virgin Islands National Bank gave Ms. Watson a cheque for $1,750 to help offset the costs for Jahdiel’s recovery.

Chief Executive Officer of National First Bank, Joy Francis, was the one to hand Ms. Watson the cheque. She and marketing manager, Shonda Leacock sat with Ms.Watson as she explained her story.

“I am a mother before I am madam CEO,” Ms. Francis said. “Jahdiel’s story touched me and I felt led to do a special donation towards his cause.”

Jahdiel is not aware of the seriousness of his condition, he is simply curious about what is happening: Why he’s going to the hospital and being poked with needles that hurt him, Ms. Watson explained.

Though he is in Miami, he is not aware that he’s so far from his grandmother. He simply wonders when he will return to having a normal life.

Ms. Watson keeps in touch with her family, calling as much as possible. But sometimes, she said, Jahdiel is in a sad state and doesn’t want to speak.

“He is the youngest person I know who is going through this,” she said. “He’s looking around wondering where the other children are.”

Jahdiel has had seven weeks of therapy in a 27-week programme.

It has been a difficult time for Ms. Watson, who is eagerly awaiting Jahdiel’s return home.

“I just want my frisky grandson back,” she said, reflecting on the lack of his presence around her and how he would always visit her. “When he gets tired of his parents, he says, ‘I’m going to grandma house!’”