Last week, about 18 people were still living and sleeping in the Multi-purpose Sports Complex in Road Town, according to several of those shelterees. Petrona Davies, the permanent secretary in …

END_OF_DOCUMENT_TOKEN_TO_BE_REPLACED 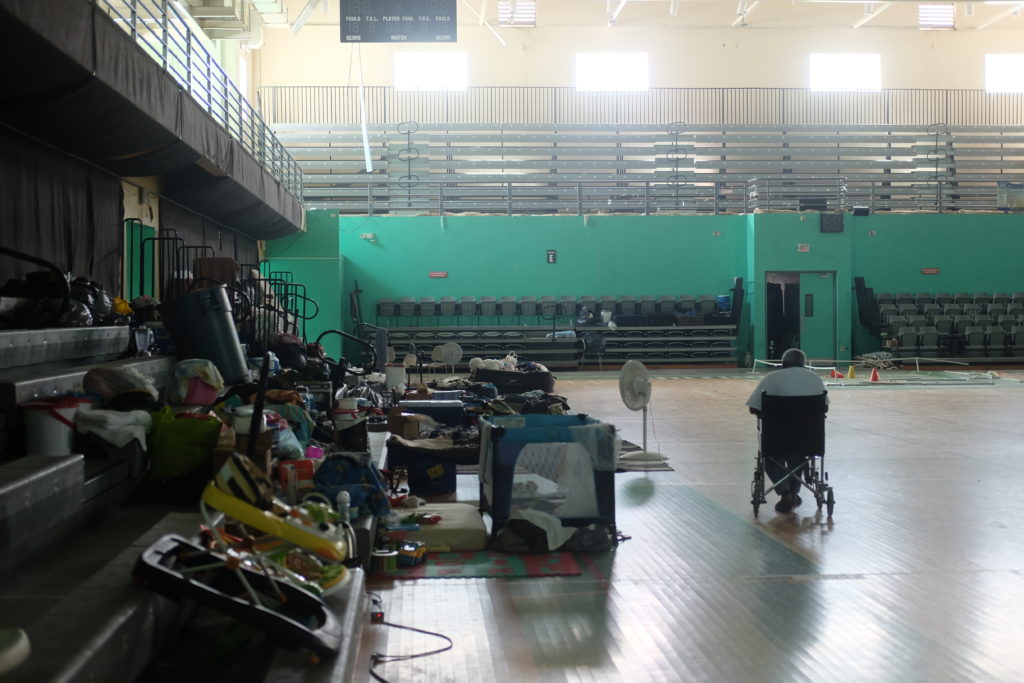 Nearly 20 people still reportedly live in the Multi-purpose Sports Complex in Road Town. Officials have said they could be moved by next week. Photo: AMANDA ULRICH

Last week, about 18 people were still living and sleeping in the Multi-purpose Sports Complex in Road Town, according to several of those shelterees.

Petrona Davies, the permanent secretary in the Ministry of Health and Social Development, said the emergency shelter would be “cleared” of occupants by last Friday.

This week, about 18 people are still living and sleeping in the facility.

For months officials have announced various dates for when the most highly publicised shelter would be free of inhabitants — dates that repeatedly were not met.

But Ms. Davies took a slightly new approach on Tuesday.

The permanent secretary did not want to give a new date for when all the de facto residents of the sports complex will be moved, but maintained that the ministry is aiming for next week.

“It’s hard to give you a date and promise it’s going to happen when so many factors are beyond our control,” she said. “We are working hard to have persons housed and we are making arrangements to relocate them from the shelter.”

The individuals who cannot find longer-term housing will be moved to another shelter on the island, Ms. Davies confirmed both last week and on Tuesday.

“Social services have to be handled sensitively,” she said, adding that clearing the sports complex is a “high priority” for the ministry.

Emergency shelters across the territory were “formally closed” on Nov. 30 according to an announcement from the Department of Disaster Management and the ministry.

But the meaning of that “closure” remained unclear to shelter occupants, who did not know if they would be asked to leave or allowed to stay.

Ms. Davies said this week that the fact that certain buildings are no longer designated shelters does not necessarily mean much has to change.

“This is the misconception — a shelter is declared open or closed by the DDM. They were officially closed at the end of November, so they were no longer shelters: They are public buildings in which we have homeless people living,” she said. “The fact that people are living in public buildings doesn’t make it a shelter. So it’s not that the dates are changing — we closed them on the dates we would — but we never said everyone would be removed by then.”

But the pressure is on for the ministry to empty the shelters sooner rather than later.

The 2018 hurricane season begins in about two months.

“We are working hard to get these buildings repaired so they can serve as shelters in the coming hurricane season, so the urgency is great for us as well,” Ms. Davies said. 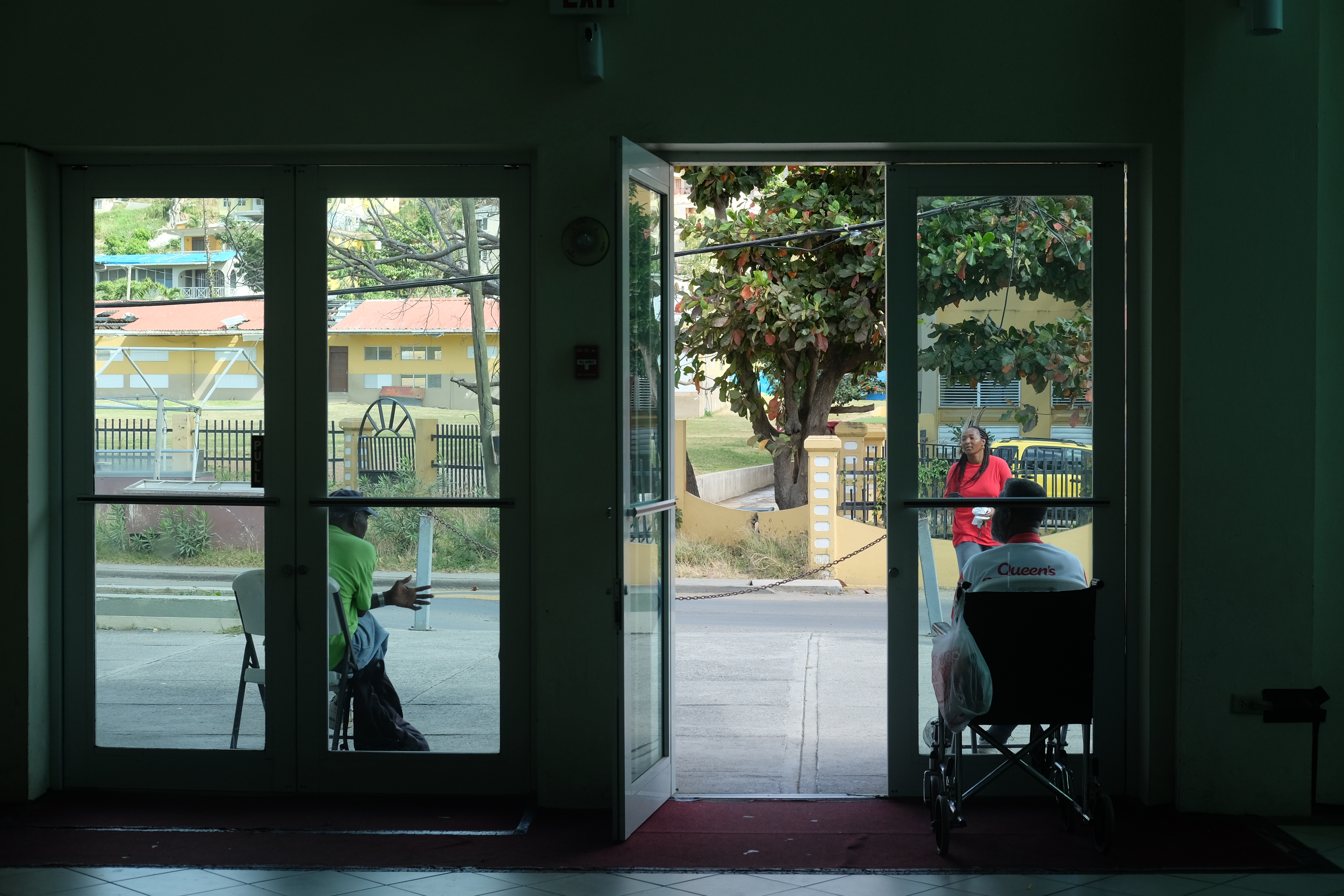 While the sports complex has not yet ceased to be a makeshift home, recreational activities have slowly been seeping back into the building again, according to several shelterees.

Fletcher Scatliffe said that on several occasions athletes have been allowed to use the exercise equipment on the upper floor at about 6 a.m.

The residents said when they brought the issue up with the shelter manager, he was not empathetic.

“He said to us that, yes, he brought the people who were in the gym in here to exercise. And if anyone in here doesn’t like what’s happening upstairs there, we can find the door and get out,” Mr. Scatliffe said.

Proper access to personal hygiene products has also been a cause for concern in the shelter.

Several times the bathrooms have run out of toilet paper, and a cleaner reportedly told residents that she could not refill it, according to Mr. Scatliffe.

“Her reply will be: ‘Use your hand and then wash it,’” he said. “I think that is very degrading, insulting and rude.” 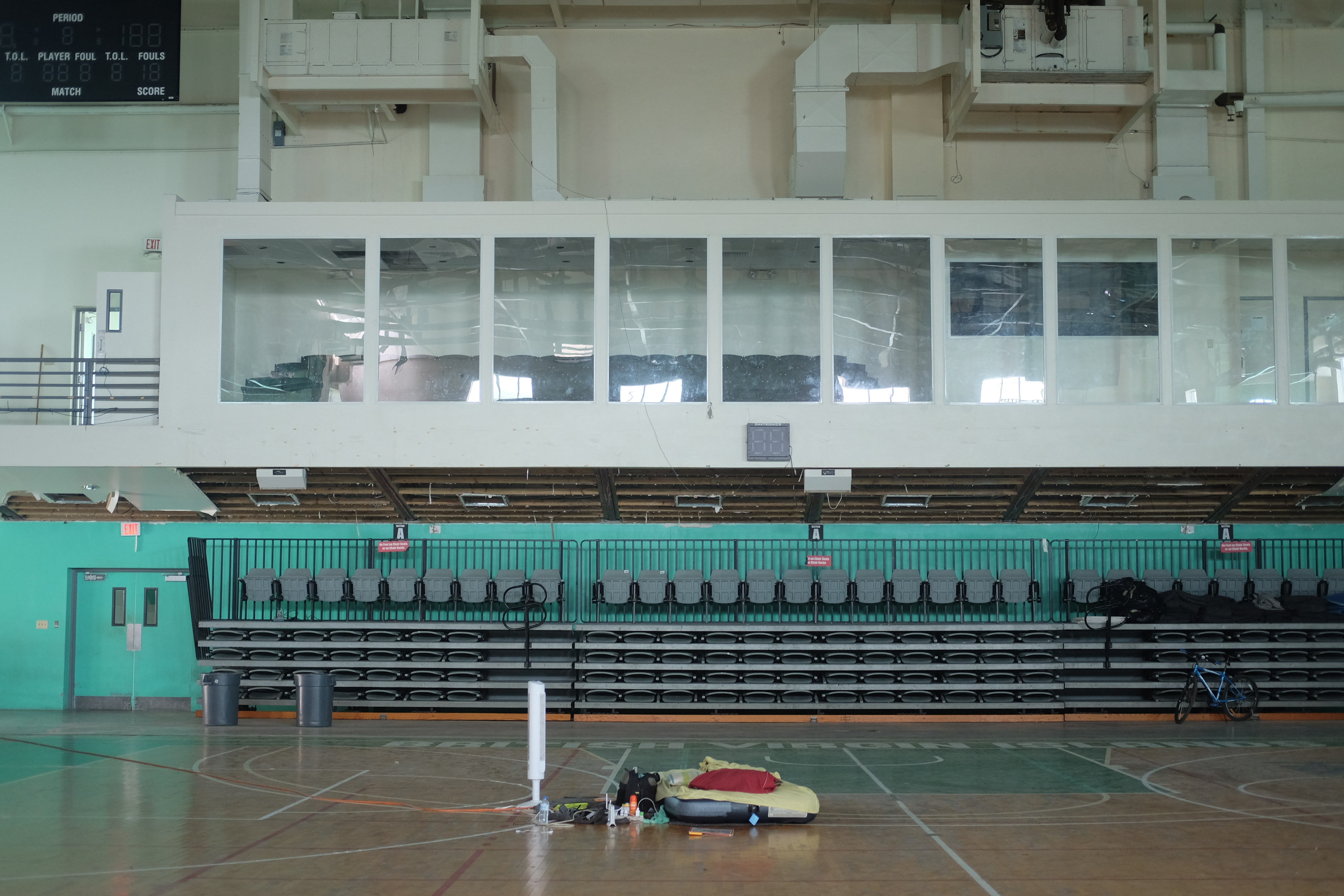 The ministry has rolled out two rounds of housing assistance grants to help struggling residents rebuild their homes.

The first programme aimed to help displaced homeowners without insurance, unemployed or low-income earners. HSD Minister Ronnie Skelton reported in early December that 134 families or individuals were approved to receive a materials grant.

The second, announced last month, is broader and allows for a wider pool of residents to apply for aid.

Despite these measures, some occupants of the shelter in town say they haven’t seen the effect of those programmes.

A young mother of a 9-month-old said social workers have asked if she has anywhere else to go, but haven’t given her specific solutions or any aid applications to fill out.

The social workers, however, did tell several residents in the shelter that they would notify them if any job vacancies come up in the territory, she said.

“The last time [social workers visited] was very emotional for me,” the mother said. “I just said I can’t do it anymore. Because it seems to me they just want to ship us off the island.”

What has made the most tangible difference, she said, was pressure put on the government by a recent BBC article.

After two reporters interviewed her and published her story, the mother said the department reached out to discuss helping put her son in day care.

She added that she has also heard recent rumours that Road Town shelterees would be moved to the Long Trench or East End community centres, but didn’t know for sure.

“Sometimes I sit on my bed and I just cry because it’s too much. But I guess I have to be strong for him,” she said, looking at her son.

Ivan Carty, who uses a wheelchair for better mobility, said his home was badly damaged by Irma and agreed that it will be difficult to find more permanent housing in the near future without assistance.

“I would like to leave as soon as possible,” he said. “Six months is a long time and it’s getting longer and longer.”