Gorda Peak National Park is closed until further notice because several areas in the park were illegally cleared for farming, according to Natural Resources, Labour and Immigration Minister Vincent Wheatley. …

END_OF_DOCUMENT_TOKEN_TO_BE_REPLACED 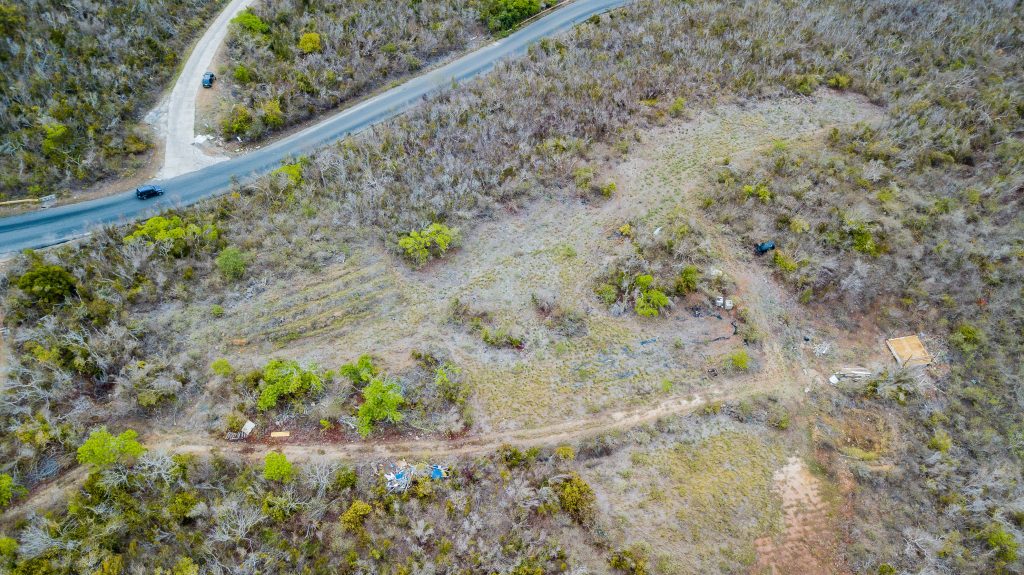 The above photo — taken Sunday across the street from the turnoff to the Virgin Gorda dump — shows one of the clearcut areas of concern near Gorda Peak, according to the National Parks Trust. (Photo: PROVIDED)

Gorda Peak National Park is closed until further notice because several areas in the park were illegally cleared for farming, according to Natural Resources, Labour and Immigration Minister Vincent Wheatley.

In addition to the clearcutting, BVI National Parks Trust staff discovered construction supplies and the foundation of a wooden building, according to the minister.

He did not say when the damage is believed to have taken place, but he said it is being “thoroughly” investigated.

Historical images on Google Earth suggest that at least one of the areas in question — located across the street from the turnoff to the island’s dump — had been partially cleared by 2013 and mostly cleared by 2016.

NPT Director Dr. Cassander Titley-O’Neal said Tuesday that damage to parkland has been a longstanding issue.

But when teams were scouting potential areas to extend trails, they discovered the clearcutting.

She said the entire park was shut down to facilitate the investigation, and it is unclear when it may reopen.

The decisive action, she explained, was prompted by concern for the endangered species that live at Gorda Peak National Park. A total of 14 species ranging from vulnerable to critically endangered on the United States Federal Endangered Species list have been documented there, she said.

The St. Thomas lidflower has been documented only on three islands: Puerto Rico, St. John and Virgin Gorda.

Under the NPT of the Virgin Islands Regulations 2008, anyone responsible for the clearcutting would be liable on summary conviction for a fine up to $10,000 and up to one year of prison time for destroying, damaging, removing, moving, manipulating, or tampering with the park’s resources, according to the minister.

“It is a well-used park for both our residents and our visitors, and we must do everything in our power to ensure that this and all our parks are preserved,” Mr. Wheatley said.

In the meantime, Dr. Titley-O’Neal said she hopes VI residents take the opportunity to explore some lesser-known parks.

Visitors who notice damage to the parks can email bvinpt@bvinpt.org.