Lawmakers will vote Monday on a loan guarantee for the BVI Ports Authority to complete construction on the cruise pier project’s landside development, according to the Order Paper outlining Monday’s …

END_OF_DOCUMENT_TOKEN_TO_BE_REPLACED 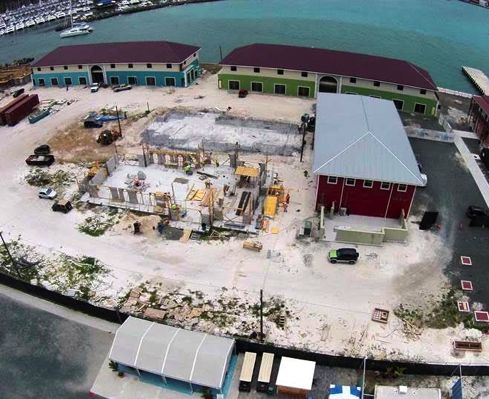 Lawmakers will vote Monday on a loan guarantee for the BVI Ports Authority to complete construction on the cruise pier project’s landside development, according to the Order Paper outlining Monday’s agenda.

According to the motion to be moved by Premier Dr. Orlando Smith, who is also the minister of finance, the BVIPA “proposes to take an additional loan in the sum of $15 million from First Caribbean International Bank (Cayman) Limited and its affiliates for the purpose of financing the completion of the project.”

This loan is in addition to a $35 million loan government guaranteed for the project last year.

Planners had hoped to finance the remainder of construction costs — estimated at about $16.5 million — by introducing a public offering, through which some members of the public could purchase shares in the landside portion of the development. The first round, however, raised only about $6 million, which included $5 million from the Social Security Board.

Another round of the public offering was announced in May. The deadline was June 18, but officials have not yet said if any more funds were invested.

The House will also fast-track the Tourist (Duty-Free Shopping System) Act, which is set to be introduced, debated and voted on during the same sitting. The act hasn’t been Gazetted yet, so details aren’t available about which businesses would be affected.

Other business to be tackled Monday includes the naming of several House committees, including one that will oversee the establishment of the territory’s Register of Public Interests. Under the 2006 Register of Interests Act, the committee must decide on details about the format of the register where public officials must declare their interests.

Read the full order paper below: