Government launched a programme Tuesday aimed at fortifying disaster shelters and better training residents from all walks of life to respond to situations like the 2017 hurricanes. As part of …

END_OF_DOCUMENT_TOKEN_TO_BE_REPLACED 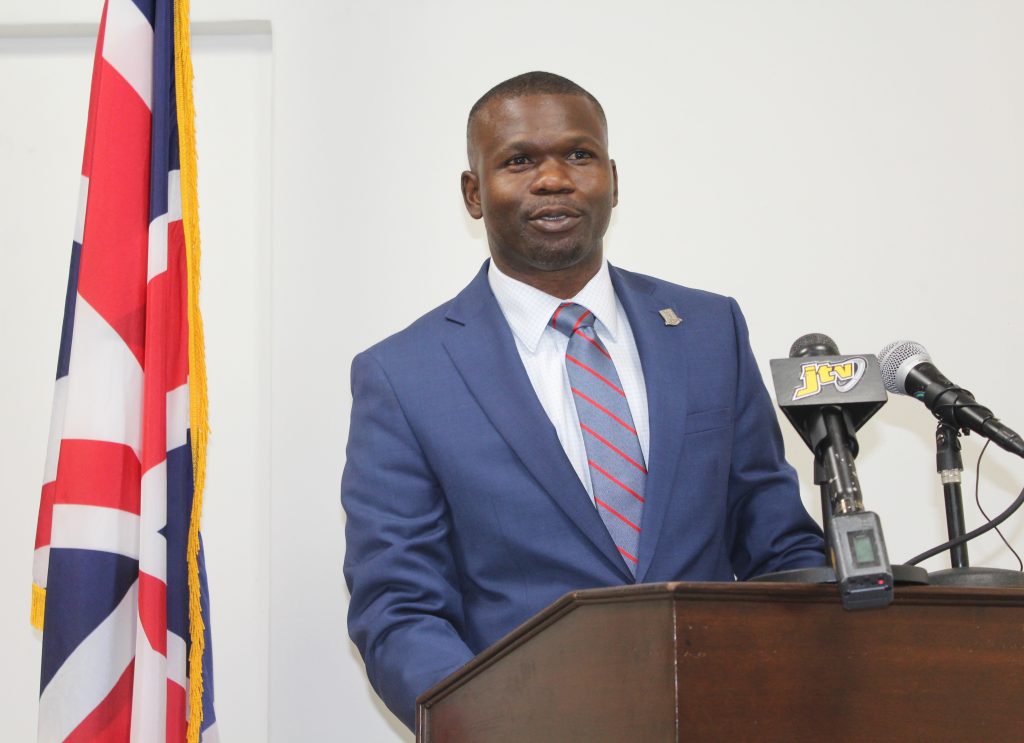 Government launched a programme Tuesday aimed at fortifying disaster shelters and better training residents from all walks of life to respond to situations like the 2017 hurricanes.

As part of the Emergency Shelter Repair Project, an initiative funded by the European Union and coordinated by the Pan American Health Organisation, government will spend more than $2.2 million of EU funds over two years to rebuild and improve the Virgin Islands’ shelter system.

“Critically, this is not just about repairs: This is about building back better; this is about taking our shelters to a stronger standard,” Governor Gus Jaspert said during a press conference about the initiative.

Shelters retrofitted through the programme will be supplied with emergency relief supplies and will be redesigned to meet PAHO’s “Smart” standards, said Transportation, Works and Utilities Minister Kye Rymer.

In order to increase the number of people who can effectively assist if a disaster strikes, members of the public will be trained in managing shelters and administering psycho socialcare, Mr. Rymer said.

“At the conclusion of this project, the community centres that serve as emergency shelters during weather events will not only be repaired, but they will be re-paired to ‘Smart standards,’ ensuring they will be more resilient for future weather events,” Mr. Rymer said.

Luis Maia, an EU delegate to the Organisation of Eastern Caribbean States, added, “I can assure you that the European Union is, and will remain, committed to support the Caribbean region in building resilience at all levels.”

“Our elation stems from the prospect that this project will be a catalyst for positive ripple effects throughout the beneficiary communities — promoting exercise and recreation; providing meeting spaces; keeping children and adolescents safe; and providing spaces for seniors to interact,” Mr. Malone said, adding, “For these reasons, my ministry has placed a high priority on conducting repairs to community centres from Anegada to WestEnd.”

Repairs so far have been focused on repairing electrical and plumbing systems and making buildings watertight by replacing windows and doors, among other works, Mr. Malone said.

Many shelters were damaged or destroyed by Hurricane Irma. The East End/Long Look Community Centre, for example, was partly ripped apart, causing occupants to flee in the eye of the storm and break in to classrooms at the nearby Francis Lettsome Primary School.

At the Long Trench Community Centre, windows and doors were blown out, leaving a family with children cowering in a shower stall.

After the St. George’s Episcopal Church Hall lost part of its roof, occupants evacuated during the eye to the nearby sanctuary and huddled in the choir loft as the second part of storm ripped through the pews.

Shelters that survived relatively intact also struggled in the storm’s aftermath. At St. George’s — which like other shelters was not supplied with food or potable water in advance of the storm — a volunteer shelter manager reported that the water supply for the roughly 30 people staying in the church had dwindled at one point to a dozen 12-ounce bottles.

Mr. Rymer acknowledged this week that the traumatic effects from the 2017 storms still linger.

The launch of the programme, however, is an indication that the recovery is moving forward, he said.

“Today is another reality that recovery is not at a standstill,” he said. “It is not on pause, but rather it is on the move.”