Though representatives for the Attorney General’s Chambers have repeatedly complained that the government lacks the time and resources to keep up with information requests from the Commission of Inquiry, Commissioner …

END_OF_DOCUMENT_TOKEN_TO_BE_REPLACED 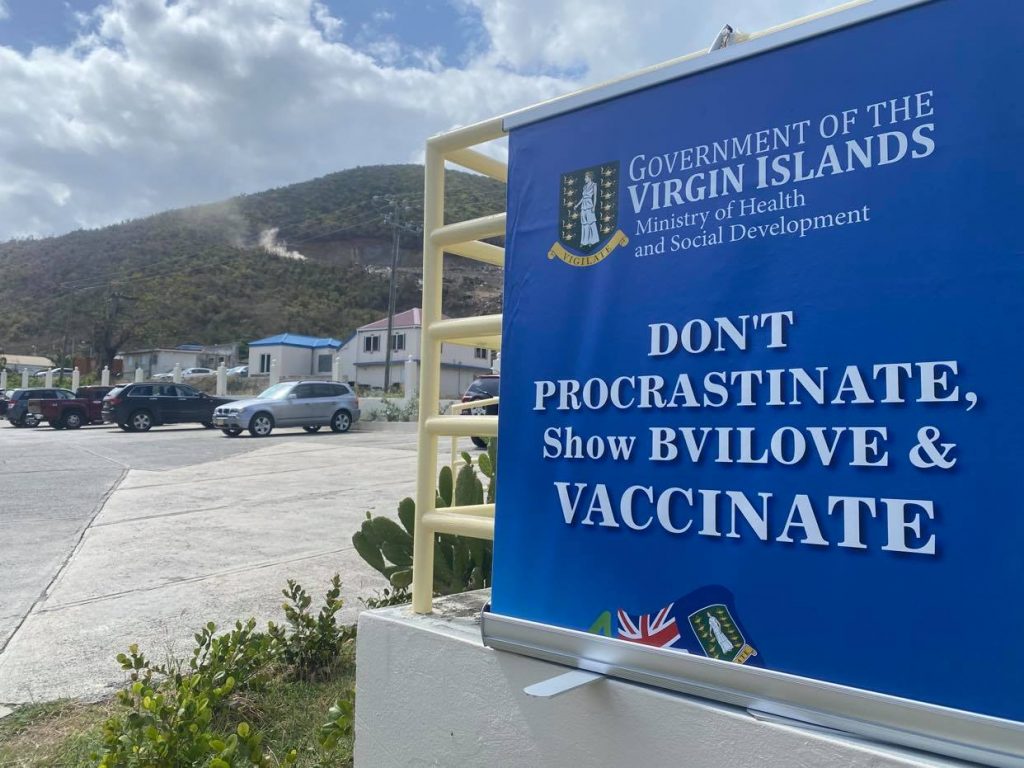 The Office of the Premier submitted a nearly 1,000-page document to the Commission of Inquiry last week responding to recent reports by the auditor general and internal auditor on the government’s Covid-19 stimulus package. The COI said the document was submitted improperly and came late. (File photo: DANA KAMPA)

Though representatives for the Attorney General’s Chambers have repeatedly complained that the government lacks the time and resources to keep up with information requests from the Commission of Inquiry, Commissioner Sir Gary Hickinbottom berated them last week for submitting a nearly 1,000-page document that he never requested concerning Covid-19 grant programmes for farmers, fishers, schools and churches.

Sir Gary and COI Counsel Bilal Rawat questioned Withersworldwide representative Hussein Haeri, who was representing the attorney general, about the origins of the unsigned document they said arrived late in the night on Sept. 14.

“This has been plainly, I would say, been drafted by counsel, and it raises a number of questions,” Mr. Rawat said. “First, really, is: What is this? What is it intended to be?”

He then criticised the document at length, alleging that it didn’t fit the format requested by the commissioner; wasn’t submitted according to COI protocols; failed to indicate if any sensitive information would need to be redacted before being used in the inquiry proceedings; and wasn’t a direct response to the “warning letters” the COI has been issuing to give witnesses a chance to respond to any potential accusations made against them, among other issues.

“Taken together, what this document shows is a complete lack of courtesy to the commissioner,” Mr. Rawat said. “To produce something of this size and this detail at this relatively late stage in the inquiry’s proceedings is very difficult to understand.”

Mr. Haeri confirmed that the document was prepared on behalf of the Office of the Premier, and that it is a response to recent reports from the auditor general and internal auditor, which blasted the office for a lack of transparency and accountability in its handling of various Covid19 stimulus programmes.

Mr. Rawat said the COI team had received a few days’ notice that it would receive a document criticising the auditors’ reports, but Sir Gary noted that the office never formally sought permission to send such a packet to him.

Mr. Rawat added that the document’s purpose was unclear, and that it contained “a mix of legal submissions and factual statements of evidential statements” without any indication of who would be able to answer any follow-up questions from the Commission.

Turning to Sir Gary, Mr. Rawat said, “It undermines the arguments that you have received both in correspondence and most recently from Mr. Haeri over the last couple of days, including at the directions hearing that we had on Monday, that the [Inquiry Response Unit] is struggling and balancing resources. What you have been told is that the IRU and the attorney general could not deal with the requests for information in the form of affidavits in the time that they were requested and could not deal at all with the issue of redaction.

“What is clear from this document is not only that counsel has had considerable time to draft it, but also time to consider its exhibits.”

In response, Mr. Haeri said the intent of the document was to give “background context, a fuller picture” of the situation concerning the grants programme.

He added that the response had been in the works over the past three months, following other hearings.

“I don’t think that it precludes procedural fairness that a document has been prepared addressing certain issues,” Mr. Haeri said. “We are too early in that process to draw a conclusion that it’s procedurally unfair. Notice can be given, the documents can be shared, and opportunity can be had to respond.”

But Sir Gary said that given the overall timeline of the inquiry, the auditors will have less time to review the packet, potentially seek legal advice, and respond than government had to assemble the document.

Mr. Rawat also questioned why the government didn’t already disclose evidence contained in the document that he said should have arisen from previous information requests, especially as the inquiry enters the final stages of oral hearings.

Mr. Haeri, however, maintained that “no documents have been withheld.”

Sir Gary asked, “So, simply knowing that they are relevant documents and not handing them over, you don’t regard that as withholding documents from the COI? I’ve made it very clear that there’s an obligation upon public officers and upon the BVI government to release documents to the COI if they consider them relevant to the issues that we’re investigating. If they’re attached to this document, one assumes that you consider that they are relevant to the terms of reference.”

Regardless, Sir Gary said his chief concern was that the Attorney General’s Chambers had neglected to give Internal Auditor Dorea Corea and Auditor General Sonia Webster any notice that such in-depth criticisms would be directed at them. He said it’s imperative that all witnesses are treated fairly.

“We’re talking here about unfairness to two public servant who will inevitably be put in a very difficult position,” Sir Gary said.

On the commissioner’s request, Mr. Haeri said the attorney general would set out what legal support she can offer them by the next day.

Sir Gary also directed that the attorney general send copies of the documents to both auditors, and that they be given adequate time to review and be able to respond to the criticisms.

The commissioner said he would then determine how long they need to respond, and adjust the hearing schedule as needed to take the new submission properly into account.