The Commission of Inquiry into alleged government corruption continues to be frustrated by government’s delays in providing certain evidence, Commissioner Sir Gary Hickinbottom said Monday as hearings restarted after a …

END_OF_DOCUMENT_TOKEN_TO_BE_REPLACED 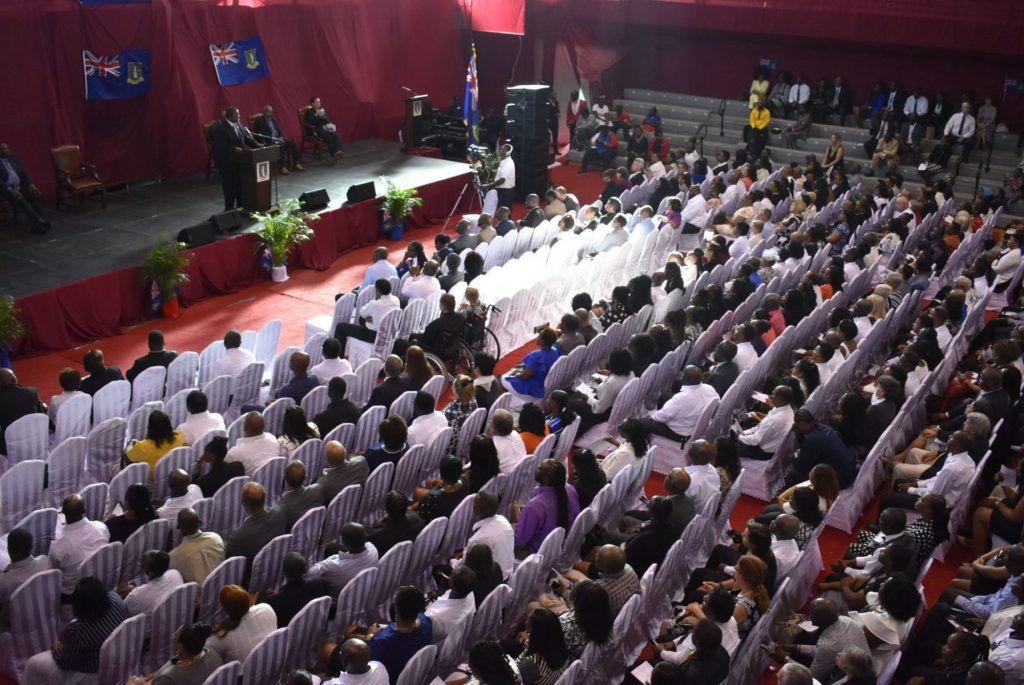 At the restart of live hearings on Monday, the Commission of Inquiry and the government’s legal team argued over delays in government’s delivery of evidence, especially that containing sensitive personal information like aid and belongership applications. Above, 852 people gained their belongership status in December 2019. (File photo: ZARRIN TASNIM AHMED)

The Commission of Inquiry into alleged government corruption continues to be frustrated by government’s delays in providing certain evidence, Commissioner Sir Gary Hickinbottom said Monday as hearings restarted after a break that got under way in late July.

“I must make very clear that nothing and no one will deflect or distract us from completing the task set by my terms of reference,” Sir Gary said at the start of a directions hearing on Monday morning.

In part to address the delays, Withersworldwide representatives Sara-Jane Knock, Lauren Peaty and Hussein Haeri appeared remotely on behalf of government ministers and the attorney general.

COI Counsel Bilal Rawat questioned them about government’s failure to deliver several requested affidavits related to statutory boards, the current subject of interest in the investigation.

He also asked for more information about what redactions the government might want to make to sensitive evidence, as well as the best way to generally speed up the COI probe while accommodating the current challenges public officers face with the pandemic.

These statements, he added, would help speed up the hearing process so the team could meet its end-of-the-year deadline to write up its full report.

However, Mr. Rawat indicated that it took much longer than expected to obtain this evidence.

For example, he said acting Financial Secretary Jeremiah Frett’s statement, which was hundreds of pages long, didn’t come until Friday, even though related hearings were scheduled for this week.

“The concern of the COI is that when there are such delays, it undermines the ability of the COI team to prepare properly, and it puts at risk the hearing timetable,” Mr. Rawat said, adding, “We have reached the point where delays of this sort cannot be allowed to continue to disrupt the course of the COI.”

Though the COI has granted extensions for providing affidavits, Mr. Rawat questioned why the seemingly well-staffed Inquiry Response Unit continues to struggle with fulfilling requests made months ago.

To explain the affidavit delays, Mr. Haeri said the IRU and government have been struggling to comply with numerous requests from the COI, as well as challenges associated with the pandemic and other obstacles.

Since May 20, he said, 59 affidavit requests were received, which included follow-up requests Sir Gary made when he found the initial responses insufficient. Mr. Haeri said government has so far fulfilled 40 requests and otherwise dealt with two others.

“Each affidavit requires extensive work,” Mr. Haeri said. “Not only have several affidavits required exhibits in the thousands of pages — many more also had exhibits in the hundreds of pages. So this has been a very significant effort on the part of many persons working over the last months, and in some cases without break and in very difficult circumstances so as to assist as much as is reasonably possible and on time.”

He added that making redactions to those thousands of pages takes time as well, and public officers have to simultaneously carry out their usual government work.

Mr. Haeri also shared some concerns with how documents are being published, pointing to audit reports that hadn’t gone to the House of Assembly before appearing on the COI’s website.

After their discussions on the topic, they ultimately agreed simply to proceed with caution in the hearings. Sir Gary said he would instruct participants to avoid unnecessarily disclosing people’s personal information. Mr. Haeri said protecting such “extremely sensitive” personal information will be especially important when reviewing evidence like belongership and hardship applications.

Sir Gary said in July that the previous delays in obtaining information from government led him to ask Governor John Rankin for an extension to his July deadline to submit a report on his findings. Mr. Rankin complied, granting a six-month extension.

On Monday, Sir Gary said it is imperative for government to find the most efficient way of providing the rest of the requested evidence as quickly as possible so the COI team can review it and schedule the remaining hearings.

“This is important because we are planning the hearings, and as [Mr. Haeri] was saying to us, [the government] wants to know what the timetable is, and we want to fix the timetable,” Sir Gary said. “We can’t fix the timetable without the basic information, some of which was requested several months ago.”

One major challenge that remains is the poor state of recordkeeping in the territory, Mr. Haeri said.

He couldn’t offer estimates of when the outstanding requests might be fulfilled, but he said ministers would do their best to provide support, especially if the COI provides more guidance on how to prioritise information requests.