Following an online news report about the recent closure of Ellis Thomas Downs, government issued a statement last week denying that it cancelled a lease granted to the Thomas family …

END_OF_DOCUMENT_TOKEN_TO_BE_REPLACED 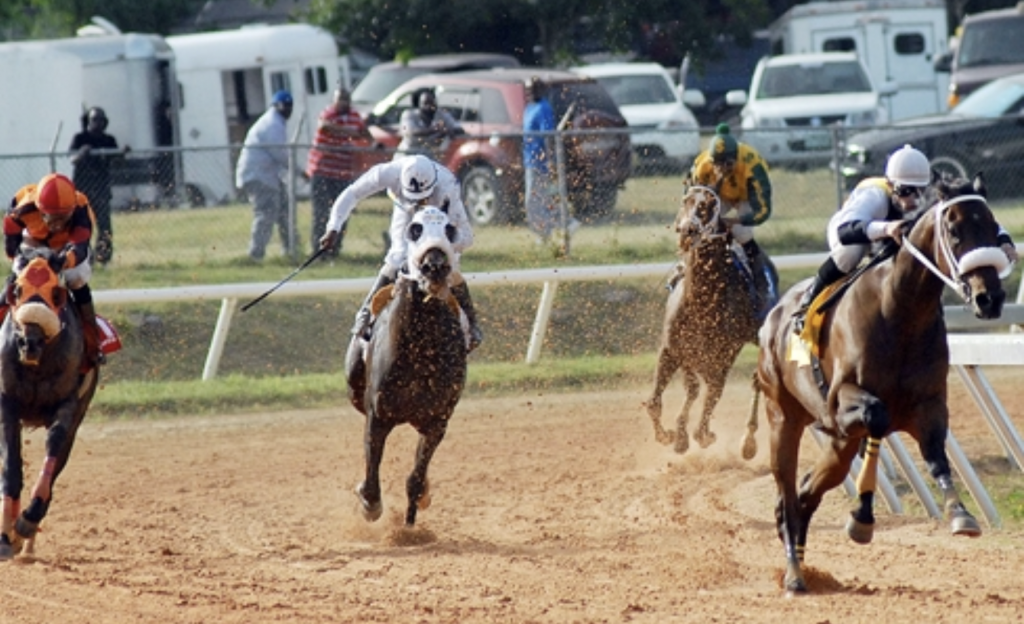 Horses race at the Ellis Thomas Downs in Sea Cows Bay in 2015. The track is currently closed amid a land dispute. (File photo: DAVID HELDRETH)

Following an online news report about the recent closure of Ellis Thomas Downs, government issued a statement last week denying that it cancelled a lease granted to the Thomas family that owns much of the horse track land.

However, the facility remains closed, with no re-opening date projected.

The closure was first announced in a Sept. 8 press release from the Ministry of Education and Culture, despite a horse race scheduled for 10 days later.

Few details were provided in the release, which was peppered with legal jargon and advised the public not to use the track.

But on Sept. 14, Virgin Islands News Online quoted a Thomas family member who reportedly claimed the government had “unilaterally” cancelled its contract with the landowners. She also reportedly said the family had received threats because of the closure.

Attempts to reach the family member were not immediately successful, but on Sept. 15 government said it is commitment to resolving “all outstanding issues” with the family as negotiations continue.

“In these circumstances, it is not the government’s intention to engage in any protracted public debate on issues which are likely to arise during the negotiations,” the statement noted. “Indeed, government considers that to do so at this stage may well be counterproductive or prejudicial. This notwithstanding, following the statements to the press by the Thomas family, government considers it necessary to publicly respond in an effort to bring clarity to certain matters for the record.”

The statement went on to explain that a meeting with the Thomas family took place on Sept. 8, mainly to discuss a rent review.

However, government added, Premier Dr. Natalio “Sowande” Wheatley and other ministers had to excuse themselves shortly after the meeting began “due to certain developments concerning” the late Queen Elizabeth II, who died that day.

After they left, members of the Attorney General’s Chambers and ministry officers responsible for Crown lands continued the meeting, according to government.

“At the meeting, the government representatives did not ‘cancel’ the lease with the Thomas family,” the statement claimed. “Rather, fundamental legal issues were raised, and ultimately the Thomas family indicated that they would not allow further use of their property. The family stated this to be a non-negotiable position, and the government accepted.”

That evening, government issued a notice advising the public not to use the property until further notice.

The statement last Thursday did not provide a timeline for the possible re-opening of the track, but it did condemn the alleged threats against the Thomas family.

“We expect that any such threats will be dealt with to the fullest extent of the law,” the statement added.

The closure resulted in the cancellation of a Sept. 18 race, which had been postponed from Sept. 4 due to inclement weather, Horse Owners’ Association President Lesmore Smith told the Beacon last week.

Mr. Smith declined to comment on the land issue, and he said he didn’t know how long the closure would last.

“I’ll just wait on the outcome and see how soon it may or may not be resolved to move forward, but I hope it will move forward in the interest of all people involved,” he said.

He added that many horse owners support their horses with revenues earned from the races.