As 84-year-old Decima Smith received her keys from Health and Social Development Minister Marlon Penn, she wanted everyone to know how thankful she was for her new home. The pink …

END_OF_DOCUMENT_TOKEN_TO_BE_REPLACED 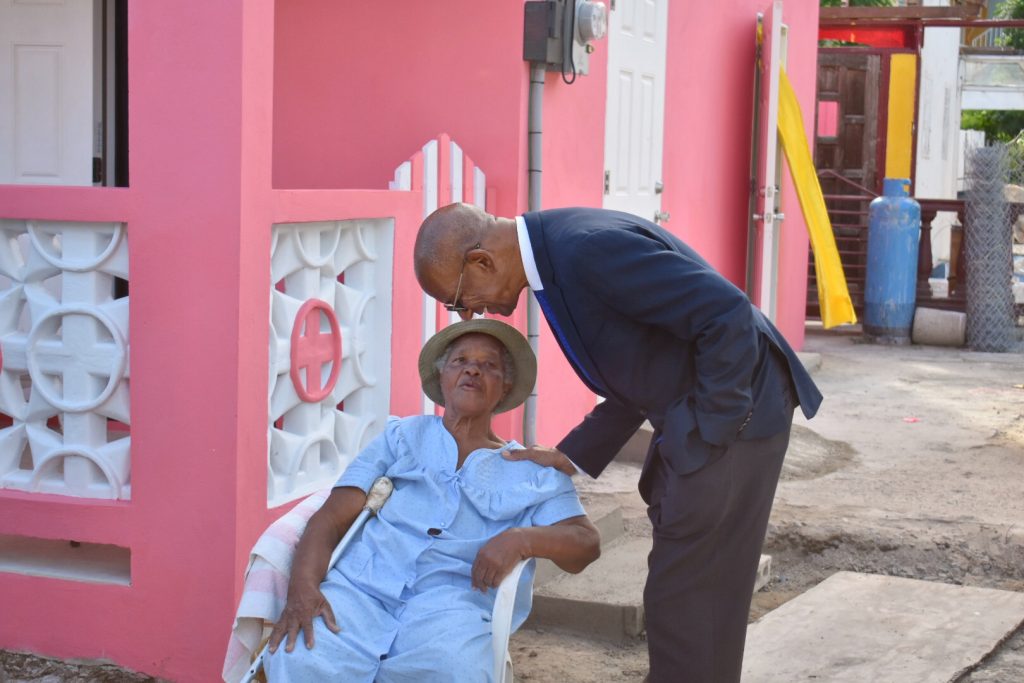 As 84-year-old Decima Smith received her keys from Health and Social Development Minister Marlon Penn, she wanted everyone to know how thankful she was for her new home.

The pink concrete residence in Lower Estate, which is about 650 square feet, was a $70,000 gift from the government, and the first of many that are to be built under the Housing Recovery Assistance Programme.

The $15 million initiative was established under the Ministry of Health and Social Development after the 2017 hurricanes to help homeowners rebuild.

“We’re happy that we’re here this afternoon to be able to present to Ms. Decima the official keys to this building to start her life over again, to recover after a very devastating 2017,” said Mr. Penn (R-D8).

He also acknowledged that he was merely the “inheritor” of the HRAP from Opposition Leader Ronnie Skelton, who oversaw the programme in its initial stages before he was fired from the HSD minister position in November.

Mr. Skelton (R-at large) attended the ceremony but did not give any remarks.

‘No place to stay’

“I thank you very much for building me a little home, because I had no place to stay,” she told the ministers.

Mr. Vanterpool later told the Beacon that more of his constituents in the Fourth District will receive homes, noting that Lower Estate and surrounding neighbourhoods were some of the “hardest hit” areas in the territory.

He added that he knew of several constituents receiving assistance through the HRA but explained that he could not call all of their names.

The minister also explained that people in need of housing through the HRA are selected after a “project team” assesses their applications and areas at risk.

Dr. Smith (R-at large) spoke similarly in his remarks, noting that the government is interested in assisting people who “had no insurance and were not able … to provide the means to [rebuild] themselves.”