The government will soon invite proposals for rebuilding the Palm Grove Shopping Centre, which was demolished in August after being gutted by Hurricane Irma, according to Premier Dr. Orlando Smith. …

END_OF_DOCUMENT_TOKEN_TO_BE_REPLACED 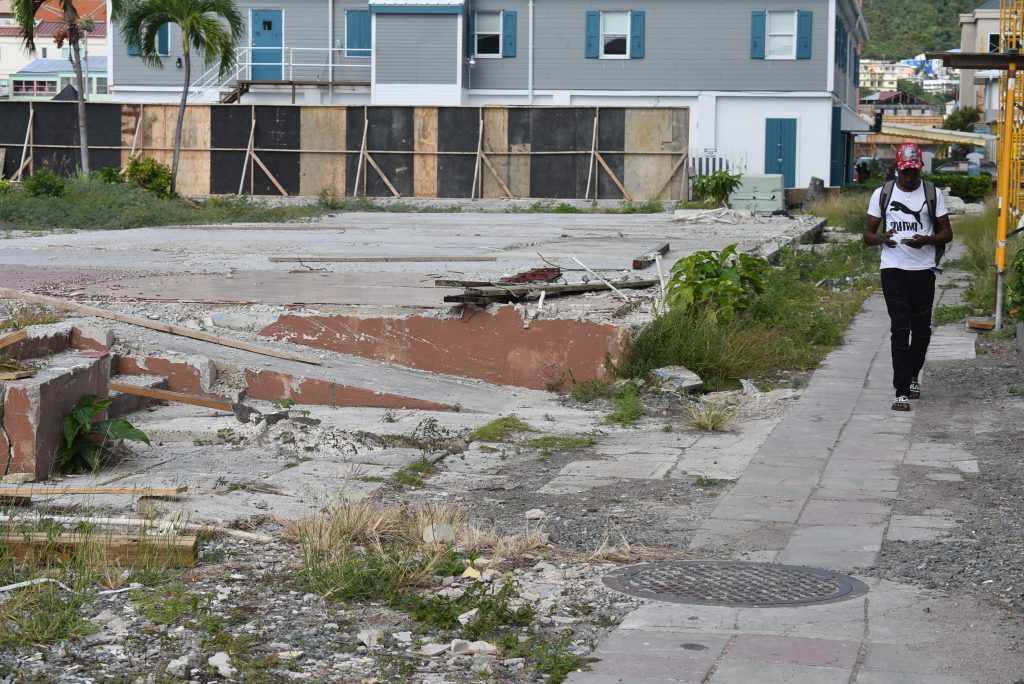 The attorney general is reviewing a draft request for proposals to rebuild the Palm Grove Shopping Centre, which was demolished in August. (Photo: CLAIRE SHEFCHIK)

The government will soon invite proposals for rebuilding the Palm Grove Shopping Centre, which was demolished in August after being gutted by Hurricane Irma, according to Premier Dr. Orlando Smith.

“Government’s intention is to have a building constructed in that area,” Dr. Smith said in response to a question from Opposition Leader Andrew Fahie (R-D1) last Thursday, Dec. 19, in the House of Assembly.

Mr. Fahie asked the premier whether the government
or a private entity will finance the rebuild. Dr. Smith responded that a draft request for proposals had been submitted to the attorney general for review and said no contract had been awarded.

He added, “If someone comes in who can … put the
building together,then there can be an agreement, a discussion with government about cost and construction and how the building can be utilised.”

Mr. Fahie then asked,“Government has nobody in mind [for the contract]?”

Mr. Fahie continued, “It’s wide open:It’ll be tendered.…So
nobody is cleared. This place is full of rumours,where you’ve got to get these things cleared up.”

At the time of the demolition,City Manager Janis Braithwaite-Edwards told the Beacon that the structure was razed because it had become a danger to
the public.

“You have a situation where even despite the caution tape,
people thought that they should walk through the building,” she said. “We didn’t want that kind of high traffic in the building.”

She added that the building had been slated for demolition before the hurricane, due to
being structurally unsound.

Leaseholders, she said at the time, will still have their
leases honoured.

Last Thursday, the premier echoed her statement, saying
that tenants have been apprised of the situation,“and we
intend to involve them as much as possible.”

He added that current leases have been suspended and that tenants will have first right of tenancy in a new facility
once constructed.

According to a report on the 2018 deliberations of the Standing Finance Committee, which met in March and April, an update on the structural integrity of the
centre indicated that the building should not be rebuilt in its condition at the time.

According to the SFC report, all of the Wickhams Cay
lands have a 99-year lease arrangement.

“The government will have to provide space,” Ms.
Braithwaite-Edwards said in August. “It will happen.”