Inquiry > Government in talks with Britain on proposal

Government in talks with Britain on proposal

On May 11, Premier Dr. Natalio “Sowande” Wheatley announced that his National Unity Government was waiting for the United Kingdom to respond to a proposal for carrying out governance reforms …

END_OF_DOCUMENT_TOKEN_TO_BE_REPLACED 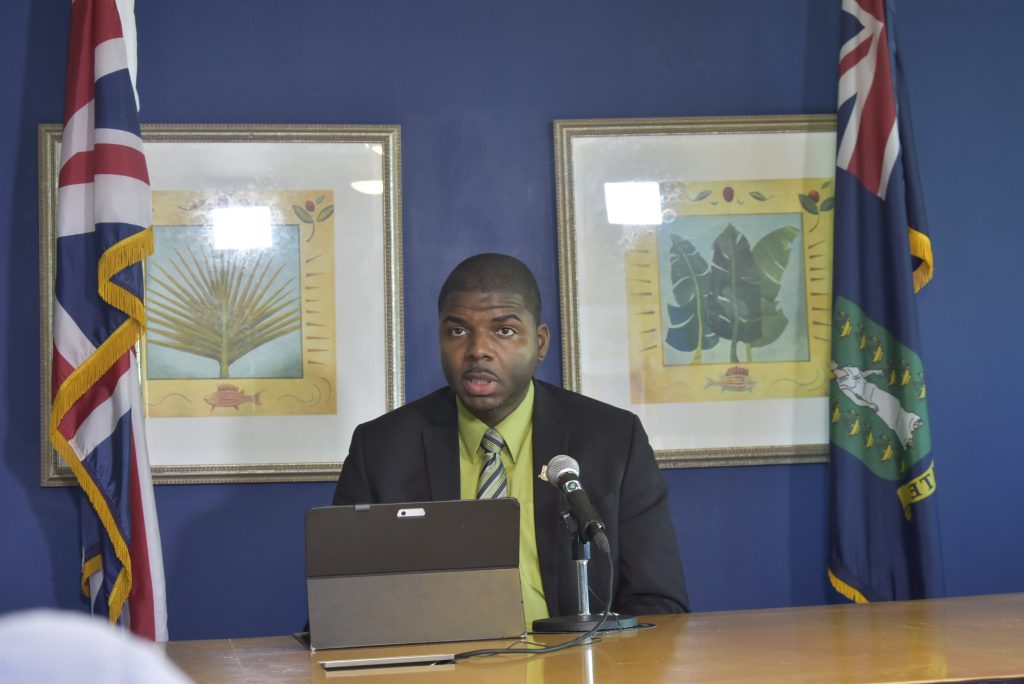 On May 11, Premier Dr. Natalio “Sowande” Wheatley announced that his National Unity Government was waiting for the United Kingdom to respond to a proposal for carrying out governance reforms without the period of UK direct rule recommended by the recent Commission of Inquiry report.

But when asked last Friday why the proposal still hadn’t been made public, Dr. Wheatley revealed for the first time that his government has been in closed-door discussions with the UK to finalise it.

“The proposal has been discussed among myself, the governor, and officials from the [Foreign, Commonwealth and Development Office],” he said during a press conference.“It hasn’t been a matter of submitting a proposal and then they’ll just accept it. We’ve had negotiations about the type of language that will be finally agreed to. I believe we’re at a point now where we’ll submit a final version, and we hope to have a response in short order from the UK.”

After the proposal is finalised, he said, it will be made public and community members will get a chance to weigh in.

“The proposal has gone through several iterations,” he added. “As you can appreciate, when you have any negotiation, a negotiation goes back and forth. It’s not a matter of submitting a proposal and it being accepted. Sometimes proposals have to go through amendments. It wouldn’t be good practice, in the middle of a negotiation, to share documents which are not yet final.”

He also promised that the government will host discussions in each district once the final proposal is published.

Dr. Wheatley added on Friday that Amanda Milling, the UK minister responsible for the overseas territories, had said the UK government had not made any decisions as to “what approach the UK will be proceeding with.”

The NUG proposal was created in response to one of the main recommendations in the COI report: the partial suspension of the VI Constitution in order to allow for the dissolution of the HOA and direct UK rule for at least two years while the COI-recommended reforms are implemented.

On Friday Dr. Wheatley urged the public to study the report in its entirety, and he noted that his government’s proposal challenges the direct-rule recommendation but supports the COI’s other recommendations.

“The proposal we put forward is how those reforms will be implemented under a system of democratic governance,” he said. “Democracy is very important to the people of the Virgin Islands. We’ve worked hard to achieve it ever since we’ve had our Legislative Council instituted since 1950. We do not want to lose our democracy, and I believe the best option for us — and the best option for the United Kingdom, who is a champion of democracy across the world — is to work [together] to implement these reforms.”

He added that the recommendations in the nearly 1,000- page COI report address issues that “the public has been crying about for many years.”

“We see these reforms as being in the best interest of the people of the Virgin Islands,” the premier said.

The Governor’s Office and the FCDO did not respond to requests for comment, but during an interview with 284 Media on Wednesday Governor John Rankin confirmed that he and other UK officials are in negotiations with the VI government about the proposal. However, he said he couldn’t provide a timeline for a UK decision on direct rule outside of saying that he hopes word will come “soon.”

Also during the press conference, the premier touched on other topics including the dissolution of three statutory boards as well as gambling and medical marijuana legislation. In response to one of the COI recommendations, Dr. Wheatley and his administration decided to replace members of the BVI Ports Authority Board, the BVI Airports Authority Board, and the Social Security Board.

“I must emphasise that our dismantling of these boards was not due to any knowledge of wrongdoing on their part but, in light of all that has happened, the need for a fresh start in the best interest of the people of the Virgin Islands,” the premier said.

Asked how new board members will be chosen, Dr. Wheat- ley said his government is committed to transparency.

“The recommendation certainly proposed that these appointments are made in a much more transparent way,” he said. “We’ve been doing advertisements to boards as it pertains to ensuring we are in line with that commitment to transparency.”

He added that government will ensure that people who sit on the boards have the necessary experience.

“We also have this statutory commission which has been proposed [in the report],” he added.

Other steps recommended by the COI report are also getting under way, Dr. Wheatley said, adding that some of the recommended audits “are already ongoing” and the auditor general has “put forward the resources she will require to be able to take [the] audits forward.”

The police commissioner has also proposed timelines and resources to conduct investigations, according to the premier.

“The Government of National Unity supports all the audits and investigations, because of course we want to ensure that the people of the Virgin Islands know exactly how that money has been spent,” he said. “We
have a duty to ensure that we hold persons accountable.”

Asked how soon the government will tackle the COI recommendations on belongership and residency, Dr. Wheatley said that it addressed the matter in its proposal to the UK.

“The report speaks to having a review [of the law], and of course that review will inform our policies and any amendments to the law,” he said.

Meanwhile, he urged residents to discuss issues of immigration in a “positive” and “mature” way.

“I’m calling for us to have an open and transparent dialogue on immigration issues in our community, not one where one group is attacking another group. But let’s look at what’s in the best interests of the Virgin Islands and the Virgin Islands moving forward for generations to come,” he added. “We want to continue to build our society to be a place that is inclusive, but also that’s a place where we preserve our history, our tradition, our culture; where we are able to provide opportunities for all. And I believe that we can do it.”

“There is the need to diversify our tourism product,” he said.

The premier added that increasing airlift to the United States will improve tourism, and so will investing in sports facilities.

“We will also see if we can attract investments so that we can build some properties that can help us when we have things like event tourism,” he said, adding, “I think it’s time for us to start implementing those ideas and start to see how we can aggressively raise revenue.”

“NHI right now, the way it’s going it’s not sustainable,” he added. “There’s a lot of work that needs to be done. And now is the time to do it. Because we can’t continue to kick the can down the road. We have to make tough decisions right now to make sure that our government finances and our economy as a whole is viable.”

SELF-GOVERNANCE REPORT TO BE PUBLISHED SOON

In March, Dr. Carlyle Corbin, an international advisor on governance, completed a taxpayer-funded report on the territory’s ability to self-govern, and he delivered talks about his findings across the territory.

But to date, his report hasn’t been made public.

On Friday, however, Premier Dr. Natalio “Sowande” Wheatley said he will submit the report to Cabinet in order to make the document public soon.

“I am pleased to report that, now as premier, I am taking the self-governance assessment to Cabinet, which was not previously done,” he said. “It will then be officially published for the public’s consideration.”

The move, he said, will ensure “meaningful” public engagement. Dr. Wheatley also said that he previously pushed for the publication of the assessment.

“The document to date has not been shared in any public forum, but only noted for the record at the United Nations Pacific Regional Seminar on Decolonization,” he said.

The assessment, he added, was done to give additional information that would be helpful in preparing for a constitutional review.