Asked recently how much the government is paying the law firm Withersworldwide for representation during the ongoing Commission of Inquiry, Premier Andrew Fahie did not provide an exact figure. But …

END_OF_DOCUMENT_TOKEN_TO_BE_REPLACED 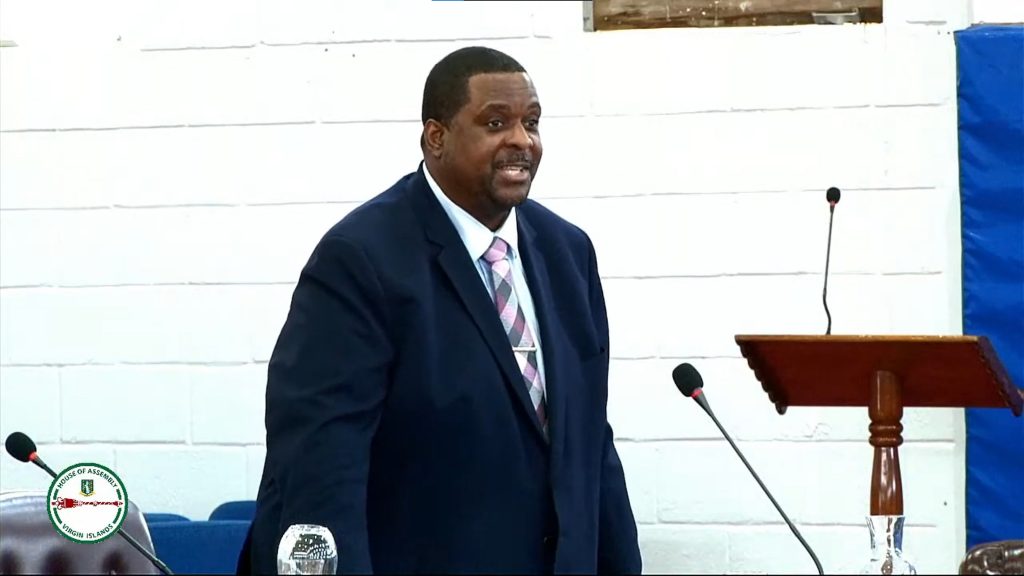 Asked recently how much the government is paying the law firm Withersworldwide for representation during the ongoing Commission of Inquiry, Premier Andrew Fahie did not provide an exact figure. But he said more than $3 million has been spent so far, and he reiterated an earlier promise that payments to the firm wouldn’t exceed $5 million overall. (Screenshot: HOA/YOUTUBE)

Asked recently how much the government is paying the law firm Withersworldwide for representation during the ongoing Commission of Inquiry, Premier Andrew Fahie did not provide an exact figure.

But he said more than $3 million has been spent so far, and he reiterated an earlier promise that payments to the firm wouldn’t exceed $5 million overall.

The London-headquartered law firm, which has a Virgin Islands office, has been working alongside the Attorney General’s Chambers as the COI gathers information and questions public officials.

“The allegations levied against the territory in the public domain of the world are very serious and can have irrevocable reputational damage, even when the allegations are proven not to be valid,” the premier said Aug. 12 in the House of Assembly when answering questions from Opposition Leader Marlon Penn.

He added that government sought the legal representation out of concern for the VI’s good standing in the financial world. Mr. Fahie also reiterated his support for a transparent inquiry.

In February, government announced that Withers would carry out administrative duties related to the new Inquiry Response Unit, a body designed to “ensure full cooperation with the inquiry and facilitation of the inquiry process, while upholding the legal duties and legitimate interests of the government,” a press release explained at the time.

UK lawyer Sir Geoffrey Cox, a Queen’s counsel who formerly served as attorney general of England and Wales, was tasked with leading the unit.

The Feb. 22 press release explained that the IRU would support the AG’s Chambers with providing information to the commission “in a systematic, efficient and well-organised way, which is both auditable and accountable.”

It would also work to uphold the interests of the VI government, the release added.

However, the COI frequently has taken issue with the manner in which it received documents.

The commission stated on May 17, “In respect of production of information and documents, the hearings followed letters of request of mainly ministers and other public officials to make voluntary disclosure to the COI. The disclosure made following those requests, although purportedly full, appeared incomplete; and, after five days of hearings at which the commissioner took evidence from a number of summonsed witnesses, it was clear that the disclosure made was substantially incomplete and in poor order.”

The team also complained of insufficient or late documents throughout the first series of hearings.

Government lawyers, however, responded by complaining that the COI’s broad requests were difficult for short-staffed public agencies to meet during the Covid-19 pandemic.

Mr. Fahie said on Aug. 12 that Cabinet had agreed that legal representatives be paid “based on the services rendered,” and since the COI is ongoing he didn’t know how close government was to reaching the $5 million maximum.

“This cost is paled in comparison to what it will cost the BVI if we do not successfully defend our good name and reputation worldwide,” the premier added.

Mr. Penn said the original contract ran until July 31, and he pressed for an estimate of how much was spent so far. The premier said he would procure the exact number for Mr. Penn, but added that he knew it was “just a little over $3 million.”

He did not answer the question of whether the firm’s contract had been extended.

Mr. Penn also asked why the government didn’t hire a VI-based firm instead, and Mr. Fahie countered that the COI has become a matter of international attention, even in Westminster.

“Our territory trades on our reputation, and it was the duty of this government to ensure that the interests of the territory are well represented in this inquiry,” Mr. Fahie said. “The government of the Virgin Islands was forced to respond to the aggressive launch of the COI with legal representation that was well experienced with COIs and the dynamics of small island developing states, the overseas territories, and the workings of the United Kingdom government.”