Local News > Government might ban some plastic and Styrofoam

Following in the footsteps of a growing number of other Caribbean nations, the Virgin Islands is looking to stanch the flow of single-use plastics into the territory. Cabinet is currently …

END_OF_DOCUMENT_TOKEN_TO_BE_REPLACED 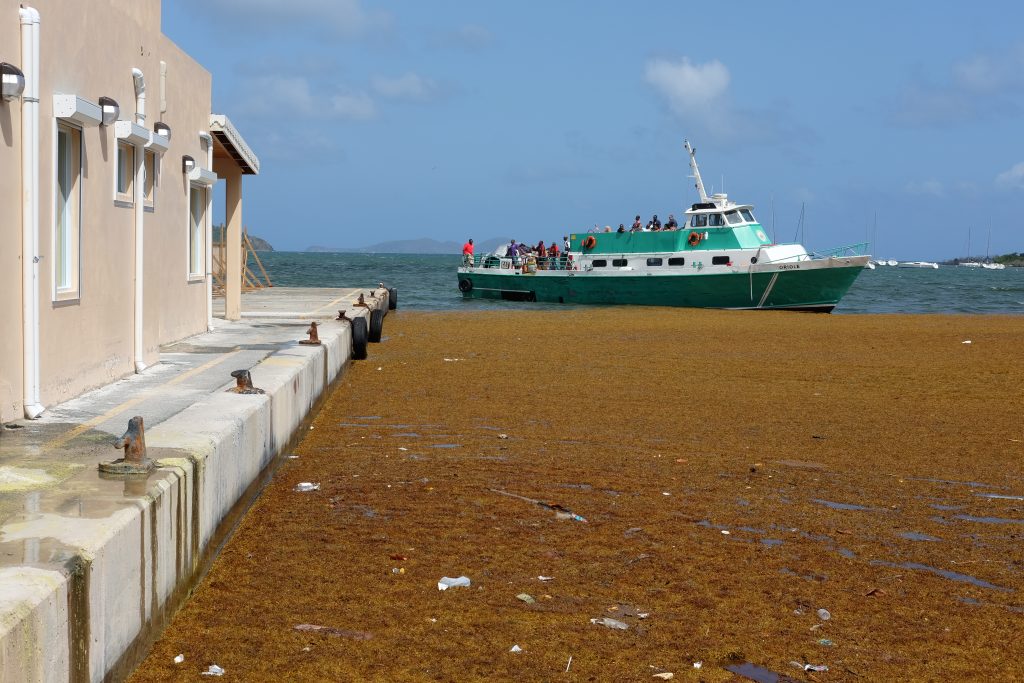 Following in the footsteps of a growing number of other Caribbean nations, the Virgin Islands is looking to stanch the flow of single-use plastics into the territory.

Cabinet is currently considering a proposal to ban or restrict the use of certain types of products like plastic straws and Styrofoam, officials have said in recent days, though they have not provided specifics.

Petrona Davies, permanent secretary in the Ministry of Health and Social Development, confirmed this week that her agency had submitted the proposal, and said she will comment further after a response has been received.

“I’m hoping to have something to say by the end of the month, or early next month,” Ms. Davies said.

“We’ve got to find a way of reducing the amount of waste that goes to our sites,” he said. “Through the Ministry [of Health], we’re looking at possibly banning certain types of materials — single-use plastics and Styrofoam.”

Local non-profit organisations have long advocated for legislation that would prohibit the importation and sale of certain plastic products that are only used once before they’re discarded.

Across the territory on any given day, Styrofoam trays of half-eaten food, mangled shopping bags and other plastic litter can be found dumped on the roadside, in ghuts, and tangled in mats of sargassum around the Road Town Ferry Terminal as tourists arrive.

Green VI has been working to tackle the ubiquitous plastic waste problem for years. The non-profit’s executive director Charlotte McDevitt said the Ministry of Health and Social Development asked for recommendations earlier this year.

In a ten-page “briefing note,” the organisation suggested that Styrofoam and other disposable food-and-beverage containers, along with plastic straws and cutlery, be banned from the VI. Biodegradable and eco-friendly alternatives should also be granted import duty exemption, the note recommends.

Currently, single-use plastics are found in “all sectors of the VI population,” including at restaurants, bars, food vendors, households, schools, churches, businesses and the government, Green VI pointed out.

In 2006, the United Nations Environment Programme estimated that every square mile of ocean contains 46,000 pieces of floating plastic. Green VI calculated that the territorial waters include 31,750 square miles of ocean, which would bring the total number of floating pieces of plastic in the VI alone to about 1.46 billion.

Residents don’t merely have to wait for laws to change, however, according to the organisation.

“As we await helpful new legislation, we can all use our consumer influence and ask businesses to stop using Styrofoam and other single-use plastics and support businesses who make the change to eco-friendly alternatives, which are now readily available on island,” Green VI wrote in a recent set of annual reports.

If government decides to take a firm stance on plastic pollution, the VI would join the ranks of several other Caribbean countries that have taken similar action in recent years.

Antigua and Barbuda, the Bahamas, Belize, Grenada, Guyana, Haiti, and St. Vincent and the Grenadines have initiated bans or restrictions on Styrofoam, plastic bags or plastic bottles, according to Green VI.

The dual phases are in keeping with the Non-Biodegradable Waste Control Act, according to a press release from the country’s government.

“We’re way, way behind time for that: There can be no argument about that,” she said, according to NowGrenada.com. “They are not biodegradable, so they stay in the earth. They stay wherever they are thrown for years and years. … This has become an environmental problem, especially when we look at our landfill, which has so many problems. We just cannot afford to continue to compound it.”