END_OF_DOCUMENT_TOKEN_TO_BE_REPLACED

Government offered a clearer picture of the role United Kingdom lawyer Sir Geoffrey Cox and Withersworldwide are playing in its response to the UK’s corruption probe this week with the announcement of a new Inquiry Response Unit.

The Virgin Islands Cabinet established the independent unit on Feb. 5, two weeks after the commission of inquiry officially launched, to support the investigation into alleged misconduct, according to Government Information Services.

The unit will “ensure full cooperation with the inquiry and facilitation of the inquiry process, while upholding the legal duties and legitimate interests of the government,” a Monday press release explained. 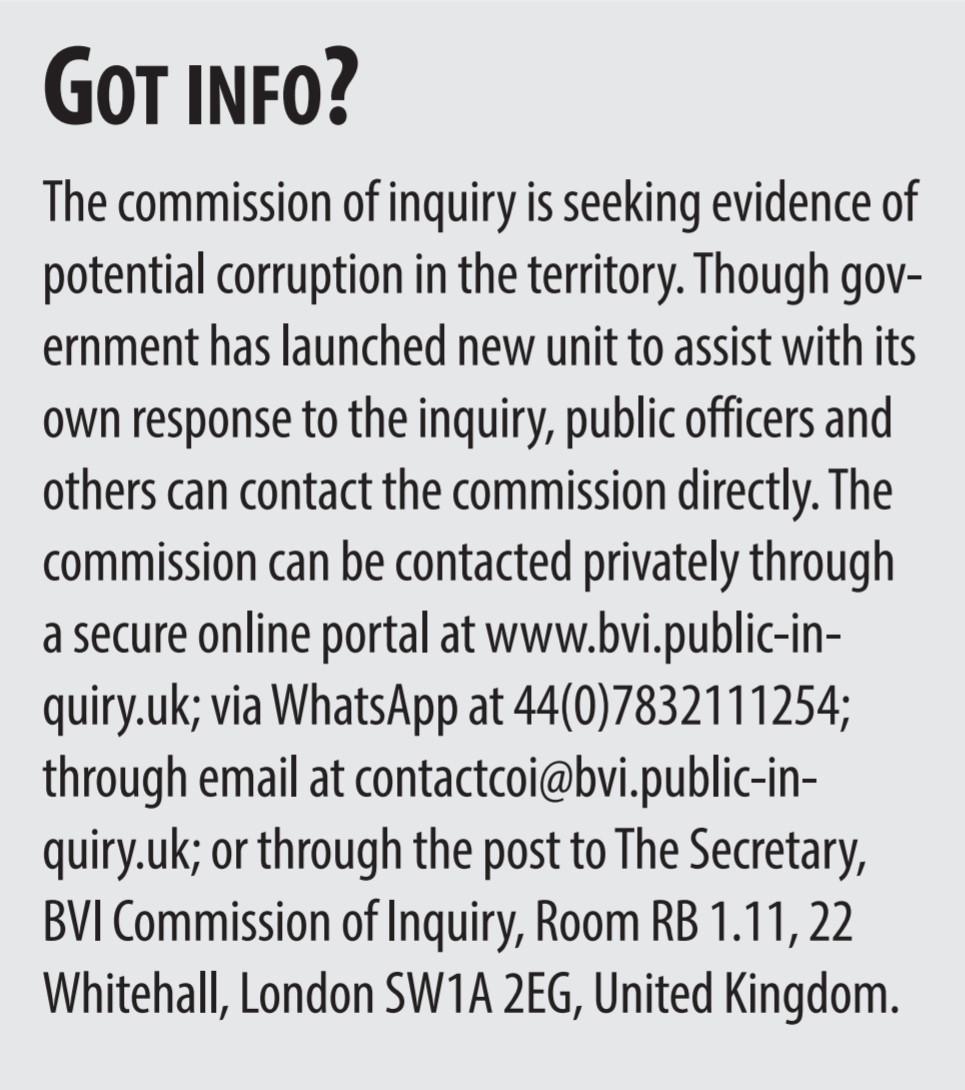 Sir Geoffrey, a Queen’s counsel who formerly served as attorney general of England and Wales, is leading the unit, and Withers is carrying out administrative duties. The international law firm is headquartered in London but has VI headquarters, and it will report to Attorney General Dawn Smith, government stated.

“The IRU functions as an independent unit to support the Attorney General’s Chambers in ensuring that information is provided to the inquiry in a systematic, efficient and well-organised way, which is both auditable and accountable,” according to the press release. “The IRU will also assist ministers and public officers to understand their duties in relation to the inquiry.”

According to the new unit’s mission statement, it aims to coordinate and give advice for disclosing information to the commission, “while ensuring the legal duties and legitimate interests of the Virgin Islands government are upheld.”

Last week, the inquiry team announced that it would focus on collecting information and documentation from public officers, including elected and statutory officials.

“The commissioner has been informed and welcomes that it is BVI government policy that all ministries, departments, statutory bodies and government-owned entities provide appropriate and timely cooperation with the inquiry,” commission secretary Steven Chandler stated in a Feb. 15 press release. “He also understands that the attorney general, assisted by Withers Solicitors, will coordinate the implementation of that policy.”

These measures, he added, will not prevent public officers from contacting the commission directly.

“They have every right to do so, and if they do their information and input into the inquiry will be kept strictly confidential,” he said.

The investigation, first announced Jan. 18 by then-Governor Gus Jaspert, is looking into allegations of political intimidation, misuse of public funds, and possible organised crime, among other misconduct. Commissioner Sir Gary Hickinbottom is charged with providing a report within nine months.