Health and Social Development Minister Carvin Malone signed a memorandum of understanding with the non-profit organisation Green VI to implement a territory-wide recycling system, according to a press release issued …

END_OF_DOCUMENT_TOKEN_TO_BE_REPLACED 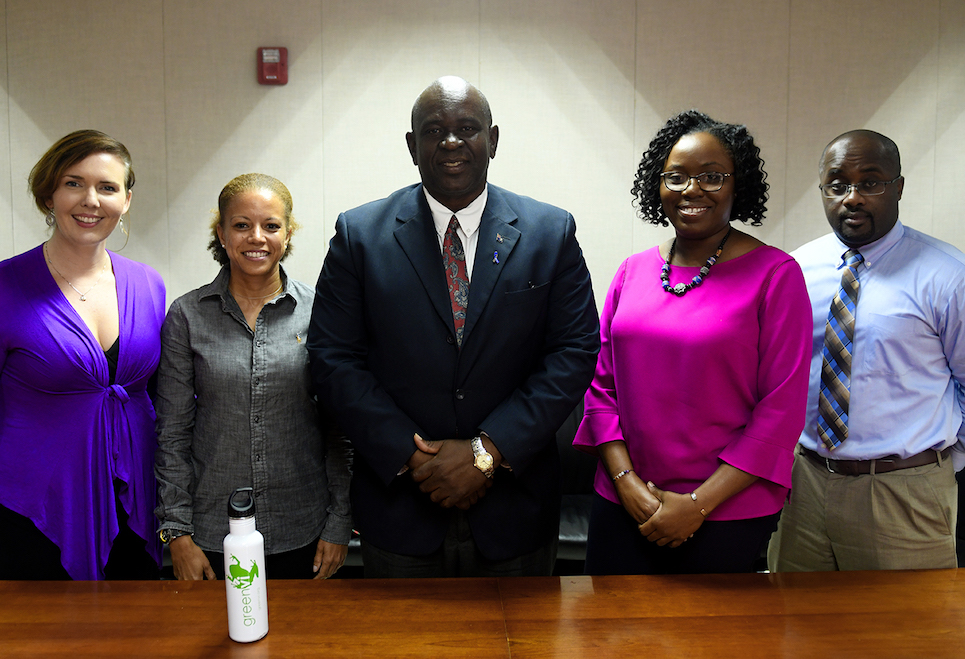 Health and Social Development Minister Carvin Malone signed a memorandum of understanding with the non-profit organisation Green VI to implement a territory-wide recycling system, according to a press release issued Monday.

The government will also make additional funds available “to aid in a recycling strategy” and will provide data to Green VI to improve the recycling process.

Mr. Malone said in the press release that his ministry is promoting more sustainable waste disposal methods to relieve the burden on the VI’s existing waste management infrastructure, which has been strained in the past 10 years by the increase in solid waste.

He also said that the floods and hurricanes of 2017 not only disrupted a recycling pilot in Virgin Gorda but also created an unprecedented amount of debris.

The agreement was signed by Sarah Penney and Vanessa King of Green VI, who expressed enthusiasm about the partnership.

“We’ve been working on the ground for a long time, hand in hand with the government, in trying to create a very green BVI ahead of the green space for us and future generations of the BVI,” Ms. King said.