Local News > Government scores a win in case against Hyman

Government scores a win in case against Hyman

As the Virgin Islands tries to recoup $7.2 million paid to the now-defunct BVI Airways, a Washington DC court ruled last month that the government can depose and subpoena information …

END_OF_DOCUMENT_TOKEN_TO_BE_REPLACED 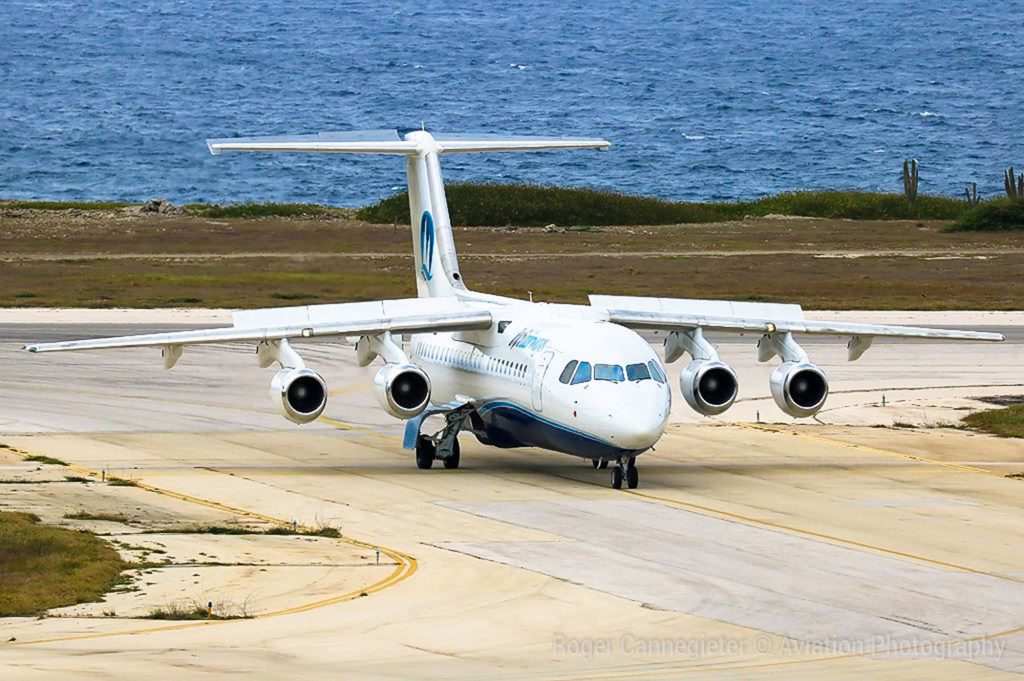 The above photo depicts one of BVI Airways’ jets at Curaçao International Airport, according to the airline’s Facebook page. The plane never operated commercial flights between Beef Island and Miami as promised, and government is contemplating a civil case against lawyer Lester Hyman for his role in the project. (Photo: BVI AIRWAYS FACEBOOK PAGE)

As the Virgin Islands tries to recoup $7.2 million paid to the now-defunct BVI Airways, a Washington DC court ruled last month that the government can depose and subpoena information from Lester Hyman, a DC-based lawyer who allegedly was involved in the airline’s unsuccessful attempt to initiate direct flights between the United States and Beef Island.

Mr. Hyman, who worked with the VI government for approximately 30 years before a BVI Airways-related dispute in mid 2017, introduced the parties involved in the failed airline deal.

Now government is considering suing him for alleged “fraud in equity, breach of fiduciary care and loyalty, and negligence,” according to a May 23 ruling by Judge Royce Lamberth in the United States District Court for the District of Columbia.

In relation to the potential case, government is seeking information including a comprehensive client file for Mr. Hyman’s work with the VI; financial records such as payslips; documents outlining the nature of the agreement between Mr. Hyman and the VI government, and more.

In the May 23 decision, Mr. Lamberth ruled largely in government’s favour: Mr. Hyman, the judge decided, can be compelled to provide much of the information requested by government and to testify under oath about his representation of the VI as its attorney and his relationship with the other partners in the BVI Airways deal.

And although the court denied other parts of the government’s application, it left the door open for government to file a more narrowly tailored request for further financial and tax information.

In its filing, government requested Mr. Hyman’s “entire client file for the BVI,” including any relevant correspondence that should be in the file.

VI attorneys claimed they had previously requested the file from Mr. Hyman in June 2019, the judgment explains.

“Despite having had the BVI [government] as a client for 30 years, Mr. Hyman responded that there was neither a client file nor any form of written communications ever created because all of [these] meetings were in person or over the phone,” according to the judgment. “The BVIG, however, is in possession of many emails and documents between the BVIG and Mr. Hyman regarding the failed airline venture, thus suggesting that Mr. Hyman’s response was inaccurate.”

According to the government’s request to the court, the file should include letters of engagement and other documents describing the legal services Mr. Hyman rendered to the VI in his 30 years of work on the territory’s behalf.

Additionally, for the period from September 2013 to the present, government requested copies of all account statements, payment slips, cheques, wire transfers, cash receipts and other financial records made to Mr. Hyman’s bank accounts, as well as his tax returns from 2014 to 2018. Government also requested any records of his providing legal services to the VI since Aug. 1, 2013, including for work related to the airline.

Government also wanted the ability to subpoena any DCbased information technology service that backed up Mr. Hyman’s computers since January 2014 to seek information about his correspondence with the airway partners. Additionally, government wanted to subpoena DC-based financial institutions he used since September 2013, and people who prepared his income taxes.

Though the court granted the government permission to seek much of the information it requested, there were many exceptions. For instance, it denied discovery requests for people or entities other than Mr. Hyman.

The court didn’t require Mr. Hyman to provide information from other people or entities not based in DC, specifically unnamed IT professionals, bankers and tax advisers who prepared his tax returns.

Now that government can depose Mr. Hyman and ask for specific names, however, the judge said in his ruling that it can refile part of its application in the future.

The judge also found that some of government’s requests about Mr. Hyman’s personal finances were “overly broad” and “unduly burdensome.”

“Although the court understands that the applicant has requested to see all of Mr. Hyman’s financial statements out of concern that he will hide any unlawful or unethical transactions, at this time, the court cannot allow the applicant to have unfettered access to his bank records and tax returns, most of which are unlikely to have any bearing on the contemplated lawsuit,” the ruling reads.

Rather than narrowing the request itself, the court decided to allow government to file a more specific request for financial records directly relevant to the airline venture and contemplated lawsuit. The judgment also stated that the court would consider compelling Mr. Hyman to turn over all the sought-after records if government can prove that he withholds relevant information.

Mr. Kenney, the VI government lawyer, said he plans to submit more narrow requests as soon as practicable, though he declined to comment further.

The judgment states that Mr. Kenney asserted in his declaration that proceedings seeking monetary damages from Mr. Hyman likely will be launched no more than 60 days after government finishes the discovery process.

“The BVIG’s investigations suggest that Mr. Hyman was a paid director of the failed airline and personally profited an undisclosed $10,000 in director’s fees, $2,500 for each in-person meeting, and stock options,” the opinion details. “Additionally, Mr. Hyman apparently received a secret $200,000 finder’s fee from the airline and/or its promoters for putting the deal together with the BVIG.”

Government also alleges that Mr. Hyman “failed to disclose important red flags about the airline investment” and urged Dr. Smith to sign an agreement that wasn’t in the territory’s interest, according to the judgment.

Mr. Hyman reportedly admitted to working on both sides of the transaction after attempting to characterise himself as an “honest mediator,” according to the judgment, which cites government’s application for the facts of the case. The court did not take a position on the allegations.

Government must reach “heightened pleading standards” for such allegations and needs strong evidence to bring forward a case in the VI, which is why it sought more information through the district court, the judgment explains.

“Because the allegations the applicant is contemplating are very serious, the attorney general would like to conduct investigations and discovery to ensure the accuracy of its founding pleading for use before the Eastern Caribbean Supreme Court at the BVI,” according to the opinion.

Mr. Hyman has maintained that he did nothing wrong, and yesterday his lawyer, Barry Pollack, said in an email that Mr. Hyman was glad the court was unwilling to subject him to certain VI government requests the court deemed “overly burdensome and invasive.”