Inquiry > Government sends proposal to UK, but it’s not public

Government sends proposal to UK, but it’s not public

END_OF_DOCUMENT_TOKEN_TO_BE_REPLACED 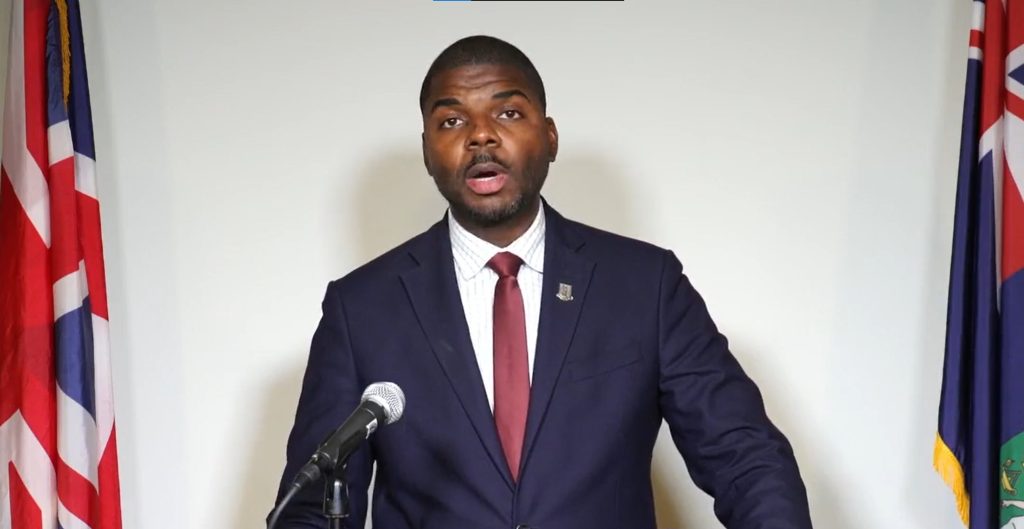 The newly formed “National Unity Government” has sent the United Kingdom a proposal to make reforms locally without the two-year dissolution of the House of Assembly as recommended in the Commission of Inquiry report, Premier Dr. Natalio “Sowande” Wheatley announced Wednesday evening. (Screenshot: GIS)

The newly formed “National Unity Government” has sent the United Kingdom a proposal to make reforms locally without the two-year dissolution of the House of Assembly as recommended in the Commission of Inquiry report, Premier Dr. Natalio “Sowande” Wheatley announced Wednesday evening.

The plan — which he submitted to Amanda Milling, the UK minister for the overseas territories — “sets out our approach to reform and presents a framework for implementation under continued democratic governance,” Dr. Wheatley said.

“It represents our commitment to good governance and strengthening our institutions and systems of government,” he added. “We want to engender a new culture in the handling of the people’s business.”

The government has not released the proposal to the public, but Dr. Wheatley said “firm plans to improve governance” would be made public soon.

The new administration is willing to work with the UK on enacting the reforms suggested in the COI report, he added.

Dr. Wheatley also expressed optimism that the cross-party government sworn in last week will be able to collaborate effectively in bringing change.

“As we work together, cutting across party lines, we will be holding each other accountable based on the commitments we made in order to forge the government of national unity,” he said.

The VI government, he added, is already implementing changes at the BVI Ports Authority, whose managing director, Oleanvine Maynard, is facing drug and money-laundering conspiracy charges in Miami.

BVIPA board chairman Kelvin Hodge, for instance, has agreed to tender his resignation, Dr. Wheatley said, adding that the remaining board members, whose terms were set to expire this week, will be replaced with “suitably qualified persons.”

“This decision was not taken lightly,” the premier said. “However, given the remaining concerns about security at the ports after the arrest of Managing Director Ms. Oleanvine Maynard and the details of her activities described in the affidavit filed in the US courts, we must refresh the board so its integrity is beyond reproach.”

He added that leaders are also examining the “legal and practical issues” of terminating Ms. Maynard’s appointment.

“In terms of the security of the ports, I have scheduled an urgent meeting with the governor and commissioner of police to discuss some of the security concerns and what measures can be taken to address them,” he added.

“It is not good practice to have the same persons sitting on multiple statutory boards, and we will make the necessary changes in accordance with best practice,” he said. “I will make an announcement shortly on a date and time when we present our comprehensive approach and invite your views.”