Significant work has been carried out in recent weeks to improve water distribution throughout the territory, according to Transportation, Works and Utilities Minister Kye Rymer. “The territory does not have …

END_OF_DOCUMENT_TOKEN_TO_BE_REPLACED 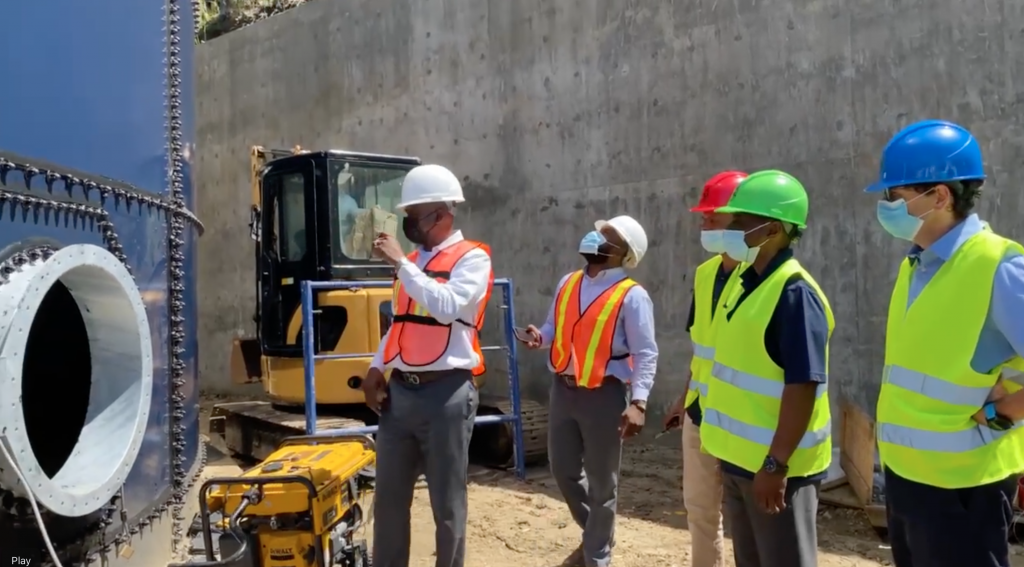 Significant work has been carried out in recent weeks to improve water distribution throughout the territory, according to Transportation, Works and Utilities Minister Kye Rymer.

“The territory does not have a water production problem: We are producing more than enough potable water to supply the entire population,” Mr. Rymer told the House of Assembly last Thursday. “Our challenges lie in the storage capacities and the distribution networks.”

According to the minister, the water infrastructure is aged and dilapidated, with frequent leaks and waterline breakages.

Such problems are costly: The government has been paying nearly $27 million to its water suppliers each year even though it only makes about $5 million from selling potable water, according to the minister.

He also provided updates about ongoing work at the Carrot Bay and Long Bush reservoirs, which he said are almost complete, with a hand-over ceremony slated for next week at Carrot Bay.

Eventually, some 200 digital meters will be installed in Huntums Ghut, Long Bush, Lower Estate and Main Street, according to the minister.

Mr. Rymer also said that 3,000 feet of pipeline has been installed from Spring Ghut into Paraquita Bay to provide an alternative means of distributing water to farmers.

“Agriculture at Paraquita Bay currently accounts for 150 gallons per minute, or over 300,000 gallons of water being withdrawn from our distribution network in the span of just four hours,” he said. “And might I add that water use or demand is also expected to increase from other programmes that irrigate food production in the area in the near future.”

A pump will be installed by one of the wells at the H. Lavity Stoutt Community College to provide another source of water to the farmers in Paraquita Bay, he added.

Teams from the Water and Sewerage Department are also upgrading segments of the main pipeline that may contribute to low pressure or have leaks, he said.

Mr. Rymer ended his statement by saying that water truck owners will take water to St. Vincent as soon as there is available space on a barge, in order to provide water to the country’s citizens during the aftermath of the volcanic eruption there.