Governor Gus Jaspert delivered his second Speech from the Throne on Thursday morning, outlining a legislative agenda packed with echoes of unfulfilled promises from previous speeches. Though the governor reads …

END_OF_DOCUMENT_TOKEN_TO_BE_REPLACED 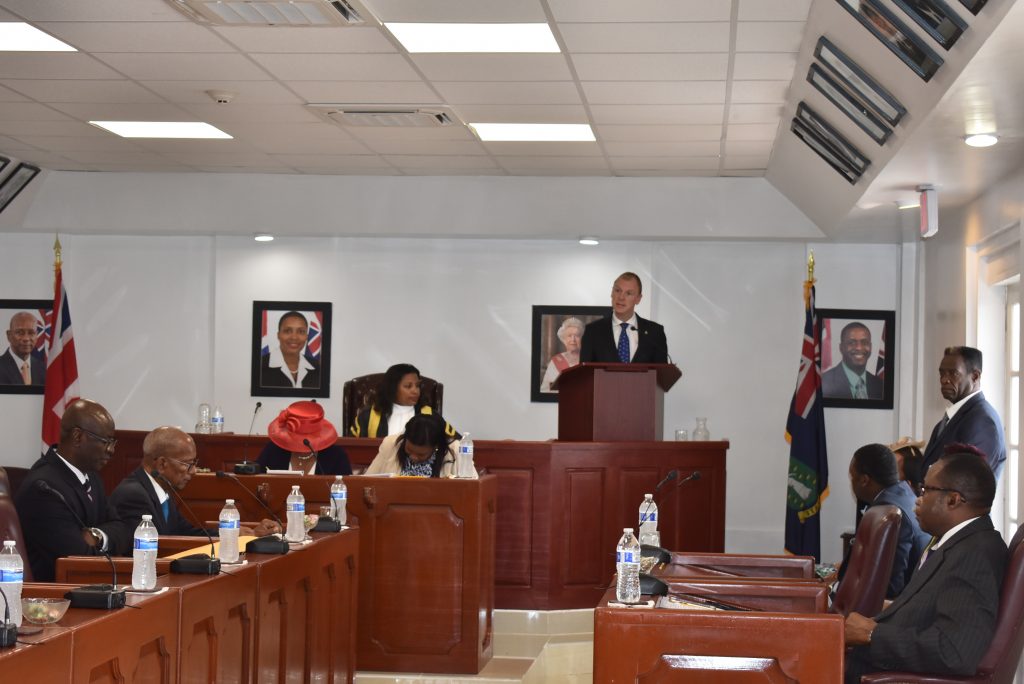 Governor Gus Jaspert delivers the Speech from the Throne in the House of Assembly chambers on Thursday morning. (Photo: CONOR KING DEVITT)

Governor Gus Jaspert delivered his second Speech from the Throne on Thursday morning, outlining a legislative agenda packed with echoes of unfulfilled promises from previous speeches.

Though the governor reads the address, elected lawmakers are the ones responsible for assembling the legislative line-up.

As in past years, their intentions sounded quite familiar: Mr. Jaspert’s speech touched on their commitment to passing comprehensive legislation overhauling the territory’s environmental regulations, child welfare protections and disaster management protocols, as well their plan to pass a law establishing a freedom-of-information unit in government.

These – and many other – pledges have been promised numerous times across numerous Throne speeches, yet legislative sessions have come and gone without their passage.

Mr. Jaspert seemed to allude to this.

“It was only about six months ago that I delivered the last Speech trom the Throne,” he said. “Therefore, much of what I will say today may sound familiar as these are much needed pieces of legislation that must be brought forward into this session to help this territory become stronger.”

In addition to the pledge to introduce freedom-of-information legislation, the governor also announced a handful of other planned developments designed to increase transparency.

“The Cabinet of the Virgin Islands has decided to publicise Cabinet decisions in keeping with the government’s commitment to promote more openness and transparency,” he explained. “As such, the premier and I will shortly announce how the publicising of Cabinet decisions will be implemented.”

Mr. Jaspert also said government planned to introduce the “Integrity in Public Life Act,” which will establish an Integrity Commission designed to preserve and promote integrity among public officials.

A public service management bill that includes legal protection for whistleblowers will also be brought to the HOA, according to the governor.