After facing criticism for delaying assent to two bills that would decriminalise and legalise medical marijuana, Governor Gus Jaspert said last Thursday that the matter is now in the hands …

END_OF_DOCUMENT_TOKEN_TO_BE_REPLACED 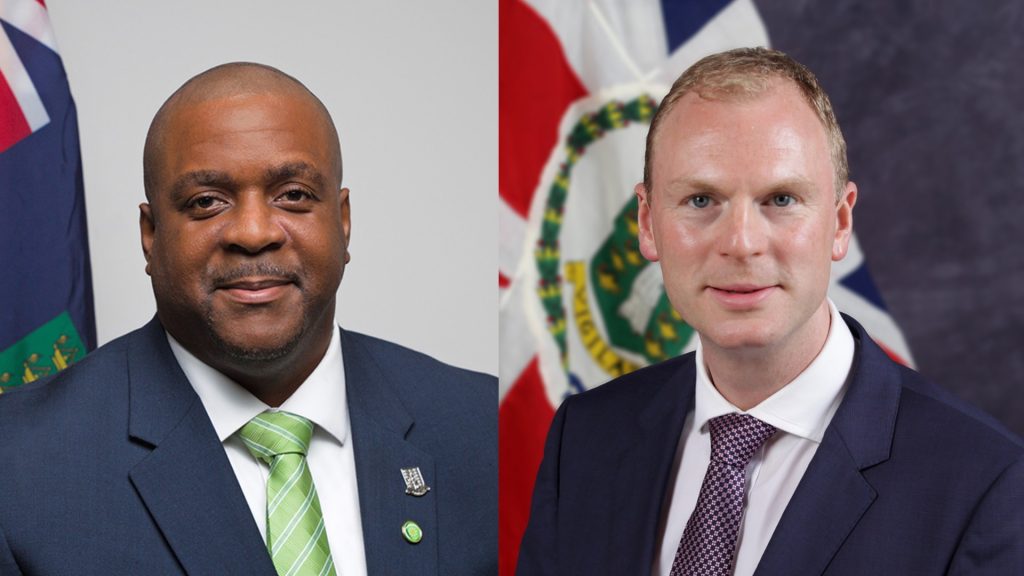 After facing criticism for delaying assent to two bills that would decriminalise and legalise medical marijuana, Governor Gus Jaspert said last Thursday that the matter is now in the hands of the United Kingdom foreign secretary.

The House of Assembly passed both bills in June, when Premier Andrew Fahie said they would provide a needed boost to the territory’s economy and free up policing resources to focus on matters more serious than pot arrests. Since then, HOA members have repeatedly urged Mr. Jaspert to assent.

Last Thursday, the governor applauded the government for introducing bills that could present potential economic opportunities, but he outlined hindrances that have prevented him from giving the green light.

Currently, he said, the UK government’s Home Office acts as the licensing authority for medical narcotics in the VI.

“The Cannabis Licensing Act [2020] would change that, establishing in law a new authority in BVI that would take over this responsibility from the Home Office,” he said.

That authority, he explained, would need to ensure that the VI complies with international narcotics regulations.

“There has been a great deal of public interest in both bills and therefore, after updating the premier and the Cabinet, it is right to update the public on their progress,” Mr. Jaspert said last Thursday.

He also explained the process of assent outlined in the Constitution. The governor, he said, may only assent to a bill “if it is fully compliant with international regulations, does not conflict with the Constitution, and does not pose risks in those areas that the Constitution makes clear are a governor’s responsibility, including the safety and security of the people.”

Mr. Jaspert went on to state that international regulations on medical marijuana are “extremely complex” and that the bills have required “a great deal of scrutiny and cross-examination with international laws.”

Since the VI is a British overseas territory, it is bound by the UK’s international obligations set by the United Nations when it comes to the regulation of drugs, Mr. Jaspert said.

“This process has been further complicated by the fact that cannabis has been a ‘live issue’ in the United Nations and with the World Health Organisation over recent months,” he said. “It was most recently debated on [Dec. 2], where the UN voted to remove cannabis and cannabis resin from Schedule IV of the 1961 Convention. The drug now sits within Schedule I alongside drugs such as cocaine and opium – recognition of the fact that it can have therapeutic benefits if used in a safe and controlled way, but nonetheless remains a dangerous drug that has the potential to threaten public health.”

Transferring narcotics licensing authority from the UK Home Office to the VI, he added, would require a binding memorandum of understanding.

“That way, there can be certainty for all involved that [VI’s] new industry will not breach the 1961 Convention or any international law now or in the future,” he said.

Mr. Jaspert added that he has asked officials in the VI and the UK to work together on this step.

The new VI authority, he said, would be responsible for the territory’s compliance with international laws, and it would need to be fully staffed.

Its establishment, he added, would be a “significant step forward” for the VI’s “self-determination.”

“I look forward to this taking place and to the beginning of a new medical marijuana industry here in the [VI],” he said.

The governor said the Drugs (Prevention of Misuse) Amendment Act 2020 is being given similar consideration in order to ensure compliance with international regulations.

The process, however, has been “complicated by the increasing number of illegal-drug seizures that have taken place in recent months” in the territory, the governor said.

He added that ministers in the UK are concerned by this issue and the VI’s “vulnerability to regional organised crime.”

The UK, he added, holds overall responsibility for the VI’s security.

“The [VI] Constitution gives the foreign secretary the power to instruct a governor in this way. The foreign secretary does not use this power lightly, but believes this bill requires further consideration at the most senior levels in London in order to reassure the people of [VI] and international partners,” he said. “I expect that once BVI’s licensing authority is fully operational in regulating the medicinal marijuana industry, some of these concerns relating to recreational drugs may be mitigated.”

The governor said he will keep providing updates on both bills.

During a Monday House of Assembly sitting, the premier reiterated complaints about the governor’s delays in assenting to the bills, claiming that potential investors have lost interest and “gone other places.”

He added that he prays the governor’s actions weren’t motivated by a desire to “stall [the VI] even further, but something that is done to push forward very quickly.”

The premier also said he “found it strange” that his government was asked to contact the foreign secretary to move forward.

He added that the proposed legislation is already in line with international regulations, including those put in place by the UN.

“We are not in violation and we kept saying that all the time,” he said. “We could not understand why it was not assented to. We cannot afford for these delays to continue.”

The premier went on to say that the VI needs to secure more revenue streams, and that he doesn’t want the territory to be “a burden” on UK taxpayers.

If the legislation had passed months ago, he claimed, at least 100 young people would already be employed in the industry.