Local News > Governor gets COI report, but public doesn’t yet

Governor gets COI report, but public doesn’t yet

Following the broadcast of dozens of testimonies and the collection of thousands of pages of evidence, the United Kingdom-led Commission of Inquiry into possible corruption in the Virgin Islands concluded …

END_OF_DOCUMENT_TOKEN_TO_BE_REPLACED 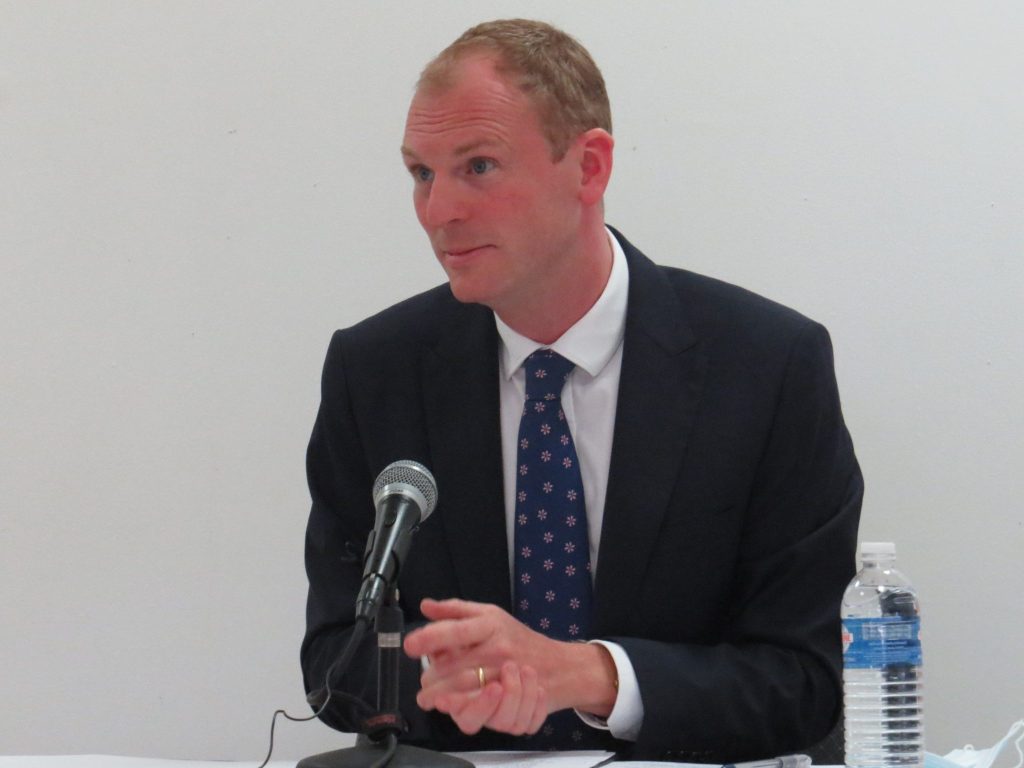 Then-Governor Gus Jaspert announces the launch of a Commission of Inquiry into possible corruption and other misconduct by public officials in January 2021. The probe officially came to a close this week. (File photo: DANA KAMPA)

Following the broadcast of dozens of testimonies and the collection of thousands of pages of evidence, the United Kingdom-led Commission of Inquiry into possible corruption in the Virgin Islands concluded this week nearly 15 months after it started.

Governor John Rankin confirmed on April 5 that he had received the COI’s final report the day prior, and he said the 1,000-plus-page document includes more than 40 recommendations.

“It is my hope that I will be able to publish the report in full, though I must first assess whether it is in the public interest to do so,” he wrote in a statement.

But he added that a decision about the document’s publication likely won’t come until after Easter.

“I appreciate that there is a lot of interest in the report, but I hope you will understand that I will need some time to read and consider the findings and all of the commissioner’s recommendations,” he wrote.

The COI team announced on April 5 that Commissioner Sir Gary Hickinbottom had completed the inquiry that former Governor Gus Jaspert announced in January 2021.

Sir Gary sought to make sharing it as easy as possible by presenting the report and supplementary evidence “in a form which he considers can be published at large,” the statement added.

The team also thanked residents for their assistance during the investigation.

Mr. Rankin said April 5 he had thus far shared a copy of the report “in confidence” with Amanda Milling, the minister responsible for the overseas territories.

“There will also be a need to discuss the report’s findings and recommendations with BVI political leaders,” he said.

After reviewing the report, he added, he plans to announce details about access to the document for elected and nonelected officials, including Premier Andrew Fahie; then for “any others with good reason to see the report before possible publication;” and finally for the wider public.

“In the interim period I know there will be speculation, and some people may try to discredit or second-guess the COI report and recommendations, claiming incorrectly to know what they are,” the governor said. “But I hope the people of the BVI will recognise the need for me to carefully consider the report in line with my duties as governor before further decisions on next steps are made.”

Mr. Fahie confirmed on April 5 that he had not yet received the report but was reassured by the governor about having a chance to review and discuss its content.

He also supported Mr. Rankin’s plans for a period of review before releasing the document to the public, and added that his administration will submit a comprehensive written response.

“I also emphasised to Governor Rankin that my administration remains committed to good governance and stands ready to discuss the findings and recommendations of the report after review, so that together we can consider any further steps needed to further strengthen the systems of government in the Virgin Islands in the best interest of the people of the territory,” he said.

He added that he looks forward to travelling to the UK to discuss the report with Ms. Milling.