The House of Assembly passed 14 pieces of legislation last month, including bills to legalise gambling and medical marijuana in the territory. The majority still await assent from Governor Gus …

END_OF_DOCUMENT_TOKEN_TO_BE_REPLACED 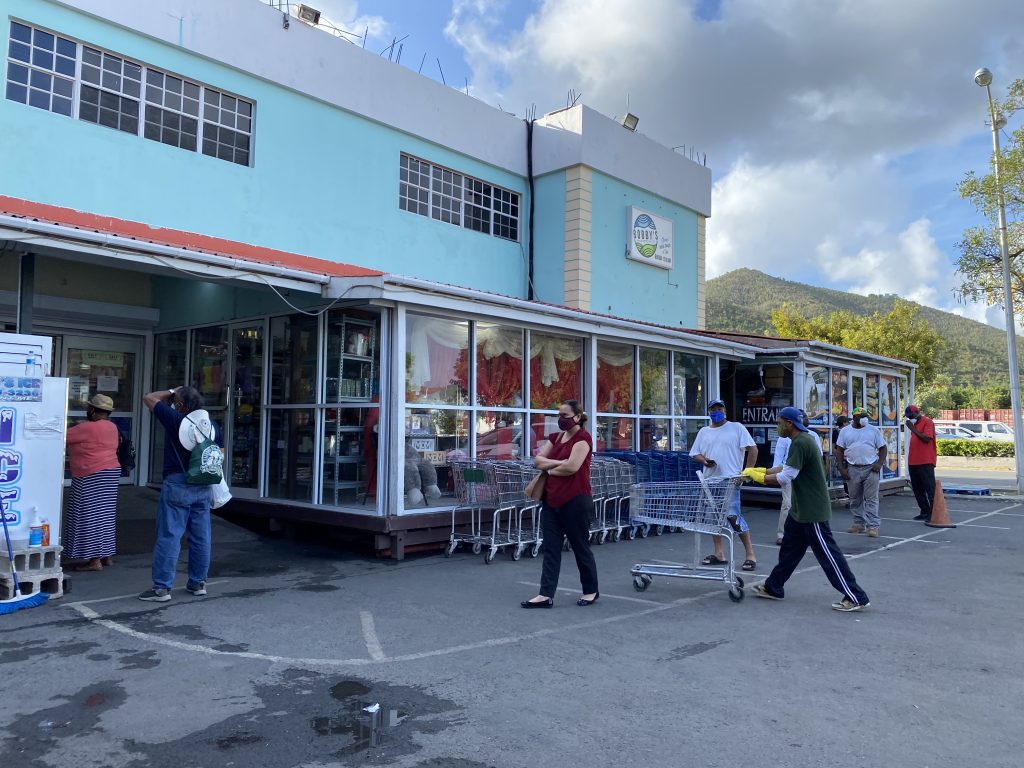 Shoppers line up at Bobby’s Marketplace in May. On Monday Governor Gus Jaspert assented to a lengthy law that leaders say will protect consumers and businesses alike. (File photo: DANA KAMPA)

The House of Assembly passed 14 pieces of legislation last month, including bills to legalise gambling and medical marijuana in the territory. The majority still await assent from Governor Gus Jaspert, but on Monday two were released to the public after becoming law upon receiving his stamp of approval.

The Consumer Protection Act, 2020 aims in part “to ensure protection of life, health and safety of consumers,” according to the text of the law published Monday in the government’s official Gazette.

However, the companion Virgin Islands Trade Commission Act, 2020 — which would establish the regulatory body charged with enforcing fair-trade practices — did not receive assent at the same time as the primary act.

One of the main motivators behind government’s decision to revisit consumer protection legislation last year was price gouging after Hurricane Irma. But the act focuses on much wider reforms as well.

Besides protecting consumers from price manipulation, the act demands greater accountability from businesses on record-keeping, requires shops to display the prices of goods and services, bans deceptive representations, and levies criminal penalties for certain violations, among many other provisions.

Members passed the bill, which repeals the Distribution and Prices of Goods Act, on June 8 and it came into force on Monday upon receiving Mr. Jaspert’s assent.

The two-page Labour Code Amendment Act, 2020 was also Gazetted with the governor’s assent on Monday, retroactively coming into force on June 5.

As part of efforts to provide flexibility during the Covid-19 pandemic, the amendment extends the time period that businesses can “temporarily” lay off employees.

The amendment Gazetted this week extends that time period for now: Anyone temporarily laid off between March 14 and Oct. 31 can remain unemployed for a longer time period provided that they are reemployed or paid severance immediately after Oct. 31, unless Cabinet extends the period by publishing an order in the Gazette.

HOA members said they decided to pass the amendment out of concern for the economic uncertainty the Covid-19 pandemic has generated. Opposition member Mark Vanterpool said during the debate on the bill that forcing employers to pay severance while they are already struggling to pay other bills would compound the VI’s economic issues, especially in sectors such as hospitality.

Opposition member Julian Fraser expressed concern for employees who could be out of work for an extended time period with no alternative income.

Legislators debated the importance of allowing employees to seek alternate work while temporarily laid off, but the final amendment did not include a provision facilitating this process.

The House voted in favour of the bill on June 11.