Premier says government is on track to hit COI targets

END_OF_DOCUMENT_TOKEN_TO_BE_REPLACED 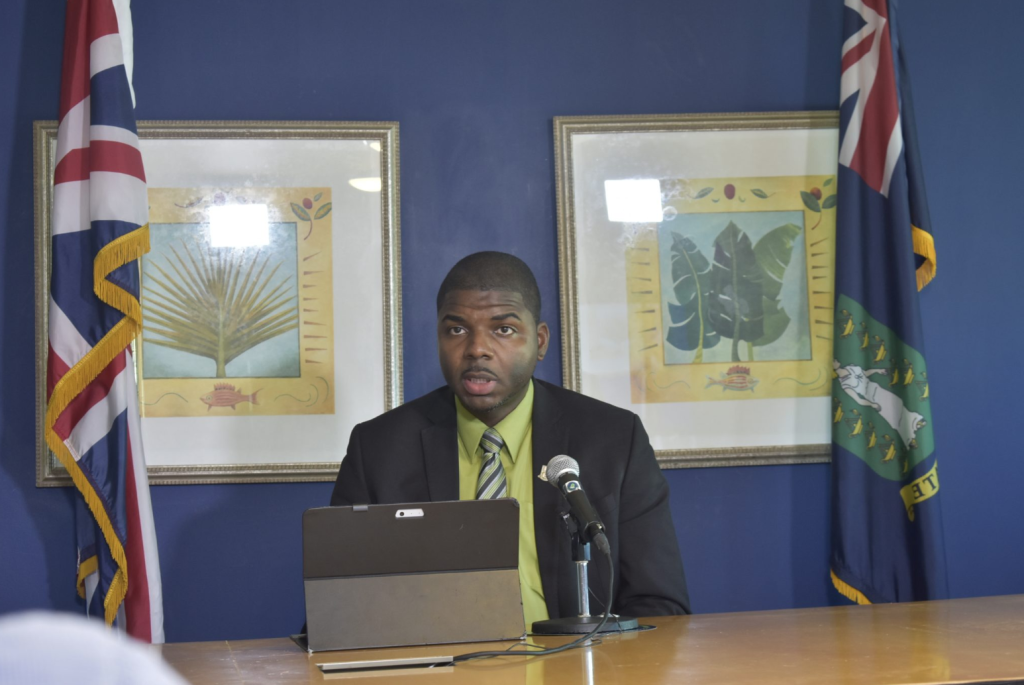 The National Unity Government is on track to meet most of the deadlines stipulated by its agreement with the United Kingdom for implementing the Commission of Inquiry recommendations and avoiding direct UK rule, Premier Dr. Natalio “Sowande” Wheatley said during a Friday press conference.

“There are one or two that are causing us a bit of grief, and that we are trying our best to meet by the June 30 deadline,” Dr. Wheatley said, adding that he planned a speech this week with Governor John Rankin on “what has been achieved thus far.”

Though he did not go into detail about all the nearing deadlines, Dr. Wheatley said the House of Assembly would make the legislators’ register of interests public at the HOA meeting scheduled for today, which is the deadline to do so.

Under the NUG and UK agreement, some of the COI recommendations are supposed to have already been implemented, such as the directive that Cabinet commit by June 1 to following the existing legislation on the residency threshold, which requires expatriates to live here 10 years before obtaining residency, pending completion of a wider review into the processes for granting residency and belongership status.

Asked at the press conference if this means that residents who have lived in the territory for more than 10 years can now apply for residency and belongership pending the review, Premier Dr. Natalio “Sowande” Wheatley confirmed that government must enforce the existing law.

However, the policies in place do not currently match the laws in place, he said, adding that he hopes the upcoming review to amend the processes considers a variety of perspectives.

“We have to have … a national conversation of what we want the Virgin Islands to look like moving forward into the future,” he said.

Noting that people from far and wide have made valuable contributions to the territory, Dr. Wheatley added that “the goal for us is to be able to balance those concerns and those realities by the various stakeholder groups and come up with something that best serves the Virgin Islands as a whole.”

Under the NUG proposal, Cabinet is to propose “a suitable reviewer” by Sept. 1, and a report on residency and belongership is due by Nov. 30.

The agreement also sets a Jan. 31, 2023 deadline for Cabinet to approve and enact the review’s recommendations.

Today is also the deadline for other directives under the NUG proposal, including for the governor to order an investigation into whether the Premier’s Office obstructed the auditor general in carrying out an audit of the Covid-19 Assistance Programmes; for Cabinet to approve joint responsibility between relevant government agencies for securing all ports; and for the governor to appoint an independent investigator to examine whether any statutory board appointments since 2019 should be revoked.

A representative from the Governor’s Office said yesterday, “We will have an update for the end of the week.”

Dr. Wheatley did not immediately respond to a request for comment.

During a July 15 Cabinet meeting, Cabinet met the agreed deadline for approving the terms of reference for the Commission of Inquiry Report Recommendations Implementation Unit by that day, and noted that the unit will be responsible for developing a budget for the implementation of the recommendations, according to a post-meeting statement.

Asked about how his government plans to keep residents who can’t make the ongoing public meetings informed about the NUG’s efforts to implement the COI recommendations, Dr. Wheatley said he plans to stream at least one online, though he did not provide further details.

“We want … to provide as much access as possible, so we will have a meeting which is streamed, and that’s going to be announced very soon,” Dr. Wheatley said.