More than five years after Hurricane Irma, another resident has received a brand-new home to replace the one she and her family lost in the 2017 storms, government announced. Thanks …

END_OF_DOCUMENT_TOKEN_TO_BE_REPLACED 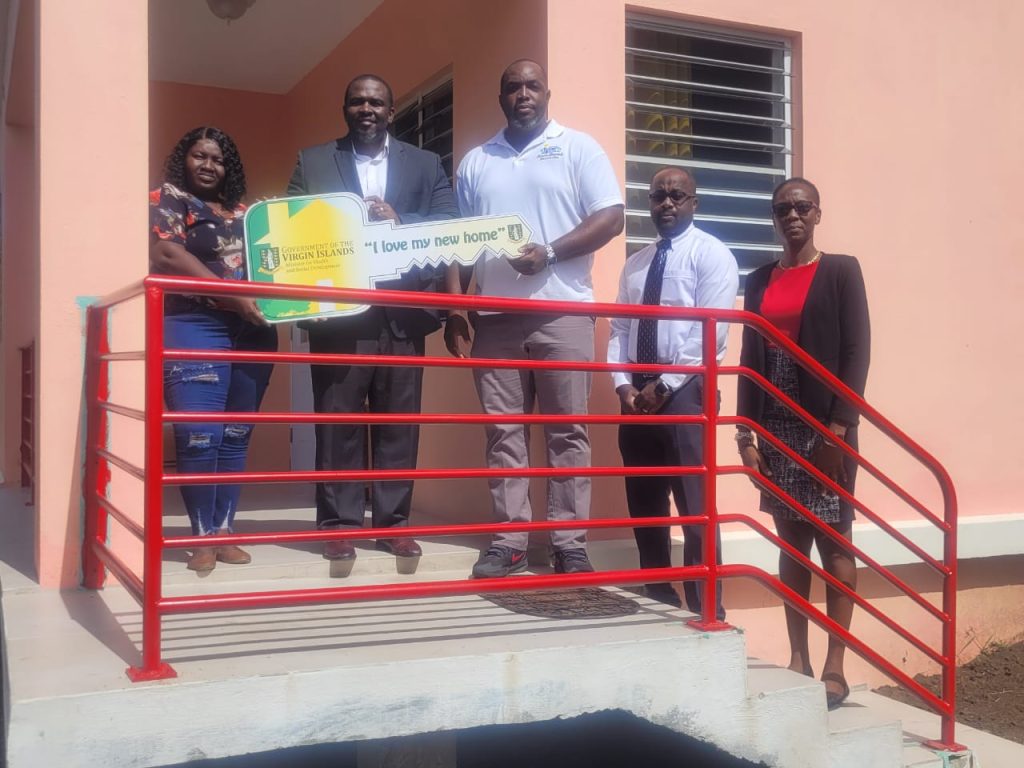 More than five years after Hurricane Irma, another resident has received a brand-new home to replace the one she and her family lost in the 2017 storms, government announced.

Thanks to the Housing Recovery Assistance Programme, Bernerdean Brazier received the keys to her new home in Greenland during a short handover ceremony last Thursday.

Since the programme launched in early 2018, 18 social homes have been built and more than 200 have been repaired, according to a press release from the Ministry of Health and Social Development.

Two more new homes are scheduled to be completed by next month for homeowners on Anegada and Jost Van Dyke, according to the ministry.

In his remarks at the handover ceremony last Thursday, Health and Social Development Minister Marlon Penn said the initiative is important to those who may not have the means to rebuild their homes from the ground up.

“This is something that I was a part of in 2018 when I was minister and I am happy to see the support for deserving families materialise,” he said. “We are excited for this opportunity to hand over this home and many more to come in the coming weeks and months. It is a good initiative, and it is one that we will continue to fund in the next budget cycle to bring more relief and support to persons in need.

Ms. Brazier said she was “very happy” with the home, according to the ministry.

“I really appreciate the government doing this for me,” she said. “We have our own home, and I thank God and everyone who did it for us.”

The programme also offers financial assistance via loans and grants to repair hurricane-damaged structures. When government launched it, leaders said they planned to spend more than $40 million to repair affected homes.

The ministry did not provide an update last week on the total spend to date.