Since hurricanes Irma and Maria in 2017, the sewage treatment plant at Burt Point has been inoperable, leaving Tortola flushing much of its sewage into the ocean as the two …

END_OF_DOCUMENT_TOKEN_TO_BE_REPLACED 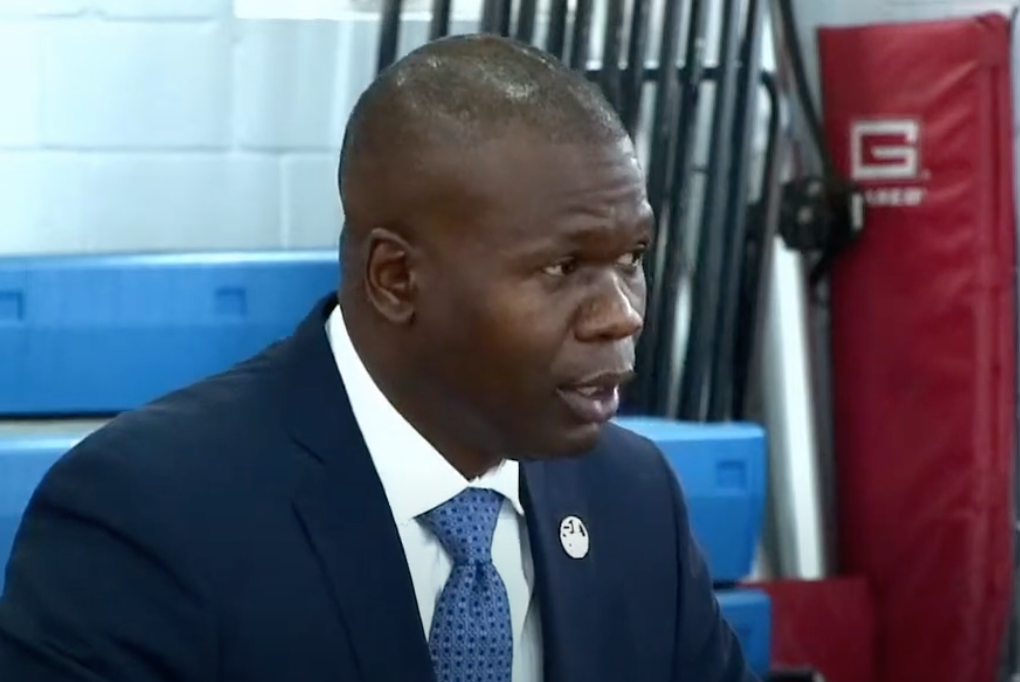 During a House of Assembly meeting last Thursday, Deputy Premier Kye Rymer said government has drafted a contract worth more than $1.4 million to make initial repairs to the Burt Point sewage treatment plant, which has been offline since the hurricanes of 2017. (Screenshot: HOA)

Since hurricanes Irma and Maria in 2017, the sewage treatment plant at Burt Point has been inoperable, leaving Tortola flushing much of its sewage into the ocean as the two main facilities meant to process the waste stand unused.

But Deputy Premier Kye Rymer said last Thursday in the House of Assembly that government has drafted a contract worth more than $1.4 million for the United Kingdom company Biwater, which built both plants, to repair the Burt Point facility and bring it back online.

Asked by Opposition Leader Julian Fraser for a projected completion date, Mr. Rymer said that once the initial paperwork is finished he expects the plant to be recommissioned in six months.

However, he did not indicate when that paperwork would be finalised.

As it continues to be a priority, we were able to secure the funds … to get the plant backup and running,” said Mr. Rymer, who is the minister of communications and works.

The $1,419,056 contract — which he described as “phase one” of the plant’s rehabilitation — will include the repairs, spare parts, and provision of operational support, he explained.

Responding to another question from Mr. Fraser, Mr. Rymer said the plant “would be operational” until the completion of “phase two,” which he said will focus on its management and operation.

The minister did not provide a cost, timeline or other details about phase two.

The contract stems from Cabinet’s August 2020 decision that Biwater, the original contractor for the plant, should be hired to recommission the Burt Point facility, Mr. Rymer said.

He added that the “decision was taken to ensure compatibility with the original equipment and overall plan specification” as well the engagement of design professionals already familiar with the plant.

Mr. Fraser then asked why it has taken so long to revive the facility, noting that the repair money was approved about three years after the treatment plant went offline.

“It gives the impression … that there was no rush to get this plant up and running,” Mr. Fraser said.

In response, Mr. Rymer blamed the delay on the Covid-19 pandemic.

The previous administration, he said, “worked tirelessly to make sure that we got the quotation and we were able to take it then to Cabinet.”

But with the onset of the pandemic, “most of the resources were then utilised for the Covid-19 operation.”

Mr. Rymer added that he was glad to have negotiated the new contract with Biwater and was looking forward to signing it.

Virgin Islands leaders have promised major upgrades to Tortola’s sewerage system since at least the early 1970s, but five decades later much of the island’s sewage is still pumped directly into the ocean.

In 2010, Mr. Fraser, who was then the communications and works minister, signed a no-bid contract with Biwater that included building the Burt Point plant to serve the Road Town area and a Paraquita Bay plant to serve the East End area.

After delays, the Burt Point plant started processing sewage in 2015, but it was only “partially operational” when the 2017 hurricanes knocked it out completely, Mr. Rymer said last Thursday.

Although the Paraquita Bay plant was completed around the same time as the Burt Point plant, it has never been used because government has not laid pipes to connect it to East End, with leaders often blaming a lack of available funding.