Four years after Hurricane Irma gutted the Road Town fire station, renovation of the ground floor is finished, complementing second-storey repairs carried out in 2019 and bringing the project one …

END_OF_DOCUMENT_TOKEN_TO_BE_REPLACED 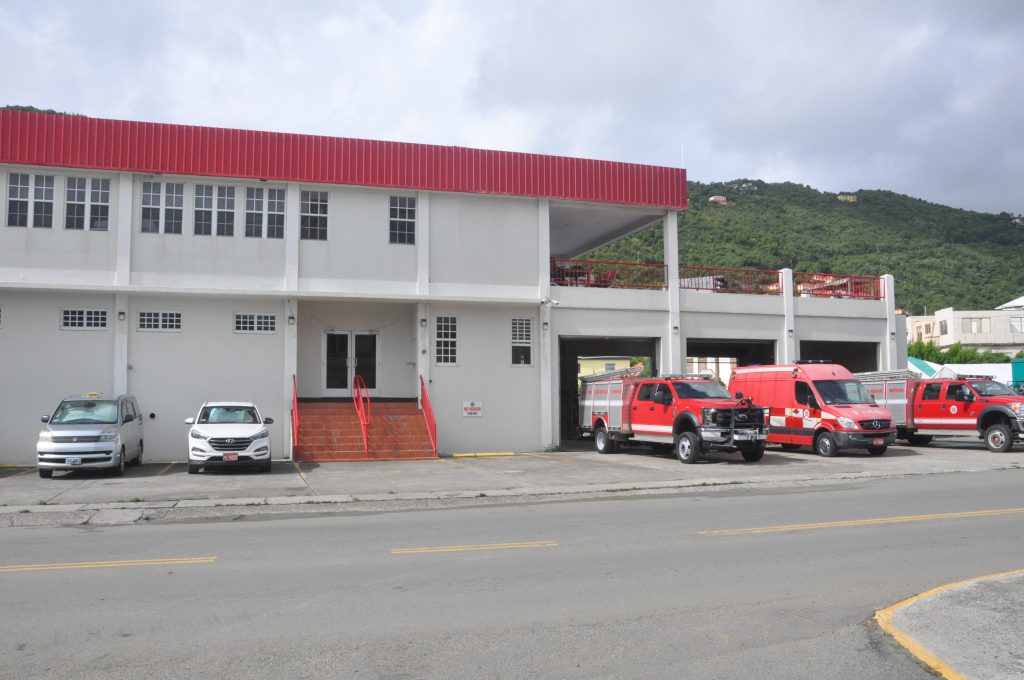 The ground floor of the Virgin Islands Fire and Rescue Service Headquarters was recently renovated through a $332,000 contract awarded to Metro Construction Limited in March. Next up are repairs to the outside compound. (Photo: FREEMAN ROGERS)

Four years after Hurricane Irma gutted the Road Town fire station, renovation of the ground floor is finished, complementing second-storey repairs carried out in 2019 and bringing the project one step closer to completion.

“Earlier this year, on [March 2], we stood in the fire tender bay area of the Virgin Islands Fire and Rescue Service Headquarters to sign a major contract with Metro Construction Limited,” Transportation, Works and Utilities Minister Kye Rymer said during an Oct. 14 handover ceremony for the $332,206.73 ground-floor renovation. “Today, seven months later, we are gathered here to receive a rehabilitated and resilient building for our fire officers. These are our territory’s emergency first responders, so this project took high priority on our to-do list.”

In the 2017 hurricanes, the fire station was heavily damaged, and lost its communication equipment, office supplies, uniforms, three vehicles, and beds.

In December 2018, the previous government signed an $800,000 contract with Quality Construction Limited to complete the first phase of the rebuild, which focused on the upper storey.

At the time, some officers had been suffering illnesses from chronic leakage and mould in the building, Chief Fire Officer Zebalon McLean said at the time.

The first phase of the project, which was completed by January 2020, included repairs to the roof and the upstairs offices. But at that time, Mr. McLean said he could not sit comfortably in a refurbished upper floor while his team suffered poor conditions below.

“I toured the facilities on several occasions and saw the conditions that worsened over time,” he said. “I have also heard the many cries and complaints of the fire officers. They spoke about the poor conditions of the deteriorating facility and the many challenges they had daily.”

“The project’s next phase will be to enhance security fencing, gates and other external works to provide a comprehensive upgrade to the entire compound,” Mr. Rymer added. “Additionally, the design of the new tender bay area will commence in the next few months.”

The handover was held during Fire Safety Awareness Week.