A bundle of more than 100 supporting documents submitted to the governor with the Commission of Inquiry report — including contracts, letters, emails, minutes, memoranda and numerous other types of …

END_OF_DOCUMENT_TOKEN_TO_BE_REPLACED 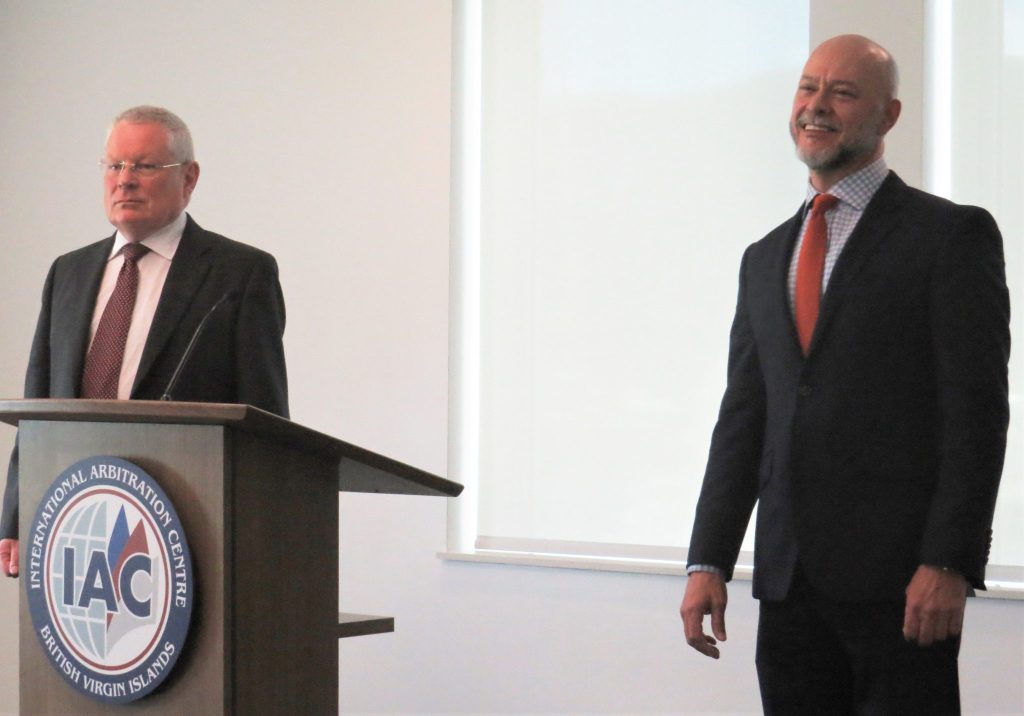 More than 100 documents submitted as evidence during the Commission of Inquiry and indexed in the COI’s report have yet to be made public, despite Commissioner Sir Gary Hickinbottom’s recommendation that they be released. (File photo: DANA KAMPA)

A bundle of more than 100 supporting documents submitted to the governor with the Commission of Inquiry report — including contracts, letters, emails, minutes, memoranda and numerous other types of material — are still not public two months after the release of the report.

In Appendix Six to his 937-page report submitted to Governor John Rankin on April 8 and made public on April 29, Commissioner Sir Gary Hickinbottom included an index of documents which he said “accompany this report in a separate bundle.”

“Most of the documents, or parts of documents, to which I refer in the report are here,” Sir Gary continued. “Some simply provide background, but most are documents upon which I have relied to inform my findings, conclusions and recommendations, and are therefore important in aiding the reader’s understanding of the issues considered in the report.”

Sir Gary also urged the governor to publish the supporting documents along with the report.

Mr. Rankin, however, did not release the supporting documents when he published the report on April 29.

In response to questions from the Beacon, Governor’s Office spokesman Arron Rahaman cited several reasons for the decision to delay publication.

“We are hoping to publish the COI supporting documentary evidence once we have clarified some details relating to the content of some of the documents,” he wrote. “We are also looking for a suitable way to store the documents in an easily accessible way, which is not easy due to the size of the supporting documentary evidence, which is nearly 10,000 pages across several PDF files.”

As detailed in the report’s index, the topics of these documents are varied, and some — such as legislation, Cabinet decisions, and auditor general reports on projects such as BVI Airways and the cruise pier — were public prior to the inquiry. Additionally, others were published on the COI website during the course of the probe, including position statements from elected representatives and other officials.

However, more than 100 other documents are still not public [see sidebar].

In Sir Gary’s introduction to the COI report, which he addressed to the governor, he stressed his commitment to transparency.

“As you are aware, throughout, I have made the inquiry as open and transparent as possible,” he wrote, adding that he held public livestreamed hearings and made transcripts and documents available to the public “whenever [he has] been able to do so.” 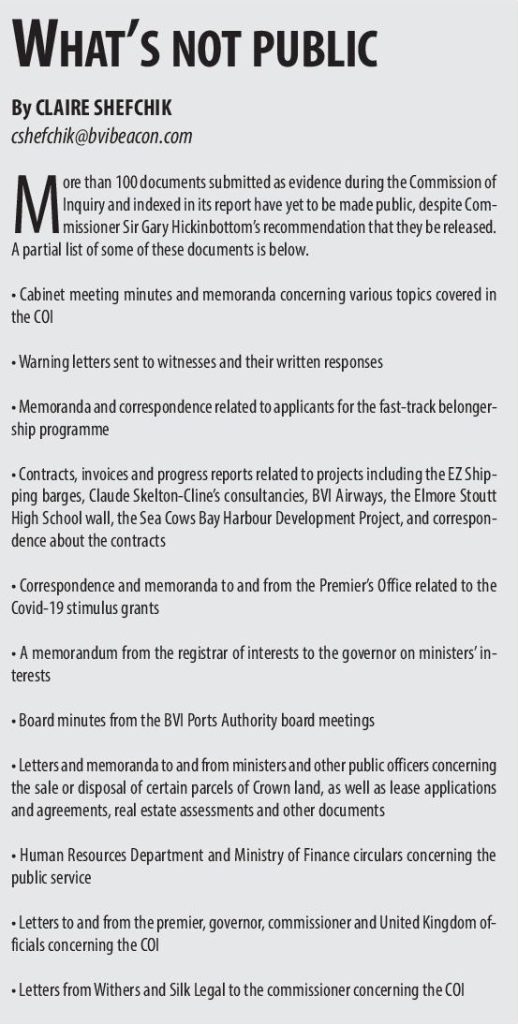