In its early days, the Virgin Islands financial services industry was “the Wild West,” according to Michael Riegels, a founder of Harneys and one of the five practitioners who laid …

END_OF_DOCUMENT_TOKEN_TO_BE_REPLACED 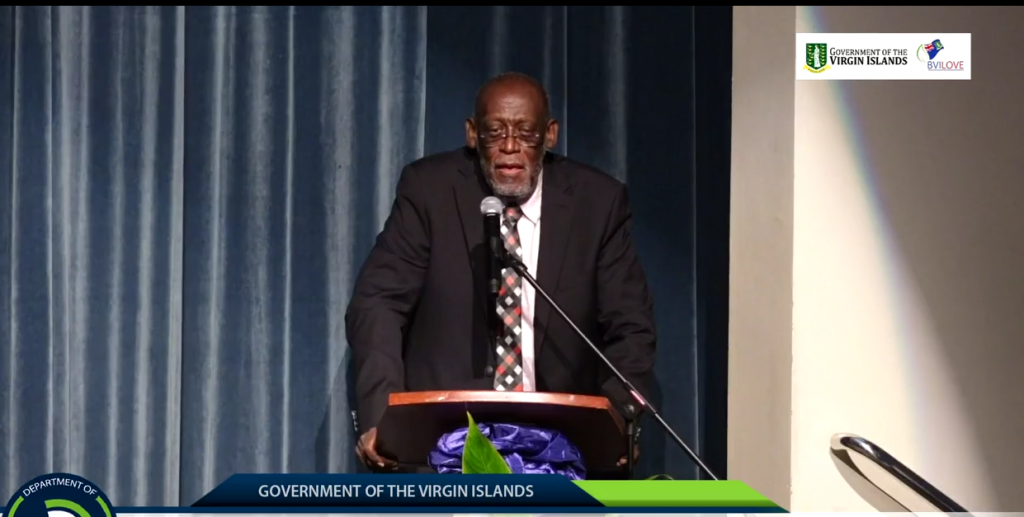 In its early days, the Virgin Islands financial services industry was “the Wild West,” according to Michael Riegels, a founder of Harneys and one of the five practitioners who laid the groundwork for the industry by crafting the 1984 International Business Companies Act.

The industry, which quickly proved lucrative, also faced opposition almost from the very beginning, he said.

“At the time, the BVI was in a war of principles, ideas and ideologies. The powers that be were relentless in their attacks,” the Queen’s counsel said at a press conference last Thursday. “The BVI needed an advocate. It needed someone who could state our case clearly and firmly. It needed Robert Mathavious.”

Last week’s two-day Global Currents Conference, held under the theme “The House that Mathavious Built,” was conceived as a salute to his legacy.

Serving in the 1980s as deputy financial secretary, Mr. Mathavious crafted many of the territory’s regulatory practices, helping turn the VI regime from the “Wild West” into the “well-regulated jurisdiction” it is today, Mr. Riegels said.

It wasn’t easy, according to practitioners who recalled those times. “He should have been in the armed forces: the Army perhaps, or better still the Navy,” Mr. Riegels said. “He runs a tight ship.”

For the next several decades, he added, those standards guided the industry as Mr. Mathavious served in several major regulatory positions, eventually becoming the first managing director and CEO of the Financial Services Commission when it was created in 2001. He held the position for nearly two decades before retiring last year.

The conference last week featured more than a dozen international speakers, but the tributes to Mr. Mathavious began a week earlier with the premiere of a documentary about his life.

The ceremony featured a variety of music and dance performances, including a calypso homage from Mr. Mathavious’ brother, Algernon “Macko” Mathavious.

In remarks last Thursday, Mr. Mathavious said he was “somewhat uncomfortable” with the idea of the conference when it was first proposed, noting that he generally avoids publicity.

“As a title, ‘The House that Mathavious Built’ seemed over the top and overly flattering and I wanted nothing to do with it,” he said, crediting the “stubbornness” of former BVI Finance CEO Lorna Smith and former Attorney General Cherno Jallow  with pressuring him to go along with it.

He said others in the industry deserve as much, if not more, credit than him.

“These people have toiled to develop and advance the industry upon which the future of our  country so depends,” he said.

“They have sometimes gone unseen, unnoticed and underappreciated and have often been inadequately compensated for  their efforts.”

He added that he had worn the “mantle of collaboration” with like-minded people and like-minded jurisdictions ever since 1984.

Collaborations, he added, “have helped demonstrate our commitment to getting our rules and tools right, fit for purpose and internationally compliant.”

Mr. Mathavious’s tenure at the FSC often faced the spectre of ever-changing international regulations, and he said his “constant aim” was to “ensure that the BVI’s name never appeared in any pejorative list of countries not meeting international standards.”

“Sometimes it was in our interest to be an early adopter or even a first mover to demonstrate the level of our commitment to play by international rules,” he said.

Working with other jurisdictions helped emphasise “a zero tolerance for illicit and nefarious activities, as well as sending a clear signal that the BVI is resolute that its industry, institutions and structures will not provide a safe harbour to the ethically challenged, the tax cheat, the money launderer or the con man,” he said.

Mr. Mathavious said he always knew there would be no industry without education, and his aim to train the next generation of VI financial services practitioners resulted in another of his legacies: the Financial Services Institute at H. Lavity Stoutt Community College.

The institute emerged because he was “constantly on the lookout for local talent,” he said. “I sought to recruit, train, expose, develop, promote and empower talented young locals to assume full responsibility for all regulatory, supervisory, registry, administrative and technical functions
within the FSC.”

This week, the college announced that the institute would be renamed after him, and that funds raised from the Global Currents Conference will go to scholarships for residents hoping to study there.

“Robert has been a mentor to many in this sector,” Ms. Smith said in her remarks. “Our committee wanted to ensure that this work is not just a conference and we go home, but an opportunity to help prepare the next generation of professionals fashioned in Robert’s tenacity that will continue to find new ways for the BVI to maintain its leading position in global finance.”

Premier Andrew Fahie also weighed in with a video statement aired at the Thursday press conference, in which he  called Mr. Mathavious the
“embodiment of wisdom and selflessness.”

Looking ahead, Mr. Mathavious predicted that the territory will continue to struggle with “geo-political initiatives from the  G7 nations and the supranational bodies that they control.” However, he said he is “confident that we can once again rise above the challenges.”