In fight for a healthy heart, community raises money for athlete’s surgery

Shortly before the Covid-19 pandemic prompted a sweeping lockdown in the Virgin Islands, Kenrick Thomas broke his ribs playing rugby. A fervent athlete since childhood, the 23-year-old member of the …

END_OF_DOCUMENT_TOKEN_TO_BE_REPLACED 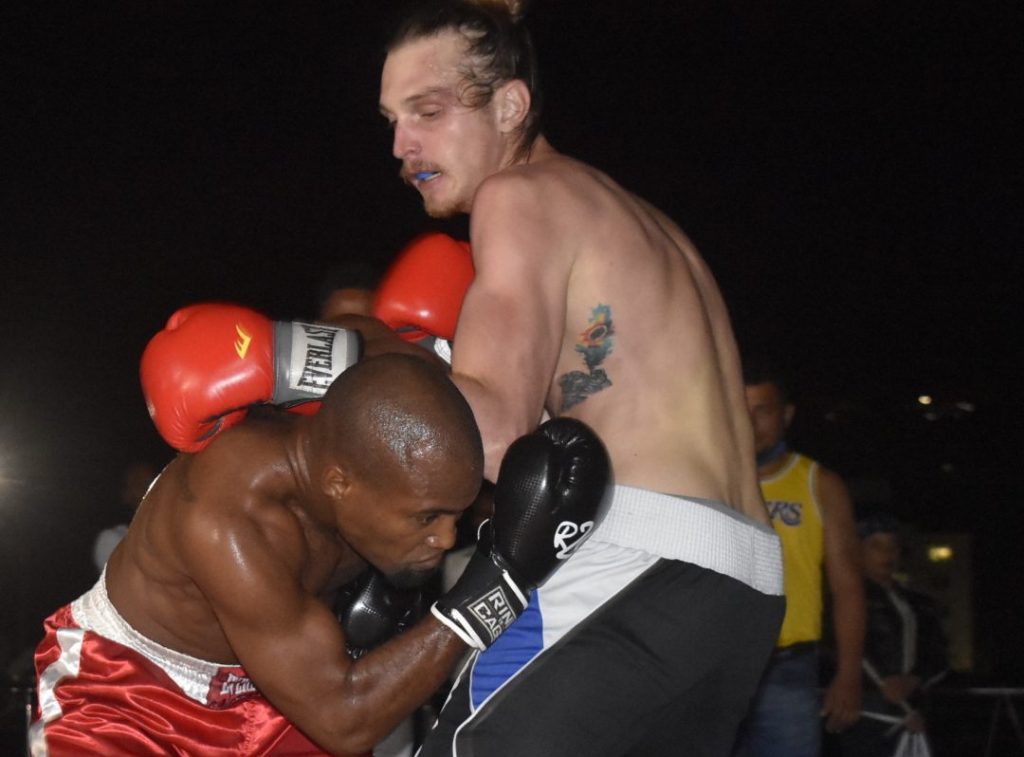 Shortly before the Covid-19 pandemic prompted a sweeping lockdown in the Virgin Islands, Kenrick Thomas broke his ribs playing rugby.

A fervent athlete since childhood, the 23-year-old member of the national rugby team had always felt a strange sensation in his heart that he attributed to training so hard, he said.

But when he stopped playing sports to recover from his rib injury, the feeling didn’t go away, and he decided to get it checked out.

The diagnosis was worse than anything he expected: He was told that he had “a hole in his heart” — a condition known as a septal defect — which would require him to undergo an expensive and complicated surgery, he said.

National Health Insurance would cover only 80 percent of the operation, leaving Mr. Thomas with $12,000 to pay out of pocket, he explained.

But over the past few weeks, athletic organisations and residents on Tortola have organised multiple fundraisers to help foot the bill.

“It means the world,” Mr. Thomas said of the support he’s received from friends and teammates. “It’s deeper than family.”

If all goes well after the surgery, which is scheduled for January in a Puerto Rico hospital, Mr. Thomas expects to fully recover after a six-month period, and thinks he’ll be a stronger competitor in CrossFit and rugby.

“My condition was literally holding me back in the past,” he said, adding, “I’m happy to get back on my feet; I’m definitely expecting to make an impact once I come back.”

Though it is not yet clear how much has been raised in total, Caz Sorrentino, who works at Crossfit Castaway and helped organise one of the fundraisers, confirmed yesterday that they reached their target of $20,000 — enough for a contingency plan should complications arise with Mr. Thomas’ surgery in Puerto Rico.

Though Mr. Thomas has focussed on CrossFit and Rugby the last few years, he has tried his hand at many other sports, including boxing.

Upon hearing of Mr. Thomas’ condition, his former trainer, Julian “Iron Fist” Brown, knew he had to help, he said.

So Mr. Brown decided to organise a charity boxing match, calling some of his students who agreed to fight and helped him secure a mat, enlisting Summit Printing to make a poster that he circulated on Facebook, and drawing a crowd of about 60 to the Cyril B. Romney Tortola Pier Park on Sunday night to watch, while volunteers collected donations throughout the event.

Sunday’s exhibition event had two bouts, the first featuring Mr. Brown’s students, who fought their first round with tape covering their eyes.

When they wandered to opposite ends of the mat, Mr. Brown would lightly jab their stomach to direct them towards one another, where they would swing wildly in the hopes of making contact, eliciting chuckles from the crowd.

For the second bout of the night, Mr. Brown, a competitive boxer, took to the mat against Francois Botha, 21, a carpenter who boxed when he was younger and took a few lessons with Mr. Brown earlier in the year.

This event came just hours after a rugby match at Brandywine Bay that also raised funds for Mr. Thomas’ operation.

Organised by CrossFit Castaway and the BVI Rugby Football Union, the afternoon game attracted about 250 onlookers, who listened to tunes from Deejay Fuego and ate food catered by Brandywine Estate while the rugby players duked it out.

Prior to his diagnosis, Mr. Thomas would train at Castaway in the morning and then practise rugby at night, he said.

Ms. Sorrentino, who helped organise the tournament, said she reached out to the rugby club to show Mr. Thomas that both communities have his back.

“When we heard what was going on, we thought it would be a really good way to show him how many people support him,” she said.

In addition to the money people donated during the event, all of the proceeds from the bar and from merchandise sales will go towards funding Mr. Thomas’ surgery, she said.

An earlier rugby match held Nov. 13 at the A.O. Shirley Recreation Grounds charged a $10 entrance fee, all of which went to Mr. Thomas’ operation.

Mr. Thomas hasn’t had a hand in organising any of these fundraisers, and he said he has been extremely grateful for how hard his teammates and other community members have rallied around him.

“Seeing those people at the rugby tournament and the boxing tournament … is something amazing to see,” Mr. Thomas said, adding, “It makes me want to help people in that situation. If by any chance I could help people in the world that’s going through this, … I would not think about it twice: I would just go ahead and do it and help as much people as possible.”