Local News > Hempfest to return to Foxy’s next month

Hempfest to return to Foxy’s next month

This week, Tom Warner, the organiser of Foxy’s 2019 Hempfest on Jost Van Dyke, scooted around Tortola running errands in preparation for the July 13 event. “There’s a lot of …

END_OF_DOCUMENT_TOKEN_TO_BE_REPLACED 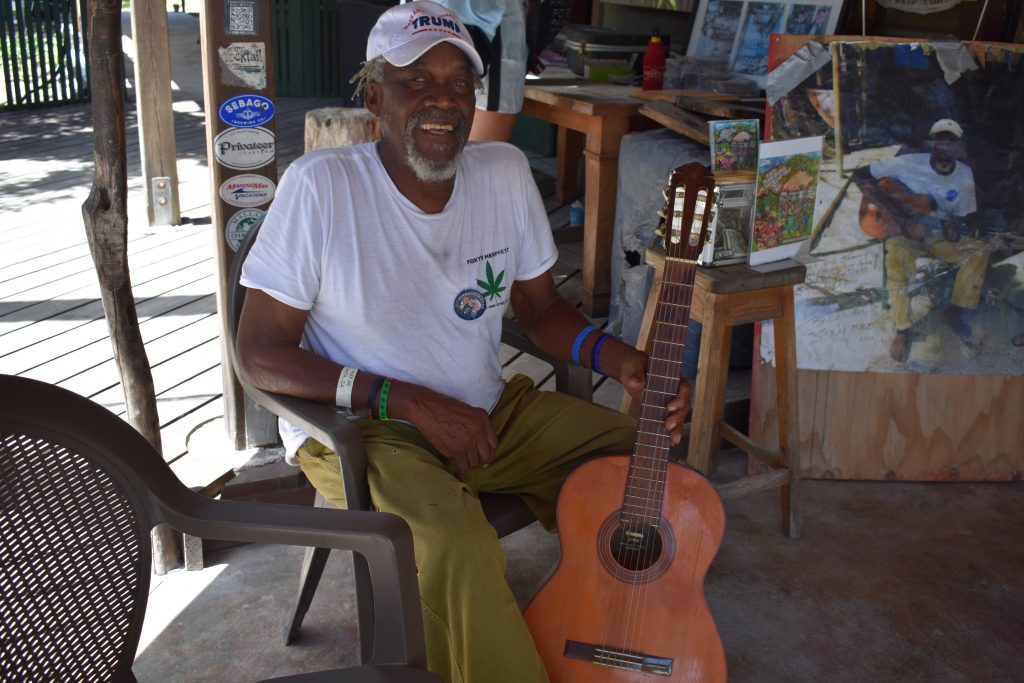 This week, Tom Warner, the organiser of Foxy’s 2019 Hempfest on Jost Van Dyke, scooted around Tortola running errands in preparation for the July 13 event.

“There’s a lot of preparation involved,” he said. “When you have a party in the BVI you need permission from the police, you have to organise sponsors, you have to have conversations about what that sponsorship would mean.”

Then there are the flights and accommodations necessary for guests and performers, who in this case include Grammy Award-winning roots-reggae artist Luciano Messenjah from Jamaica.

Now in its second year, the annual event will be hosted on Jost Van Dyke at Foxy’s Tamarind Bar and will feature vendors, music, food and a late-night party. Intended to increase support for legalising marijuana in the territory, Hempfest will feature experts in the cannabis industry and what Mr. Warner hopes will be lively debate.

“What we wanted to do is get people talking about it,” Mr. Warner said. “There are a lot of people curious about it, and there’s a growing movement in hemp as food and skin ointments. It’s a big deal.”

Though Mr. Warner himself doesn’t smoke or drink, he sees legalisation as “the right thing to do.”

“I feel it’s a moral imperative for letting people have an organic natural option for making themselves feel better at the end of the day and for treating major or minor medical issues,” he said. “The more information we can get out there, the better. If people want to have input, it will be accurate and informed.”

Legalisation, however, has faced fierce opposition from some segments of the community, including pastors who have argued that it would spur an increase in crime.

But with other jurisdictions like Canada legalising recreational marijuana, Mr. Warner said cracking down on the drug is a waste of taxpayers’ money that can unfairly affect some youths who may struggle to find a job after a pot-related conviction.

“Most people don’t realise how much work goes into a successful arrest and conviction for police,” he said. “That time could be focused on other aspects like controlling guns, investigating murders, preventing real crime.”

In 2018, both St. Thomas and the United Kingdom legalised medical marijuana. It is unclear if this territory will follow in their footsteps, but government officials have hinted at reforming cannabis laws.

Former Premier Dr. Orlando Smith said as far back as February 2017 that lawmakers were discussing legislative revisions. Back then, the issue was brought to the forefront by now-premier Andrew Fahie, who said on a talk radio show that a discussion is needed about marijuana and its medical benefits. Mr. Fahie could not be reached for further comment on the issue this week.

Dr. Natalio “Sowande” Wheatley, who is now the minister of education, culture, youth affairs, fisheries and agriculture, was a guest speaker at last year’s Hempfest, and he plans to speak again at this year’s event if he doesn’t have any conflicts in his schedule. He said that last year’s attendees included many hemp supporters and that he would like to see a broader audience.

The first step from the government towards legalisation, Mr. Wheatley said, is to have conversations.

“We’re going to have some public discussion and some educational and informative sessions so that we can have an informed debate. All over the world persons are having this discussion,” he said. “I think it’s mature.”