The annual Highland Spring HIHO windsurfing and stand-up paddleboard event got under way on Monday at Virgin Gorda’s North Sound. Andy Morrell has been organising the event for the past …

END_OF_DOCUMENT_TOKEN_TO_BE_REPLACED 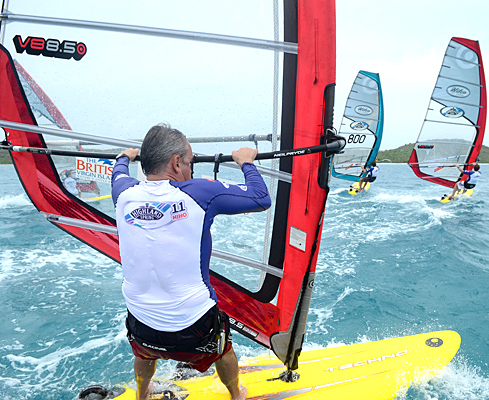 The annual Highland Spring HIHO windsurfing and stand-up paddleboard event got under way on Monday at Virgin Gorda’s North Sound.

Andy Morrell has been organising the event for the past 19 years. In the 1980s, he used to compete in the weeklong race, which takes windsurfers around the territory.

Last year Mr. Morrell added stand-up paddleboarding, which has proven to be a success. In fact, the 36 paddleboarders outnumber the 24 windsurfers competing in this year’s event.

“I really like having stand-up paddling,” Mr. Morrell said. “It really opens up the event. [However,] I am not giving up on windsurfing.”

The event has attracted top athletes from around the world, including South Africa, France, United Kingdom, Brazil, United States, Canada and the Caribbean.