Local historians contemplated what it takes to foster a resilient legacy during a panel discussion hosted by H. Lavity Stoutt Community College on July 4 in observance of the second …

END_OF_DOCUMENT_TOKEN_TO_BE_REPLACED 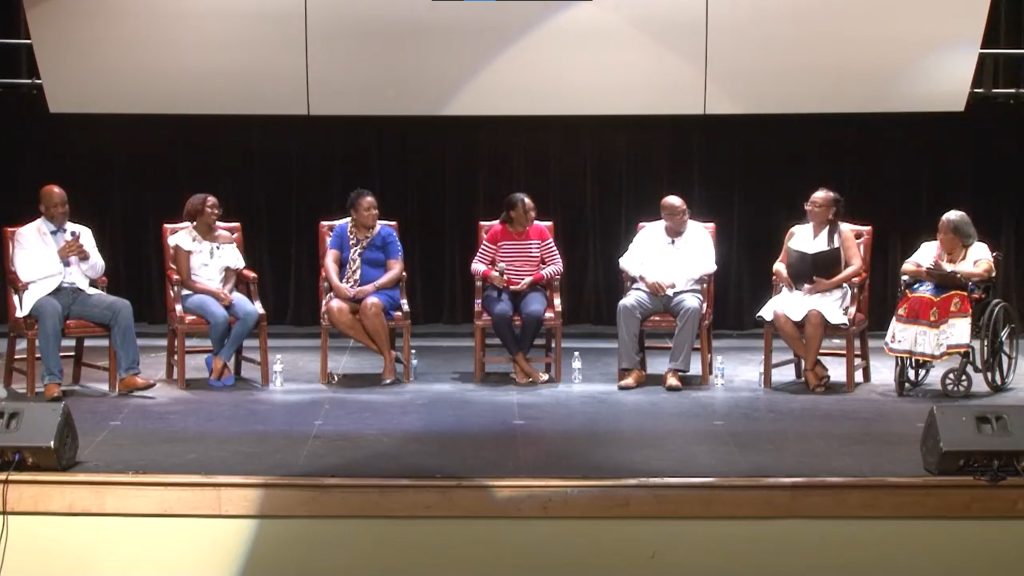 Virgin Islands Day took on increased significance this year in light of the challenges the territory has faced in recent months, Premier Dr. Natalio “Sowande” Wheatley said in a broadcast on July 4 in honour of the new holiday. (Screenshot: GIS)

Local historians contemplated what it takes to foster a resilient legacy during a panel discussion hosted by H. Lavity Stoutt Community College on July 4 in observance of the second annual VI Day.

Last year, the holiday was celebrated for the first time in leu of Territory Day as part of a broader effort to celebrate VI culture and history, a move that became official with the passage of the Public Holidays Amendment Act, 2021. The observance was first celebrated in 1978 as “Colony Day.”

Dr. Angel Smith, former chief education officer, described how the VI changed in the post-emancipation era, notably with the rise of the cattle tax riots and calls for a new form of government in the mid-1800s.

The panel also reflected on what it means to be a Virgin Islander today. Ms. Parsons said a Virgin Islander must be able to trace their lineage back three generations on both parents’ sides, quickly sparking angry pushback online.

But the panellists also explored other definitions.

Dr. Angel Smith added, “Culture continues to evolve. What sticks is your heritage.”

That heritage is kept alive with celebrations of music, cuisine, friendliness, and other valued traditions through generations, he said.

Dr. Katherine Smith, the direct of culture, said other Caribbean countries have found interesting, effective ways of celebrating diverse cultural heritage, and the VI must consider how to do the same going forward.

Premier Dr. Natalio “Sowande” Wheatley reflected on what it means to be a Virgin Islander in a video message on July 4, as did Opposition Leader Julian Fraser, one of the longest-serving current members of the House of Assembly.

The premier said VI Day takes on a new significance based on what has transpired in recent months.

“As a people, we are in the midst of coping with a multitude of challenges,” he said. “While going through these challenges, it is important to remember who we are as a Virgin Islands people and draw on the strength of our ancestors.”

He credited generations of Virgin Islanders with shaping an independent spirit and demonstrating resilience in the face of adversity.

“I call on you to activate your Virgin Islands pride and fight for the bright, prosperous future that your children deserve,” he said.

Mr. Fraser said the VI has been continuously evolving, and “with each change of title came varying degrees of political advancement towards self-determination — at least, so we were led to believe.”

“As we evolve, it is natural that we will do what evolving nations do in search of themselves,” he said. “It is no small wonder then that we have been searching for that sweet spot in defining ourselves.”

He also expressed hope for the future development of the territory, from addressing infrastructure issues to strengthening partnerships.

“Currently, the Virgin Islands are under stress, and, unfortunately, I cannot speak to its future as I could just two short months ago,” he said. “Worst-case scenario, we can be seeing the beginning of a regression of our advancement back to the 20th Century. … How do we reconcile such a setback? As Virgin Islanders, we must recognise for ourselves what is best for us.”