At the 2022 Stingray Showcase last Thursday at H. Lavity Stoutt Community College, Sanjay Singh took first place for his project to help digitise files for Smiley’s Garage. “I was …

END_OF_DOCUMENT_TOKEN_TO_BE_REPLACED 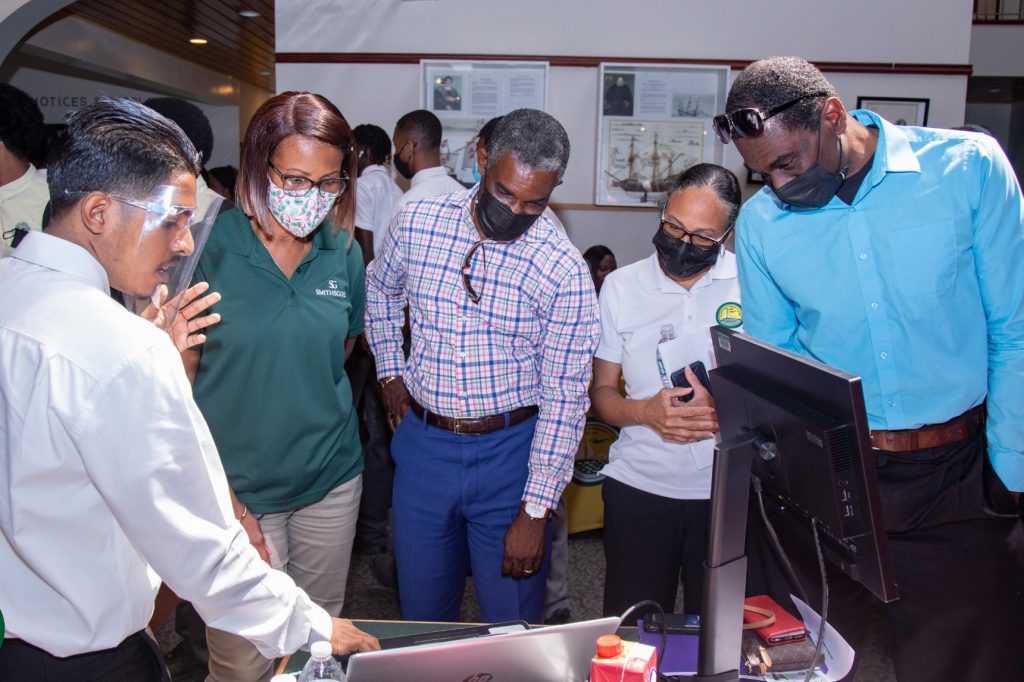 “I was pretty excited, to be honest,” Mr. Singh said. “I wasn’t expecting to win, because my classmates’ projects were very impressive.”

The showcase was held last Thursday at the school’s Paraquita Bay campus and Friday at its Virgin Gorda campus.

What began as an annual science fair was expanded for the first time into an interdisciplinary showcase where dozens of HLSCC students demonstrated what they’ve been learning.

Mr. Singh’s programme application was designed to help clients organise information, creating a “digital warehouse for all sorts of information,” he said.

The searchable digital system assists Smiley’s Garage with tracking work done on a vehicle, maintaining transaction records and work orders, and other tasks.

Mr. Singh said he was proud to support a business owner in the community. He also thanked his teacher, Dr. Sherrine Augustine, for helping him and his peers troubleshoot their projects and put forward their best work.

“She was the driving force behind all the work the entire class did to make sure that we reached the finish line,” he said.

In the future, he hopes to further his studies at a university in Canada, building on his information-technology knowledge while broadening his horizons.

The showcase also celebrated the work of students in several other departments at the college.

“Based on my tenure here, we’ve never had [a showcase] that was interdisciplinary, and I’ve been here for 14 years,” said Centre for Teaching and Learning Director Jasmattie Yamraj. “We had the computer studies science fair. But after the hurricane we weren’t able to have that fair until last year.”

She added that after discussions with senior administrators, organisers felt that the needed to expand the showcase to display the different disciplines offered at the college.

“We want to showcase what the students do, and the hope would be to encourage enrollment,” she added. “We hope that by inviting businesses and organisations, they would have seen the kind of work that the students would do and encourage apprenticeships or internships.”

“We also had a virtual showcase from the finance students where they had conversations on investing with professionals,” Ms. Yamraj said. “Humanities students created videos. The human services students who studied sociology and psychology created pamphlets about depression and the current state of mental health post-pandemic.”

There were also guided tours of the mangrove nursery at the Paraquita Bay campus. In Virgin Gorda on Friday, students from the marine studies and the culinary programmes demonstrated their skills.

A cake created by Shanda Webster Glasgow included a built-in aquarium. Nadine Hatchett Stevens received the president’s award for her creation, and Mahkayla Pickering received the popularity award for a cake featuring orange and green orchids.

“I think it was a huge success,” Ms. Yamraj said. “All of the students had really good displays and interactions with the audience. The feedback we got despite all of the distractions in the country showed us that we didn’t do too badly. I’m thinking next year we’ll have a better showcase of what it is the students do.”