A medley of choir, dance, and jazz performances graced the stage at the Eileene L. Parsons Auditorium at H. Lavity Stoutt Community College over the weekend during the 2022 Spring …

END_OF_DOCUMENT_TOKEN_TO_BE_REPLACED 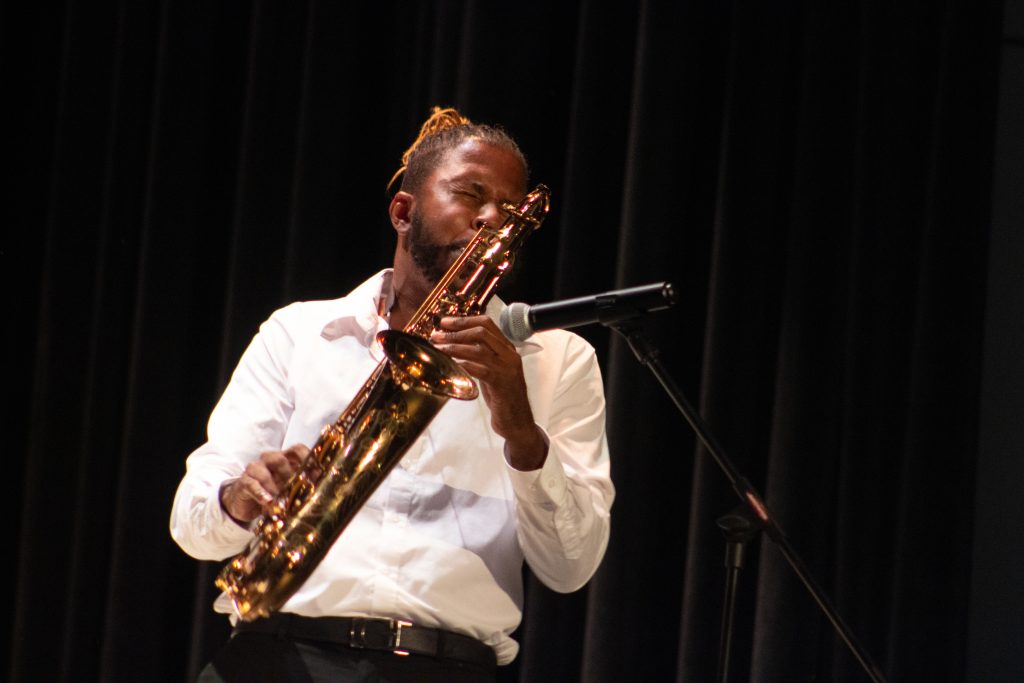 A medley of choir, dance, and jazz performances graced the stage at the Eileene L. Parsons Auditorium at H. Lavity Stoutt Community College over the weekend during the 2022 Spring Concert.

For Selvyn Dawson, an HLSCC graduate, the night was about supporting his friends.

“A group of my friends play instruments and some sing. I thought I’d come out and support them,” he said after the two-hour show.

Dozens of people spread out in the auditorium for the event, which kicked off at 6 p.m. on Sunday with the woodwind ensemble playing “Symphony No. 5” by Beethoven, “My Favourite Things” by Rodgers and Hammerstein, and “Happy” by Pharrell Williams.

Some musicians in the seven-member group also performed in other acts, taking up different instruments or singing.

We have a number of persons who performed in all the ensembles,” said emcee Bria Smith, communications director at HLSCC.

Following the woodwind ensemble, the dance ensemble performed two of three dances, the first of which was titled “Winter Winds.”

Choreographed by Che Pemberton, the dance featured eight performers including Mr. Pemberton. The second dance, “Carnival Vibes,” was choreographed by Amanda Georges, who also performed a solo aerial dance after the college chorale.

The chorale — accompanied only by a piano — sang three songs: “Seasons of Love” by Jonathan Larson, “Look At The World” by John Rutter, and “Rhythm of Life” by Cy Coleman.

For Mr. Dawson, the highlight of the show was the singing. “I enjoyed the choir ensemble,” he said. “I guess vocals is what triggers me.”

Made in association with the drama club at HLSCC, the series aims to become the first TV show produced and filmed in the territory, according to Ms. Smith.

At the end of the night, the jazz ensemble filled the auditorium with sound while performing five songs. Those included “Higher Ground” by Stevie Wonder, “Snipe Hunt” by David Wilken, “Delirio Pick” by Cesar Portillo De La Luz, “Up the Pieces” by Roger Ball, and “Hit The Ground Running” by Gordon Goodwin. The band played an encore at the request of the audience.

“This is my first spring show. I usually go to the Christmas concert,” Mr. Dawson said. “It was shorter than what I expected but it flowed really, really well.”