Because of government revenue losses during the Covid-19 pandemic, the House of Assembly recently decided to adjust the 2020 budget, approving $77 million in extra spending and shuffling tens of …

END_OF_DOCUMENT_TOKEN_TO_BE_REPLACED 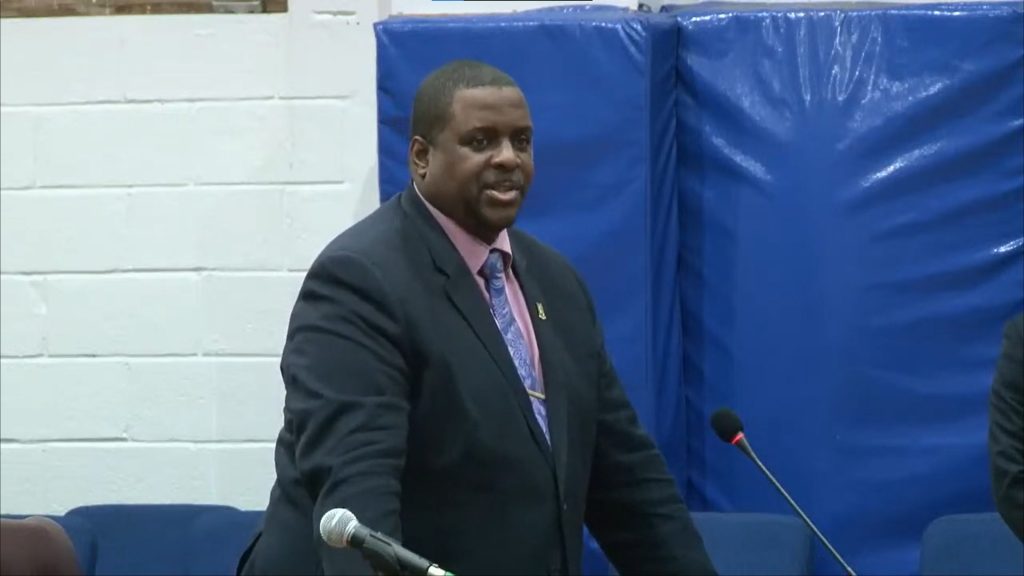 Premier Andrew Fahie explained on July 31 in the House of Assembly that changes to the 2020 budget would help “err on the side of caution” regarding the health of the Virgin Islands’ economy. (Screenshot: HOA)

Because of government revenue losses during the Covid-19 pandemic, the House of Assembly recently decided to adjust the 2020 budget, approving $77 million in extra spending and shuffling tens of millions in previous allocations, including redirecting $16 million from Recovery and Development Agency projects, nearly $6 million from education, and more than $3 million previously earmarked to pay down public debt.

The details of the changes were laid out in a resolution Gazetted Aug. 13 that modified the Appropriation (2020) Act, 2019.

While summarising the closed-door debate on the resolution, Premier Andrew Fahie said on July 31 that the territory lost revenue amid shutdowns resulting from the Covid-19 pandemic, which brought the tourism industry to a grinding halt. He explained that the changes to the 2020 budget would help “err on the side of caution” regarding the health of the Virgin Islands’ economy.

“We all know that the whole world is dealing with Covid-19, and all economies around the world are grappling on how to deal with the major effects that Covid-19 is creating,” Mr. Fahie said. “In the territory, we are not immune.”

He added that the loss in revenue forced government to re-evaluate its spending.

“We will continue to monitor the revenues of the territory, as well as the expenditure,” he continued. “We’re asking all the public officers to work with us. We made sure that we did not cut any single jobs in the public service. We’re trying to make sure that everyone stays gainfully employed. But at the same time, we do have to do more with less.”

Health and Social Development Minister Carvin Malone expressed his support prior to the vote, but no other member of the House offered public comment. The only category members amended in closed-door committee was recurrent expenditures, increasing it from the originally proposed $47,761,940.

The largest budgetary adjustments were for recurrent expenditures.

Of the $42,842,100 increase for the Ministry of Health and Social Development, the vast majority was approved for policy planning and administration.

The HOA also approved an increase for the Premier’s Office for the same purpose, from $29,484,000 to $45,519,800. Approved funding for the Ministry of Finance was decreased for areas including customs, inland revenue and the post, but it was increased $1,636,500 for “miscellaneous” expenses.

In education, the HOA approved a nearly $6 million budget decrease for the Ministry of Education, Culture, Youth Affairs, Fisheries and Agriculture. The biggest cut was to secondary education, of $2,136,800.

The resolution included a significant mark-up to maintain operations within the House of Assembly: $5,613,900 was approved in the 2020 budget, but the revised estimate came to $9,279,300. The additional spending is not itemised in the resolution.

The HOA also approved a $2,599,800 decrease in the Ministry of Transportation, Works and Utilities’ recurrent expenditures. Most of that came from water and sewerage services.

A $200,000 budget cut for the Governor’s Office was included as well, and many of the courts are now expected to spend less than initially budgeted.

An additional $31,126,583 was approved for capital development projects, but because nearly $16 million of that was pulled from RDA projects, only $15 million had to come from the Consolidated Fund.

The $15,743,100 pulled from RDA projects originally had been allocated from the budgets of various ministries, the Premier’s Office and the Deputy Governor’s Office.

The biggest beneficiary of the $31 million was the TWU Ministry, which received $25 million. That ministry also received the single largest approved increase for capital acquisitions, from $1,595,000 allocated in the 2020 budget to $5,500,500.

Additionally, the HOA approved a $3,116,100 bump for capital projects for the Deputy Governor’s Office.

When Mr. Fahie discussed the 2019 appropriations in a June sitting of the House of Assembly, he said the Ministry of Finance would also work on paying vendors in a timely manner.

“We have met some practices that we have instructed to discontinue forthwith, because it’s not nice having persons not being paid because the procedures to hire them weren’t followed, but the person that was hired doesn’t know that,” Mr. Fahie said. “You can’t hold them hostage for when government didn’t do their part.”

TWU Minister Kye Rymer noted during the July 21 HOA session that the ministry has struggled to secure the services of some construction vendors who refused to assist until they got paid for past work. He said the ministry had caught up on some outstanding fees, but more remain as staff members try to verify invoices up to five years old.

The House has also been clearing up missing supplementary appropriations from past years. The governor assented to acts from 2014 and 2015 on July 28. The acts show how government shuffled funds for various projects, using budget surpluses from some projects for other underfunded efforts.

Typically, such appropriation acts are meant to come within six months of the end of the year they address.

Passing the acts now will enable the territory to complete its annual audited financial statements, according to the premier, who explained that the absence of completed audits is a breach of the Constitution. Mr. Malone explained that passing the acts also paves the way for securing future loans.